The challenge of running an election in a region where almost 1 million voters will be casting ballots at almost 1,000 vote centers over 11 days is a stout one, and it has many moving parts involving logistics, communication, security, regulations and, not least, technology.
Jul 16 / By Dennis Noone 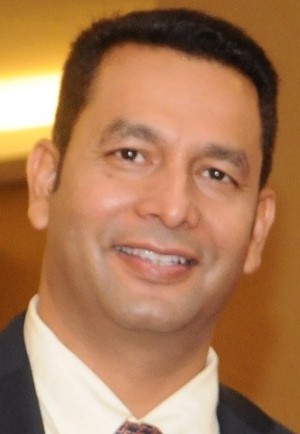 Now at the midway point between March’s primary voting and the November general election, Los Angeles County election officials say they’ve got the technology in place to assure accurate, secure vote tallies and a verifiable chain of custody for ballots as well as hardware.

The challenge of running an election in a region where almost 1 million voters will be casting ballots at almost 1,000 vote centers over 11 days is a stout one, and it has many moving parts involving logistics, communication, security, regulations and, not least, technology. It's a challenge that encompasses about 80,000 devices and 300,000 data transactions.

Los Angeles County’s Assistant Registrar-Recorder/County Clerk Aman Bhullar, who’s also the chief information officer for that county department, says the technology is ready for November. It’s the latest iteration of Voting Solutions for All People (VSAP), a modernization initiative the county rolled out in 2009 and which it continues to refine and update.

Because the county population is so large and diverse, accessibility is a key consideration in implementing any technology, Bhullar said. And once the decision was made in November to update the system from top to bottom, he said, that left a short window — from November until February — until the technology was needed for the March primaries.

“Accessibility was huge. It was such a great experience when we saw an elderly woman with some accessibility challenges, when she could vote all by herself — that was the moment that actually made me so proud of VSAP,” Bhullar told Techwire in a recent interview. “It allows you to vote in 13 languages, so for our diverse electorate that speaks and understands different languages, they have no problem voting on their own.”

Bhullar and his team worked with Colorado-based Cherwell to ensure, among other things, that security protocols, including federal ones, were not just met but exceeded. That included not only logging votes but also managing hardware, such as Ballot Marking Devices (BMDs), which Bhullar described as “the core” of the system. The stand-alone devices are audited, tracked and secured with zip ties, and they’re followed every step of the way from warehouse to voting center, then back again.

With the expansion of voting from one day to 11, and from neighborhood precinct polling places to regional voting centers, voting is a much more complex government function than it was in the past, Bhullar said.

“Gone are the days when voters had to go and vote on one specific Tuesday,” he said. “We actually allow voters to cast their ballots up to 11 days” before Election Day.

“As with any new technology … we were going from a strictly paper-based process to a more electronic experience. … We needed to make sure that we are tracking who has touched a particular device and at what time, and why.” In addition to the BMDs, the Cherwell system also tracks electronic poll books, tablets that are used to check in voters; routers that connect the poll books to a network; and uninterruptable power supplies in case of an outage.

In the security realm, maintaining a “chain of custody” is a critical part of an election, said Abigail Calderon, an Information Systems analyst in the Registrar-Recorder/County Clerk’s Office.

The chain of custody included tracking all those devices and maintaining the security seals on each. Those seals have to be verified every time a device is maintained or brought in for troubleshooting or repair. And finally, once the devices are deployed to voting centers across the sprawling county, they “check in” three times a day automatically to make sure they’re still up and running.

“We did determine that any of the solutions that we had to create would be secure, because obviously the system would be responsible for tracking and recording the history of this election equipment,” Calderon said. “That was a very large responsibility. We needed to make sure that it was easy to use, that it was accessible for our users, and that it was scalable: We have elections where we have thousands of people in the system, and then other times where we just have a few people to accommodate some of the smaller elections.”

Calderon added that ease of use of the technology was also a key consideration.

“A lot of our techs were in the warehouse, or it could be an election worker in the field, or it could be someone sitting in a call center, so we needed those different types of platforms,” Calderon said.

Through brainstorming and doing a “lessons learned” exercise after a mock election dry run last fall, Calderon said, the county decided they needed to modernize their old process, particularly the chain-of-custody procedures.

“As we started looking around with these lessons learned in mind and the requirements that we had come up with, we found that nothing was readily available on the market for what we were trying to do, and of course, we did have a tight timeline,” Calderon said. “We had utilized Cherwell in the past for some of our departmental asset management systems, were familiar with the no-code platform, and we thought this was something that could be modified to accommodate our needs.”

Dan Morgan, Cherwell’s director of professional services, said that despite the project’s short timeline, his team and Bhullar’s had “a great collaboration.”

“We got some great feedback from some of the older volunteer election workers about how easy the system was to use,” Morgan said. “We wanted to make sure it was really simple, very intuitive, lots of prompts, in case there were questions the workers had.”

Morgan noted that Cherwell developed the various apps and dashboards that are used in every step along the way — from the “boots on the ground election workers,” to the field service technicians, to the warehouse workers who log the BMDs in and out at the beginning and end of the 11-day voting period.

“Our teams at RR/CC as well as Cherwell were extremely dedicated to make sure that we have this security portion in place in time for the March primary elections,” Morgan said.

Bhullar noted that the county had security oversight from the California Secretary of State’s Office, the federal Department of Homeland Security, and third-party security testers.