“The Office of the CIO is very proud of the effort and leadership that was displayed in launching the #LACounty Women in Data Science inaugural event," said LA County CIO Bill Kehoe. Last week's event was held at the county's former data center — the same site where the Apollo Command Module was designed.
Jun 3, 2019 / By Rebecca Friedman 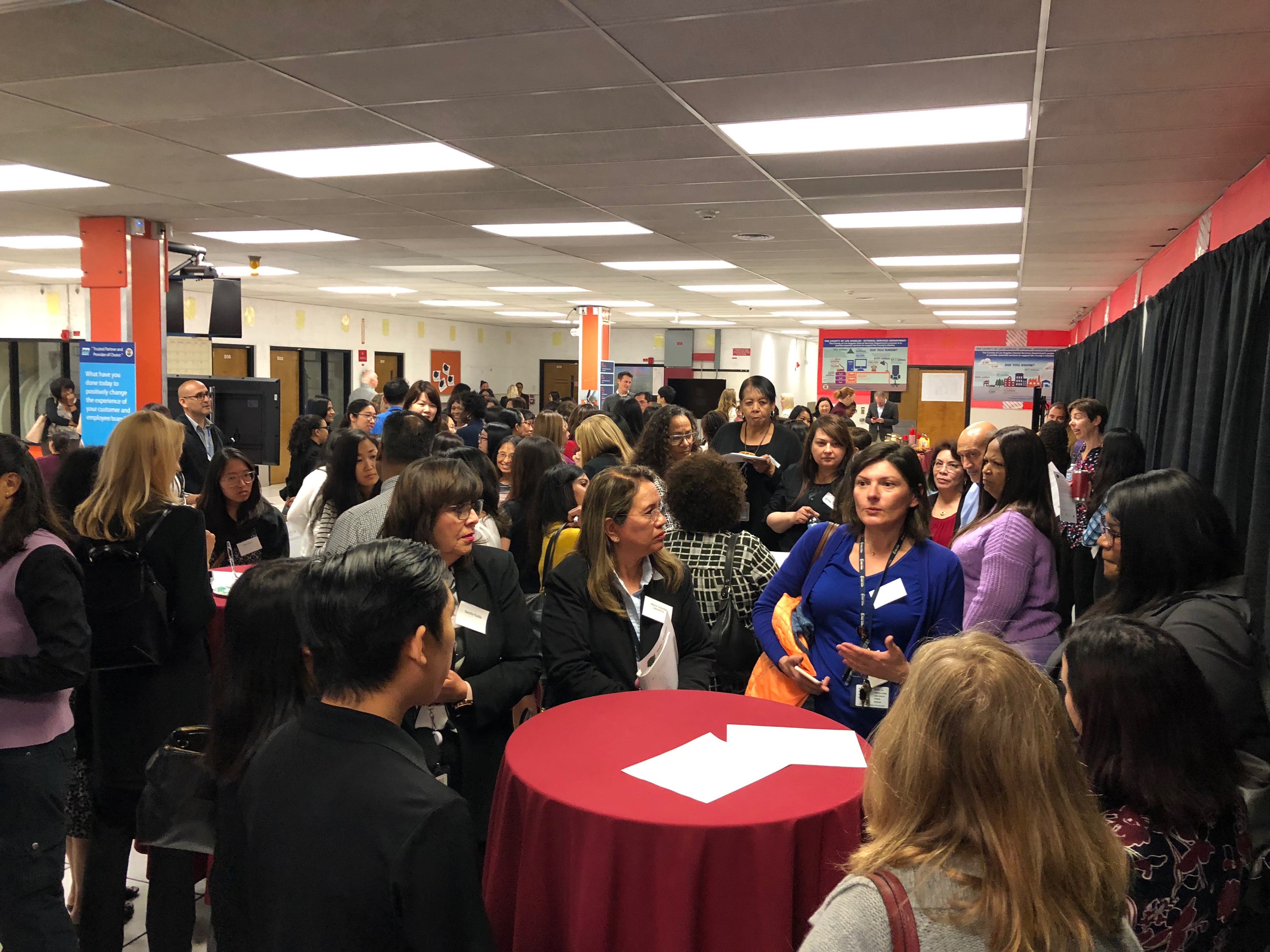 Dr. Fei Wu, a program specialist and researcher from the county Office of the CIO (OCIO), served as the WiDS ambassador for the program, which is a global initiative that started in 2015 and supports more than 150 events annually. The initiative aims to inspire and educate data scientists worldwide, regardless of gender, and to support women in the field. The Los Angeles County event was the first government event delivered as part of the WiDS at Stanford program.

“I believe everybody probably has her own definition of what data science is and what it should accomplish,” Fei told the group. “By doing our daily job, we are all contributing to making sense out of this messy field of data science.”

The communications manager for the OCIO, Sylvia Boyadzhyan, said the program has the full support of the county’s chief information officer, Bill Kehoe.

“The Office of the CIO is very proud of the effort and leadership that was displayed in launching the #LACounty Women in Data Science inaugural event,” said a written statement from Kehoe. “It was a very successful event that brought together talent from around the County.”

To showcase how data science is and will be transforming public domains, the event included inspirational talks hosted by individuals who advocate for women’s careers in data science; presentations by professionals who have hands-on experiences using data to inform policy and practice; interactive panel discussions with leaders who provided advice on pursuing a career in data science; and a session of facilitated networking with CIOs and data science experts. Sessions were led by county IT leaders, researchers from local universities, and AWS, Slalom and Google.

Fittingly, the event was held in the space where the county’s data center was housed for more than 45 years and, before that, where the Apollo Command Module was designed.