Trip data, which includes real-time locations and routes, could — without a significant amount of effort — be fleshed out to reveal the individual identities of riders, the lawsuit states.
Jun 22 / By Skip Descant 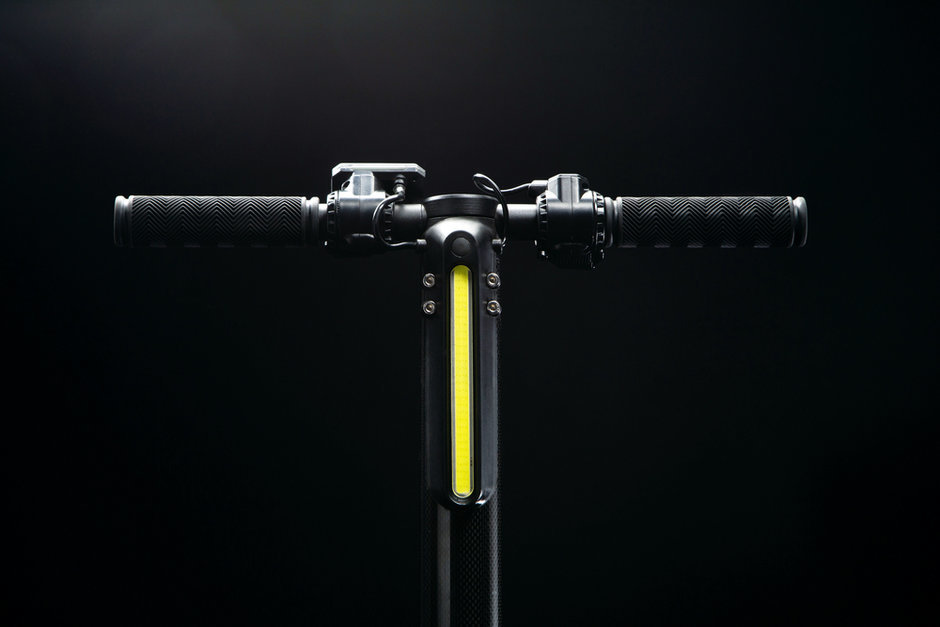 The collection of trip data from shared e-scooters in Los Angeles is being challenged in federal court.

The American Civil Liberties Union (ACLU), in partnership with the Electronic Frontier Foundation (EFF), filed a case in Federal District Court in California on behalf of plaintiffs Justin Sanchez and Eric Alejo, claiming the Los Angeles Department of Transportation ought not collect detailed trip data for shared micro-mobility devices like bikes and scooters. The lawsuit, filed June 8, seeks to halt the collection of this data by LADOT.

Trip data, which includes real-time locations and routes, could — without a significant amount of effort — be fleshed out to reveal the individual identities of riders, the lawsuit states.

“Knowing that a particular trip began at an office building and ended in front of a home, for example, makes the difficulty of identifying the rider as simple as knowing their home and work addresses,” the lawsuit reads.

The collection of this data is facilitated by a software tool known as Mobility Data Specification (MDS), developed by LADOT and a private-sector consultant and released in 2018. The tool establishes a common language to standardize the sharing of mobility data, particularly trip data. Providing this trip data is a condition for deploying scooters in the city.

LADOT contends the trip-data is needed to better understand how mobility devices are being used and the infrastructure needed to support them, as well as to ensure the equitable distribution of the devices and other transportation policy goals.

Officials with LADOT did not comment directly on the lawsuit, but pointed to a February commentary piece in Forbes magazine, by Seleta Reynolds, general manager of LADOT. In that piece, Reynolds defended the collection of trip data and the use of MDS, calling it a “straightforward tool” and a key aid in the city’s aim to effectively manage the vast proliferation of micro-mobility devices.

MDS is largely viewed as a platform to facilitate the management of mobility devices by the city, she explained in during a panel discussion at the CoMotion L.A. conference in November, titled “Can Cities and Their Disruptors be Friends?”

“This is bold new stuff for cities to do,” Reynolds admitted.

Achieving transportation management goals can — and should — be done without the collection user data, said Hannah Zhao, a staff attorney with EFF.

“First, it’s a false choice to say that if we want good transportation regulation, we must give up our privacy interests,” Zhao said in an email. “The government has not always demonstrated an ability to convert data into good policies. Second, there are alternatives to MDS that the city should pursue first in furtherance of transportation planning regarding micro-mobility vehicles.”

Bringing in different data sets for analysis, which can lead to data-driven decision-making, is often a central goal of cities as they explore innovation and solve large urban problems like traffic congestion, said Lilian Coral, director of national strategy and technology innovation for the Knight Foundation.

“In some ways, you kind of have to get your hands on the data to see what it really tells you, to ask it a lot of questions, to be able to then see patterns and trends, and then figure out, ‘Oh, this is letting me know about this, or that,’” said Coral.

“Cities need data about where vehicles are parked and ideally where people are riding them to plan for safer streets for all road users, but especially vulnerable ones like bikes, scooters and pedestrians,” said Regina Clewlow, CEO and founder of Populus, which functions as a third-party aggregator of mobility data, providing deidentified movement information to cities from private mobility companies.

Still, the public collection of movement data could put cities in uncharted legal waters when considering concerns around privacy and ethics, say experts.

“They almost have to start by creating some of these guardrails before they even get their hands on the information, to even know what to do with it,” said Coral, a former chief data officer for the city of Los Angeles.

Some of those “guardrails” have been outlined in the LADOT’s Data Protection Principles, where mobility data received from MDS is classified as “confidential,” among other safety protocols, according to documents submitted to the Los Angeles City Council last week.

The case in Los Angeles may be further complicated by the recently passed California Consumer Privacy Act (CCPA), as well as the California Electronic Communication Privacy Act (CalECPA ), which set up some of the most stringent regulations in the country related to electronic consumer data.

“Successful city planning has never relied on such granular data and such a significant intrusion upon its citizens before,” said Zhao, the EFF attorney. “Additionally, it’s important to remember that the data from MDS lacks the type of protection and security measures that easily de-anonymized data should have, which is incredibly concerning.”

And indeed, the California Legislative Counsel Bureau offered its opinion in an Aug. 1, 2019, letter to state Sen. Jacqui Irwin, saying, “... CalECPA restricts a department of a city or county from requiring a business that rents dockless bikes, scooters, or other shared mobility devices to the public to provide the department with real-time location data from its dockless shared mobility devices as a condition of granting a permit to operate in the department’s jurisdiction.”

Earlier this year, JUMP Bikes, a division of Uber, challenged the collection of mobility data by LADOT, arguing that the California Electronic Communication Privacy Act (CalECPA) prohibits the city from demanding the ride-hailing company hand over its trip data. The legal dispute is ongoing in federal court. It’s unclear how Uber’s divestment of JUMP will affect how this case moves forward.

Even though private companies like Uber, Lyft and other scooter operators collect detailed user data, the chances of it being used for policing is minimal, said Zhao.

“We have qualms about the collection of data by companies as well, but there are key differences between the government and private entities,” Zhao pointed out. “The latter can’t put you in jail, and, importantly for the cases we’re filing, they can’t violate the Fourth Amendment or CalECPA.”

In many respects, MDS represents one of the first wide-ranging attempt to capture usage data related to micro-mobility devices. That information can help cities better understand how these new mobility systems — and the other that will follow — will help solve any number of transportation needs, but also help to close equity gaps and open up transportation opportunities, some observers argue.