As the city's new chief data officer, Holm brings decades of public- and private-sector experience to Los Angeles City Hall. Among her affiliations are the United Nations, NASA and the World Bank Group.
May 11 / By Dennis Noone 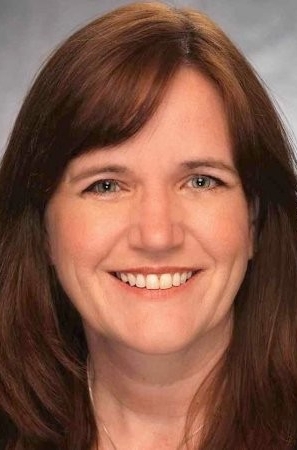 Before the promotion to her new role, Holm also held two other titles with the city — deputy chief information officer and assistant general manager of the city Information Technology Agency (ITA).

In her new role, Holm’s areas of oversight are broad. In an announcement about her new position, she describes her new responsibilities this way: “Create innovative, data-driven solutions for the City to use in managing public health and safety, focusing on equity, improving digital inclusion, improving City services, and ensuring businesses and residents have the data they need. Lead public-private partnerships to bring more internet connectivity and digital literacy to all neighborhoods in Los Angeles. Partner with cities globally in using advanced technologies and data to focus on shared issues like air quality.”

Holm also brings a global visibility to City Hall: She’s been affiliated for almost 20 years as a symposium chair and the as a fellow in the United Nations’ International Academy of Astronautics. As an “evangelist” for the U.S. General Services Administration’s Data.gov project, she led the federal government’s national and international collaboration on open data, a role in which she reported to the federal chief information officer and chief technology officer in the Executive Office of the President, according to her extensive LinkedIn profile. She also previously served as chief knowledge architect for the National Aeronautics and Space Administration (NASA); as an open data senior consultant for the World Bank Group; and as an adviser to the UN’s Sustainable Development Solutions Network. She is a distinguished instructor at UCLA and has been a guest lecturer at Pepperdine University.

Closer to home, Holm has been the editor of the ITA Weekly Digest newsletter. In the latest edition, distributed Friday, she writes: “This will be my last Digest, as I’ll be moving from ITA to the Mayor’s Office. It’s truly been an honor working in ITA, and helping keep everyone up to date on the news each week. Thanks for all that you do, for the amazing work you’ve done during this crisis, and for being such great collaborators.”

The city’s CDO position, created in March 2016, was previously held by Lilian Coral, director of national strategy for the John S. and James L. Knight Foundation, a Miami-based philanthropic organization.