The state budget that passed in 2018 authorized an additional $15 million to build out the remaining sensors needed for California to have a complete warning system.
Jan 3, 2019 / By Tribune News Service 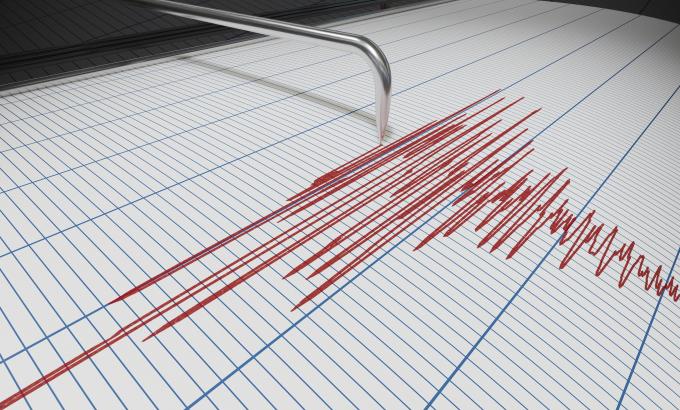 Los Angeles has unveiled its long-anticipated earthquake early warning app for Android and Apple smartphones, which is now available for download.

ShakeAlertLA, an app created under the oversight of Mayor Eric Garcetti and the city, is designed to work with the U.S. Geological Survey's earthquake early warning system, which has been under development for years. It's designed to give users seconds — perhaps even tens of seconds — before shaking from a distant earthquake arrives at a user's location.

"ShakeAlertLA sends you information when a 5.0 or greater earthquake happens in Los Angeles County, often before you feel shaking," the app says.

Garcetti was scheduled to make an official announcement unveiling the system Thursday morning. The app, which is also available in Spanish, was built under a contract with AT&T and was published quietly online on New Year's Eve, and by Wednesday morning, users of social media had already found it and begun tweeting their excitement about the release.

For more than a year, the mayor has talked about providing an earthquake early warning app for Los Angeles residents, even as it seemed that making it a reality would be difficult.

But in October, Garcetti seemed optimistic that ShakeAlertLA would be unveiled by the end of 2018 if it passed initial testing among thousands of city employees.

"By advancing earthquake early warning technology, we are making Los Angeles stronger, making Angelenos safer," the mayor told reporters in October. "And it'll help save lives, most important, by giving people those precious seconds to stop elevators, to pull to the side of the road, to drop, cover and hold on.

"All that will not happen the first day we launch," Garcetti said. "But together, with the private sector, we will build the software and the hardware that will allow us to be able to anticipate and react to an earthquake before we even feel it here."

Warnings could soon be made more broadly available statewide. Josh Bashioum, founder of the Santa Monica company Early Warning Labs, which has been closely working with USGS, said it hopes to release a beta version of its app, QuakeAlert, to as many as 100,000 test users across California soon.

So far, 90,000 people have signed up to be on the company's wait list. That release will be kept on a test basis as experts determine whether there are any bottleneck delays in issuing push alerts.

A warning time of a few seconds can save lives, allowing utilities to turn off large high-pressure fuel lines, doctors to stop surgeries, transit agencies to slow trains and schoolchildren to shelter under desks.

The system is not likely to be perfect, especially in its first few years of service. As residents of Japan, Mexico and other places that already have the alerts have learned, the system comes with false alarms and missed warnings. And early warnings probably won't be possible for users at the epicenter of a quake.

A prototype system has proved successful in many recent minor and moderate California quakes, notably the 2014 magnitude 6 earthquake that hit Napa, giving San Francisco eight seconds of warning. Earlier that year, scientists in Pasadena got six seconds of warning when a magnitude 5.1 earthquake hit La Habra.

There are 865 earthquake sensing stations online for the early warning system on the West Coast, including 615 in California, but 810 more are needed, officials said. Too few sensors could mean, for instance, that Los Angeles would experience delays in warnings from an earthquake that starts in Monterey County and barrels south along the San Andreas Fault.

The state budget that passed in 2018 authorized an additional $15 million to build out the remaining sensors that are needed for California to have a complete warning system. By this spring, California's network is expected to be 70 percent complete, and by 2021, officials hope, all 1,115 seismic sensor stations intended for California will be online.

The system has become more popular with federal officials too. In March, as part of the $1.3 trillion budget bill approved by Congress and signed by President Trump, officials approved $22.9 million for the project, funding that more than doubled how much the warning system got in the previous year's budget at $10.2 million.