San Jose has used partnerships with telecom companies to not just enable the rise of 5G, but also to simultaneously help bridge its serious digital divide.
Feb 3 / By Zack Quaintance 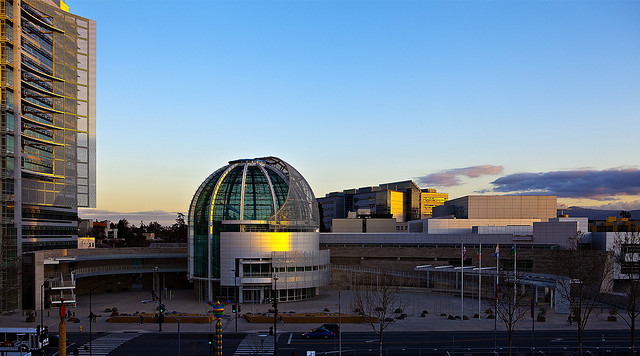 In the coming years, 5G wireless Internet stands poised to remake the online world, its unprecedented speed enabling advances in everything from public safety to virtual reality. Within this progress, however, there exists another near-certainty — segments of the population will be left out of the advantages.

Tech leaders say 5G may present users with yet another so-called digital divide and require them to buy newer, more expensive devices, while posing an affordability challenge to entities that build small-cell networks.

But there are actions local government can take to help turn the advent of 5G into an opportunity that city hall can use to foster digital equity, and there’s already one major tangible success story.

San Jose recently announced the largest digital equity fund of any local government in the nation, one that will see $24 million in grants given to digital inclusion work in that city over the next 10 years. And that fund would indirectly not have been possible without the coming of 5G.

Last decade, San Jose did a benchmarking study to compare some of its digital equity issues with those of peer cities, and city officials did not like the results, said Dolan Beckel, who previously served as San Jose’s civic innovation and smart cities lead before being named chief innovation officer this month.

Officials there found that despite being at the veritable heart of Silicon Valley, some 200,000 residents there did not have access to the Internet. The San Jose metropolitan area is home to some of the largest and most innovative companies in the world, yet there was a serious digital divide and poor connection quality plaguing much of the city.

So, San Jose began to build inclusivity into the core of its tech and innovation work, with everyone from Mayor Sam Liccardo to the city council buying in and making equity a priority. Around the same time, 5G networks began to become a reality.

With that next-gen connection now realistic, telecom companies needed access to the city’s infrastructure — to rooftops, alleyways, utility poles — to set up the physical small-cell boxes that make the service work. The largest communications companies in the world needed the city’s infrastructure, and they wanted access to be fast and predictable, which were priorities the city shared.

What emerged was a partnership between the local government and private sector Internet providers, one that would rent the latter the real estate needed in exchange for money the city could channel back into digital equity efforts.

As a result, telecom companies are responsible for $14 million of the grant money San Jose is now offering to advance digital inclusion. The first round of grants, spanning 30 agencies and $1 million, will go before the city council this month.

Beckel had worked for the same telecoms he found himself helping the city communicate with, giving him special knowledge of their technology life cycles, spending practices and other information that got the two parties on a mutually beneficial page. But he said in a recent conversation with Government Technology that there are lessons from what San Jose accomplished that can benefit other cities, too.

The chief lesson is that the involved parties need to work together here, because they all want the same thing. While shareholder priorities and the needs of government can often be in opposition, in the case of 5G everyone wants faster Internet throughout the city, and they want to make that happen through a speedy and predictable installation process.

It really does benefit the city to find a way to approve installation permissions faster, especially if officials can leverage that for financial benefit. This can be achieved by finding an agreeable way to have the technology rolled out at scale, rather than on a project basis.

“It could be a pole-by-pole or rooftop-by-rooftop knife fight,” Beckel said, “where 5,000 times we negotiate this, or we could negotiate the entire city.”

Doing this at scale may involve building new process tools to make the whole process easier, which is something San Jose used to go from issuing five permits a year to 60 permits in a week, and they built those tools, again, through public-private partnership.

Beckel also stressed that it is important for cities to view providing affordable broadband options as vital to the service they provide residents.

“Who knows what 5G is going to usher in, but we felt very passionate that we can’t have 5G widen the digital equity gap,” Beckel said.