Lloyd and Wozniak: 'We Take Our Nerdiness Seriously Here'

San Jose CIO Rob Lloyd and Steve Wozniak, the iconic co-founder of Apple, schmoozed Tuesday in the run-up to Silicon Valley Comic Con, one of many cultural ventures that Wozniak supports.
Aug 14, 2019 / By Dennis Noone 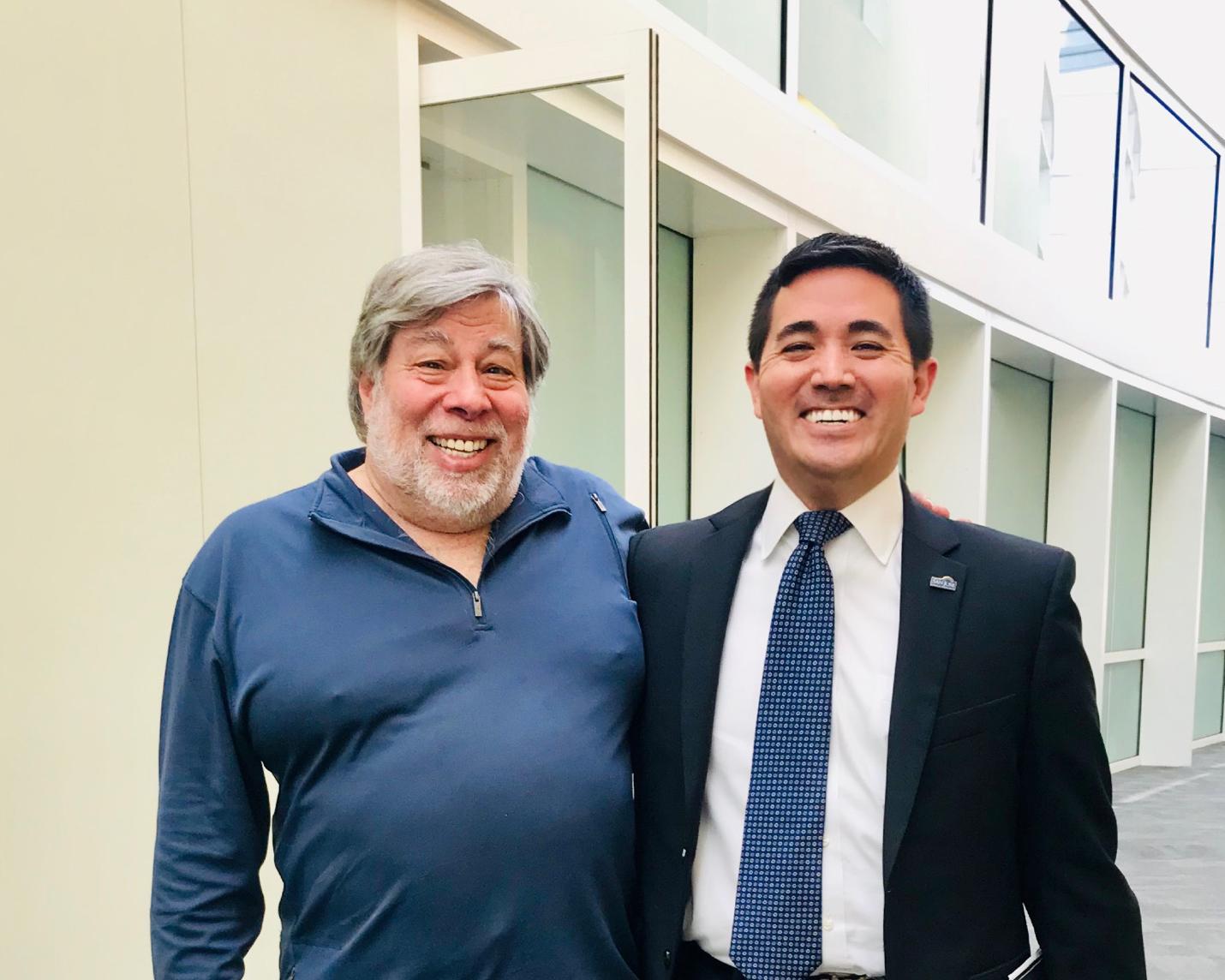 Rob Lloyd shared this photograph of himself and Apple co-founder Steve Wozniak on LinkedIn.

Against the backdrop of the Silicon Valley Comic Con, San Jose CIO Rob Lloyd found it fitting to enjoy an animated conversation with Steve Wozniak, the iconic Apple co-founder who promotes the annual event.

“Steve Wozniak is a proud son of San Jose and an ambassador for the city,” Lloyd told Techwire in an email. “Woz indeed spoke to celebrate the start of (Silicon Valley) Comic Con, right after we hailed our Scripps Spelling Bee Co-Champion.”

“We had a chance to chat a little,” Lloyd said. “Woz noted that invention is the intersection between ideas and doing, so there’s tremendous value in play. Comic Con is a celebration of creativity, and San Jose’s version ties in learning and technology to the event. We take our nerdiness seriously here.” Lloyd noted that the City Council celebrates the opening of Silicon Valley Comic Con (and other events) in costume.

Lloyd, the CIO for the nation’s 10th-largest city, said he made clear to Wozniak the impact that the pioneer had on his life.

“I thanked him for his role in the personal computer,” Lloyd said, “and shared that the first thing my dad and I did as a joint hobby was work on our Apple IIe Plus in Computer Club in Japan. So, I told him he had a direct impact on my passions and career.

“We laughed about the old slots and cards and jumpers in that design. He shared how things have gotten so much smaller with technology, and then how it has moved to the Web and hosts.”

Aside from being a tech visionary, Wozniak is a longtime patron of the arts and pop culture. Among other ventures, he promoted the wildly popular US Festival in 1982 and 1983, which brought the day’s top musical headliners to a remote site in San Bernardino County for three-day celebrations of rock and tech. He also played integral roles in founding and sponsoring the Electronic Frontier Foundation, the Tech Museum, Silicon Valley Ballet and Children’s Discovery Museum of San Jose.

Fast-forwarding to today, Lloyd said, he appreciates the fact that San Jose is a world-class tech leader — and that it’s not all serious.

“We may be the leanest big city in the nation in terms of resources, but we have unmatched riches in the people we get to work with,” he said. “Some of the gifts of San Jose as a community are that we are a digital-native community, that we understand the importance of play and failure to learning, and that we have world-class ambassadors and partners like Woz.”

“To have a mayor and City Council who are wise in their understanding of those aspects of applying technology to the city’s needs … well, we count our wonders often,” Lloyd said. “Being CIO in San Jose is wonderfully demanding based on the expectations, but a true treat in that we have a shot to make amazing government real.”