Scott Christman, who was an award-winning chief information officer while with the Office of Statewide Health Planning Department, is returning to state service after a brief period in the private sector.
Aug 11 / By Dennis Noone 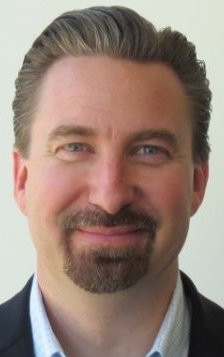 Christman most recently served the state as deputy director and chief information officer (CIO) for the Office of Statewide Health Planning and Development (OSHPD), a role he held from June 2014 to December 2019, when he left state government and joined Slalom Consulting as practice area leader for data and analytics.

In 2016, Christman was honored by the California CIO Academy as a California Public CIO of the Year, a recognition given to IT chiefs who demonstrate vision and leadership. In its coverage of the awards, Techwire sister publication Government Technology magazine reported: “Christman led development of a business intelligence dashboard that provides executives with critical data for making decisions and replacing a two-week manual reporting process with a robust interface that is refreshed daily. It was through Christman’s diligence and under his leadership that his agency remained the only government organization to participate in a pilot from the American Health Information Management Association’s data and information governance maturity model.”

Christman, who has a master’s in planning and development from the University of Southern California, was project manager in OSHPD from 2001 to 2007; before that, he was a senior account executive with Esri from 2001 to 2007. He then served as eServices program manager at CDPH from 2009 to 2010. He joined the private sector in 2010, working as director of health information exchange and meaningful use for Adventist Health until 2012, when he returned to state government. He served as assistant director for the California Office of Health Information Integrity (under CHHS) in 2012, then joined the Institute for Population Health Improvement, part of the UC Davis Health System, where he served until 2013. He then served as chief of public health informatics at CDPH from 2013 to 2014. Christman was named deputy director and chief information officer for OSHPD from 2014 to 2019, and from 2016 to 2017 he also served as acting agency chief information officer (AIO) at CHHS.