The agency's board of directors approved a contract extension with the ride-share technology provider, and an expansion to nearby communities is under consideration.
Oct 8, 2019 / By Tribune News Service 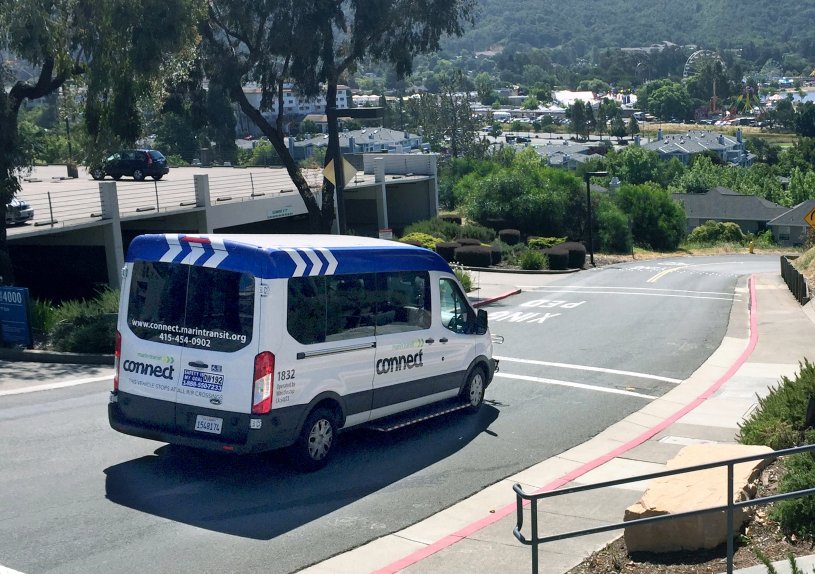 Marin Transit has approved a six-month extension of its on-demand ride service, Marin Transit Connect, and might expand the service to other areas of San Rafael and Lucas Valley next year.

The agency’s board of directors voted unanimously this week to extend its contract with Via, the ride-share technology provider, from December through June 2020. This is the second extension the board has approved this year.

The extra months will allow Marin Transit and Via to test a potential expansion of the service area beyond Terra Linda as well as consider changes to the fare. The cost of the contract extension is not to exceed $29,000, bringing the total contract cost up to $54,000. Via provided the technology for free during the first year of the test run.

“At this point it’s a little bit unclear what that program will look like beyond July 1,” Robert Betts, the agency’s planning and operations director, told the board.

While the rides are limited to the Terra Linda area, the agency is considering expanding the service to Lucas Valley, Santa Venetia and areas of downtown including the San Rafael Transit Center and downtown SMART station, Betts said.

Launched in May 2018, Marin Transit Connect has been significantly underperforming in its ridership goals, according to staff. The service has been costing the agency about $40 per passenger trip, much more than the target of $15 per passenger trip. However, staff said there have been repeated requests to expand the service to other areas, which they said could help improve ridership numbers.

While Via has been providing the technology for the pilot phase of Connect, it might not be permanently. Along with the contract extension, the board simultaneously approved issuing a request for proposals to other vendors that could operate the Connect program.

“Potentially, we may start over,” Betts said in response to a question by board member Kate Colin.

Board president Damon Connolly, the county supervisor who represents San Rafael, said he supported looking at expanding the service beyond its current boundaries.

“It sounds like that will be a key part of what you’re reviewing going forward as well,” Connolly told Betts.