Four members of Mayor Eric Garcetti's IT leadership team discuss the growing importance of data-driven city government and the projects that make the city a tech innovator.
May 3, 2018 / By Zack Quaintance 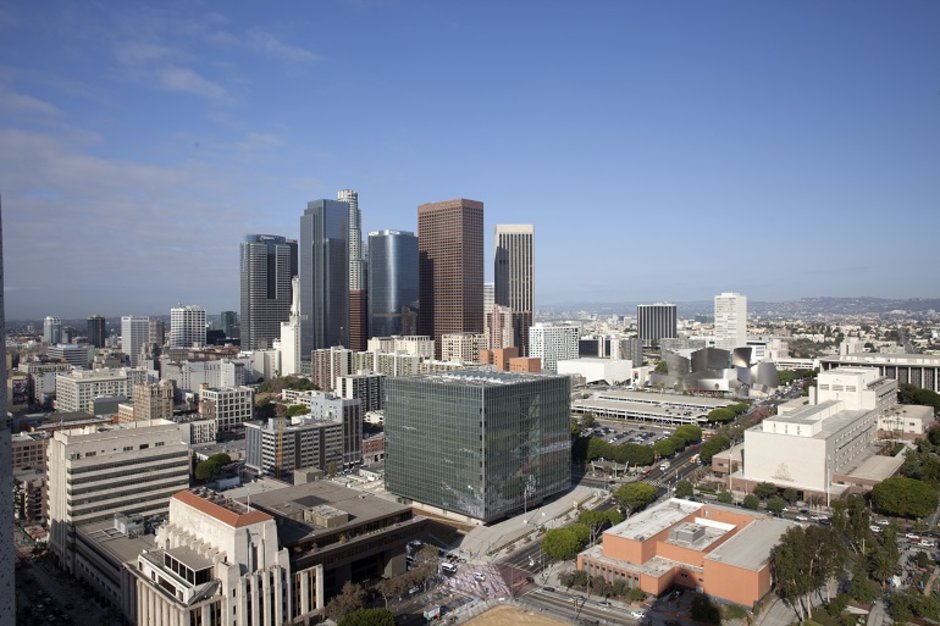 Los Angeles, the nation's second largest city, has become an influential testbed for government technology, with a track record of ongoing projects related to digital equity, data-driven governance and more.

City leaders say that such efforts are largely the result of a top-down commitment to technology that has permeated city hall under Mayor Eric Garcetti, made possible by the individual talent brought in to manage and execute that vision. To gain better insight into work underway in Los Angeles, Government Technology, Techwire’s sister publication, recently spoke with four members of Garcetti’s team about a range of topics, from their personal reasons for working in city government to what they see as the future of IT in Los Angeles and beyond.

One of the most prominent and forward-thinking govtech projects in Los Angeles of late has been Chip the chatbot, whose name stands for City Hall Internet Personality.

Launched in May 2017, Chip was at the forefront of a wave of municipal government artificial intelligence efforts to better serve constituents. At the time, Chip's functionality was limited to the Los Angeles Business Assistance Virtual Network (BAVN), a site residents visited to learn more about starting and managing businesses in the city. The chatbot has since been extended to assist the Los Angeles Police Department (LAPD) recruiting initiatives and other facets of city hall.

To Los Angeles CIO Ted Ross, Chip’s conception, development and execution is an excellent example of how the city approaches innovation. Chip, Ross said, started when technologists basically toyed around to see if chatbots would help improve government.

In the early hours of testing, however, Chip took more than 180 questions. Fast-forward to a year later, and the bot now handles more than 1,400 questions each week. The city also tries to take a private-sector mindset with Chip, using data to determine where its projects will deliver the best value, Ross said.

“If you’d have asked me a year ago, I’d never have thought LAPD recruitment would be a great place to put a chatbot, but then we started seeing the need with those recruitment efforts and what the chatbot could offer,” Ross said. “It’s been immensely popular.”

Like Ross, Ladin-Sienne’s ongoing work has begun to speak to another set of values that Los Angeles applies to its IT work: using data to drive meaningful change in government. The apex of this effort is Los Angeles’ GeoHub, a map-based portal designed to improve communication across city departments, while also working to increase community engagement. GeoHub, which is powered by Esri’s enterprise location engine, essentially connects location-based data to support city operations via interactive maps that can be created and modified in real time, whether they are public-facing or intended for cross-departmental decision-making.

Ladin-Sienne said the team is currently working to develop more pages for GeoHub, potentially related to urban heat data, information about refugees and immigration data. The work has become wide-spanning and is having a direct impact on the ongoing evolution of data-driven governance in Los Angeles.

“There used to be a lot more hesitation and sometimes even fear for government employees around data and what it may reveal,” Ladin-Sienne said, “and I’ve seen a real embrace — especially in Los Angeles and in Mayor Garcetti’s administration — to use data as a powerful tool to make things better.”

To that end, Ladin-Sienne and her cohort regularly conducts training — both within and outside of city hall — to spread awareness about data platforms, what data science is, what it can be used for and more. Internally, there has been an increase of requests for short-term data projects, which the city has connected to its Summer Data Academy program, bringing in students and assigning them to specific projects within municipal departments. In addition to helping departments overcome obstacles, Ladin-Sienne said the academy has also been a great pipeline for hiring.

The next big focus for data work in LA, she said, is an ongoing project that involves data training for members of all 96 neighborhood councils within the city.

Miguel Sangalang, one of the most veteran public servants currently working on technology in the city of Los Angeles, has had a 10-year stint that spans several administrations.

He started his career managing the city's Bureau of Sanitation’s desktop computers and help desk line before rising all the way to his current position of deputy mayor for budget and innovation, where he now coordinates core governmental functions such as the $9.8 billion annual budget, performance management, sustainability, data and innovation.

While Ross was able to speak toward using private-sector methodology such as failing in the service of finding effective innovations and Ladin-Sienne talked of the importance of both external and internal data-driven governance work, Sangalang’s concerns revolve around cutting bureaucracy through the efficient use of technology while empowering public servants to achieve more with their work.

One thing he has brought to his role is a perspective that values innovation.

“We really do want a larger culture shift,” Sangalang said. “It’s very interesting to hear people talk about government and how risk-averse and static it is, but it can be a dynamic place. We didn’t have libraries until someone created libraries.”

He said the city also understands that new uses of technology are opening up near-endless potential to solve ongoing and evolving problems.

“Tradition is not the thing that will help us with all these new problems,” Sangalang said. “Homelessness is not an easy problem for any one department. It’s going to require a new paradigm.”

Jeanne Holm has an impressive resume that includes 32 years at NASA, where she served as the chief knowledge architect, working on large systems such as NASA.gov. She also worked with President Obama as an evangelist for data.gov, and as a consultant for the World Bank, where she led open data work in Africa.

What then, the question might become, could Holm have left to do in a local city hall, even in a city as large as Los Angeles? The answer, she said, is quite a bit.

As deputy CIO and senior technology advisor to Mayor Garcetti, Holm has put a special emphasis on work related to digital equity, which encompasses a wide range of projects and initiatives, from using human-centered design in order to make forms easier to understand to leading an effort to refurbish and distribute computers with high-speed Internet service to promising students in underserved areas. Other tech-heavier work includes 5G deployment, both in terms of planning for it to become ubiquitous and making sure that there is a fast, yet thorough permitting process in place to enable private service providers to deploy it.

Holm compares the work being done with IT at the local level nowadays to the major work done at the federal level in recent years. She points out that L.A. has the ability to quickly conceive of an idea, deploy a project and watch it change life. Holm calls the transformation “absolutely breathtaking” and that she would encourage all her former federal colleagues to work in their hometowns as she is doing now.

“This is my hometown, and although I’ve worked everywhere, I’ve always lived in LA,” Holm said. “I’m a third-generation Angelino. I love my hometown.”