Based until recently in the mid-Atlantic region, he'll be handling the company's accounts for state, local and education in California.
Sep 6, 2019 / By Dennis Noone 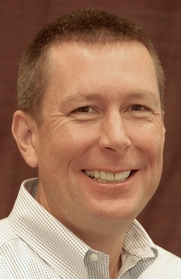 Pirie, who was until recently based in the mid-Atlantic region, has handled SLED for NetApp since 2014. He’s relocating to California to be closer to family.

“Carl has over 35 years’ experience in sales, account management and program management,” said NetApp spokesman Dolev Zaharony. “Over the past 20 years, Carl has specialized in data center technologies with a particular emphasis on storage. After selling to the state of Maryland for several years, Carl chose to move to the state of California team, where he will be closer to family.”

Pirie has been an account manager/client director for Dimension Data and a senior account manager for EMC before joining NetApp. He’s a graduate of the University of Maryland and has bachelor’s degrees in economics and in agricultural and business economics; and master’s degrees in computer systems management and in business administration.

NetApp, which sells software, systems and services to government. was named the 2018 Google Cloud Technology Partner of the Year for Infrastructure.