New CTO Has Change Agenda, But 'With Respect for the Past'

"Solano was in a phase of going from more of a legacy approach to being on the cusp of a transformation to something more fit-to-purpose. It was the right time, and the right leader. ..."
Aug 23, 2019 / By Dennis Noone 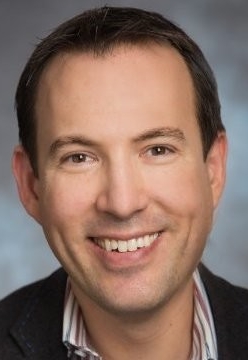 Solano County has a new chief technology officer, and he’s got an agenda of change — “but with respect for the past.”

Aaron Barak, 47, has spent the last 2.5 years as CTO for King County, Wash., before learning that Solano County Chief Information Officer Tim Flanagan was looking for a CTO.

“My wife and I always wanted to live in St. Helena and raise our family there,” Barak told Techwire in a phone interview. “King County was doing great, great things — but we wanted to live in St. Helena.” Although Barak has a 45-minute commute from his new home (which is in Napa County) to his office at the Solano County Government Center in Fairfield, it’s a price he’s happy to pay.

“I wanted to stay in government, and I heard about the Solano opportunity,” Barak said. “I did my due diligence on Tim (CIO Flanagan), and I learned that he’s a change agent, he’s fair, empathetic and interested in social justice — and those are traits I greatly admire. Solano was in a phase of going from more of a legacy approach to being on the cusp of a transformation to something more fit-to-purpose. It was the right time, and the right leader, and if we can translate that in a way that can fit Solano’s and Tim’s vision, then that’s a win-win and we can accomplish something.”

“There are gaps right now in essential services, and I want to figure out how to address that by leveraging technology to the cloud,” Barak said.

Sometimes, a county staff resists change when an outsider comes in, Barak acknowledged.

“But this has been fantastic,” he said of the welcome he’s received in Solano. “People are really hungry for something different. I give credit to Tim: In a short time, he’s really engaged with the staff and managers. They feel part of the future again.”

For those who follow the big players in government IT, King County might ring a bell. That’s where Bill Kehoe was CIO before being named CIO for Los Angeles County.

“Bill hired me in King County,” Barak said. “In fact, it was he who told me about the Solano opportunity.”

There’s one downside to Barak’s move to his new role: He’s still the CTO in King County.

“I’ll be in the role until year-end, taking care of some data-warehousing initiatives,” he said. “I’ll stay on and shepherd that through.”

Barak said he’d be open to hearing from vendors, and he prefers to be contacted through his email.