Symphony Provider Directory, delivered by the nonprofit Integrated Healthcare Association and vendor Gaine Healthcare, aims to scale up this year. It's empowered by three health-plan members including Blue Shield of California and is informed by the state and other stakeholders.
May 7, 2019 / By Theo Douglas 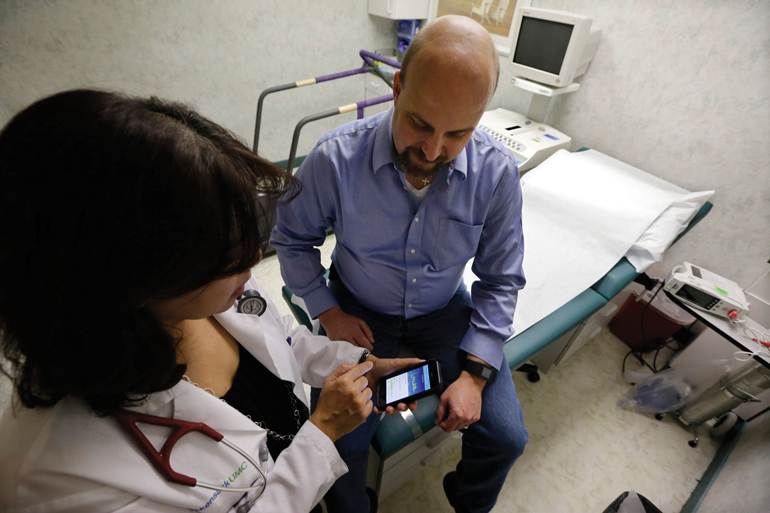 Its development was guided by a variety of stakeholders including the state Department of Managed Health Care.

Those close to it hope the solution will drive efficiency in process and data.

A new online solution shaped with input from multiple stakeholders including state agencies is pushing forward from its soft launch late last year with the goal of aggregating and standardizing health-care provider data for easier access by providers, health plans and, ultimately, consumers.

The platform, Symphony Provider Directory, was spearheaded by the nonprofit Integrated Healthcare Association (IHA), which convenes the industry to problem-solve around non-standardization; and sparked by several events. Health plans and providers alike realized after the advent of Covered California in late 2013, and a litany of questions and complaints from residents trying to locate their providers, that the data was inaccurate and out-of-date. Senate Bill 137 by state Sen. Ed Hernandez, D-West Covina, made law in October 2015, set new standards, requiring health plans to publish and maintain accurate provider directories. Around that time, non-routine surveys of the issue by the Department of Managed Health Care (DMHC) identified challenges and led to penalties of more than $600,000. And the acquisition, also finalized in October 2015, of CareFirst Health Plan, a Los Angeles County-based managed care company, by Blue Shield of California came with conditions requiring the latter to contribute $50 million to an industry-wide solution. Among the takeaways:

• Symphony is still in somewhat early stages. Following an RFI in May 2017 and the selection of vendor Gaine Healthcare, it did a soft launch in October. Blue Shield funded the endeavor with $1 million for foundational work and $49 million spread across three grants, including one in September for scaling and a full-scale rollout. Member health plans at soft launch were Anthem Blue Cross, Health Net and Blue Shield, along with more than 6,000 providers. The idea, said Sarah Summer, senior director of state policy and strategy at Blue Shield of California and associate general counsel, is to onboard “as many plans as possible” with membership ultimately based on user fees per provider per month per plan.

“I think the biggest thing is the potential of Symphony, which is really exciting," Summer told Techwire. "After 2014, we invested a lot in our people, process, and technology to try and improve our provider data quality. And you really just can’t do it as one plan alone.”

• An internal-facing platform, it could inspire other uses by providers or agencies. The “recognition that this core data set can be leveraged for many purposes” is driving interest, Summer said, including around health information exchanges; an all-payer claims database; and a single credentialing system. IHA President and CEO Jeffrey Rideout told Techwire the solution is designed to also facilitate a consumer portal and regulatory access “when and if asked.” He described the process of working with the health plans as a “non-trivial lift” but said all three have indicated they want to go to “full production mode this year” — and there’s additional interest from other health organizations.

“Gaine has been at this for quite a while and made some great progress with the medical group and (independent physician association) community,” Rideout said.

• The state of California remains involved. DMHC took part in an advisory committee that helped shape an “industry solution” on provider directories, the agency’s deputy director of Health Policy and Stakeholder Relations, Mary Watanabe, told Techwire, describing it as a “regulator.” The agency’s mission, she noted, is to safeguard health-care rights and access and ensure stable delivery systems. It doesn’t access Symphony, but is responsible for ensuring that plans follow the law and provide accurate consumer information.

“This collaborative effort for the industry has really, I think, been a good model for how the industry might tackle some of these other challenges we have. I think there are, as you can imagine, a lot of different use cases that everybody sees for the amount of information and just the efficiencies being achieved,” Watanabe said.

• When fully deployed, Symphony should drive considerable efficiency. 2019 is “the year of scaling,” Rideout said, estimating that by year’s end it will have more than 50 percent of the physician providers covered through both their plans and medical group. Having the system fully online should help eliminate manual processes including sending letters out for validated information and having staffers call providers, Summer said. It should also enable data cleansing and validation, and information updating.