Municipal needs this time around include calls from one Southern California city for solutions in the areas of housing, city hiring and communication. The application process for startups is open through Nov. 20.
Oct 15, 2019 / By Theo Douglas 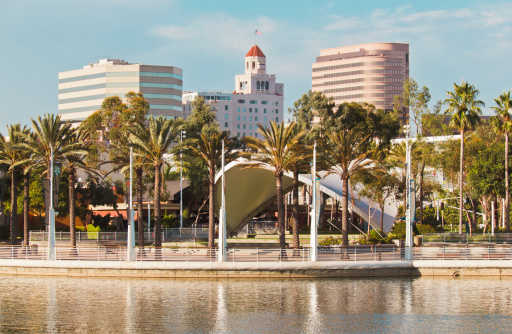 Hoping to build on existing success, one major Southern California city will return to Startup in Residence (STiR), which enables public-private technology collaborations, for the second consecutive year, a municipal official said amid an announcement of the initiative’s next series.

City Innovate, the San Francisco-based nonprofit that manages STiR, announced on Wednesday that 20 “government partners” — public-sector agencies — are accepting applications to address more than 50 civic challenges, as part of the partnership’s next cohort. The call for applications from startups will remain open through Nov. 20. Businesses that are picked will work with the local governments over a 16-week “demonstration period” early next year to develop and test solutions — with the goal of potentially securing a contract.

“This is sort of the timeframe where we’re inviting the innovators, the startups, to really demonstrate their approaches and their solutions and then they’ll get selected. We’ll have another announcement coming out in December or January of the partners that are going to be working with the governments on those specific challenges,” said Jay Nath, co-executive director of City Innovate. Among the takeaways:

• STiR projects already completed this year have included a digital platform to aggregate transit ridership data; an assessment of tree health and condition; and, in the case of Long Beach, a successfully deployed interactive mapping tool to track all development — and communicate it to residents via computer or smartphone. That partnership, with Boston’s Tolemi, led to a contract, which is now under consideration for expansion, Estefania Zavala, Long Beach's project lead for digital engagement in the Technology and Innovation Department, told Techwire.

“I think that’s also why you see so many challenges this year from our Development Services Department, because they had such a great experience last year,” Zavala said.

• Long Beach is rejoining STiR this fall. Its challenges this time include three in process improvement, seeking a better way to assess fair housing and aggregate U.S. Department of Housing and Urban Development (HUD) and American Community Survey data; a solution to track and monitor affordable housing restrictions; and a way to compile and alert upcoming affordable housing covenant deadlines — currently, the province of one staffer. The city’s planning bureau also seeks a dashboard to let staff, elected officials and the community know about housing production, a significant need in a state with a dire need for affordable housing.

California cities returning to STiR include Fremont and West Sacramento. Among their needs, Fremont seeks an interactive story maps solution to enhance public-facing communication, and West Sacramento is looking for a way to simplify staff travel reimbursement.

• Other Long Beach needs include an ask from the Civil Service Commission for video chat, a “user-friendly way to provide virtual, personalized assistance” to applicants for city jobs; a comprehensive solution for the Health Department to identify “real-time availability of shelter/behavioral health beds” for the homeless; and, for the Technology and Innovation Department, a way to collect and analyze “community source data points for our staff,” to hear residents’ thoughts on key issues — essentially, crowdsourcing their feedback.

This, Zavala said, could connect the city’s open data work to its communications efforts and shift priorities “in a way that is more focused on what they’re expressing online.”

• The city’s STiR participation has led to discussions with its procurement office and helped create a focus on how technology is developed. It's also focused attention on the municipality’s perspective on technology, Zavala said, noting officials moved into a new City Hall building in July and are replacing an outdated enterprise resource planning (ERP) system.

“So, I think that our participation in the STiR program comes at a good time, when we are just reflecting on the way that we do things and trying to think about how we might do them differently," she said, "and so this is just a really nice fit to where we are.”