Distribution Fault Anticipation, as the technology is called, uses a predictive algorithm to assess electric systems and identify potential equipment failures, not unlike how a modern vehicle’s onboard computer works.
Nov 26, 2019 / By Tribune News Service 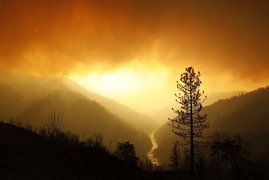 California utilities are experimenting with a new technology that proponents say could help prevent both electricity shutoffs and equipment failure-related wildfires.

The technology comes as the Pacific Gas & Electric faces intense criticism over its Public Safety Power Shutoff program, which has led to hundreds of thousands of Californians being left without power, often for days at a time, in an effort to prevent failing equipment from starting wildfires.

Distribution Fault Anticipation, as the technology is called, uses a predictive algorithm to assess electric systems and identify potential equipment failures, not unlike how a modern vehicle’s onboard computer works by “telling you everything there is to know of what’s wrong with the car,” said B. Don Russell.

Russell, a distinguished professor for Texas A&M University, helped develop the technology as part of the Power System Automation Laboratory.“It will be a paradigm shift for the way utilities operate,” he said.

Russell likens existing electric grid technology to a 1950s Chevrolet, which lacked the onboard sensors of modern vehicles.

“There was nothing wrong with my 1950 Chevy in the context of its day,” Russell said. “But today, you can do better.”

Currently, electric companies “just kind of have to wait until something breaks and then go fix it,” Russell said.

“(Distribution Fault Anticipation) gives you real-time situational awareness of the circuit,” Russell said. “It allows you to know when things start to degrade, rather than wait ’til they fail, which can be weeks.”

Though it’s been in development for the better part of the last two decades, Distribution Fault Anticipation is brand new technology, Russell said.

Prior to going on the market, Russell said the tech underwent 20 years of testing by 15 Texas utilities. The original purpose of the technology was to prevent costly power outages.

“It just turns out, and this is a key point, that the things that cause outages in the system are also things that start wildfires,” he said.

PG&E began testing the technology earlier this year, as part of a larger project.

“The technology is being evaluated along with other sensor technologies as a way to detect emerging conditions on the electric grid and improve situational awareness,” said PG&E spokesman Paul Doherty. “The evaluation phase is scheduled to be completed by July 2020, with findings expected to inform future (Distribution Fault Anticipation) deployment opportunities in high fire threat districts and beyond.”