Newsom Names 3 to Key Roles in Office of Digital Innovation

The forward-looking technology arm of the California Government Operations Agency has a new chief deputy director, a new deputy director of programs, and a new senior engineer.
Jan 25 / By Dennis Noone 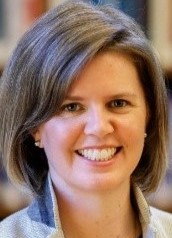 Gov. Gavin Newsom has announced three key appointments in the senior ranks of the Office of Digital Innovation (ODI), the forward-looking technology arm of the California Government Operations Agency (GovOps).

ODI was created in the summer of 2019 to “put users first, build interactively, and let data drive decisions”; to rethink and improve how California buys digital services; and to expand the use of common platforms, services and tools. Udaya Patnaik, its director, was appointed in May 2020.

Newsom’s office last week named Anne Neville-Bonilla as ODI’s chief deputy director. She has served as director of the California Research Bureau at the California State Library since 2015. She was director of the State Broadband Initiative and director of Product Development for BroadbandUSA, part of the U.S. Commerce Department’s National Telecommunications and Information Administration, from 2009 to 2015. Neville-Bonilla was a Global Leadership Fellow at the World Economic Forum from 2008 to 2009, and she was assistant secretary for Economic Development and Technology at the Business, Transportation and Housing Agency from 2007 to 2008. Neville-Bonilla was a senior telecommunications analyst for the California Public Utilities Commission from 2006 to 2007. She was a California Senate Fellow and Legislative Aide in the Office of state Sen. Sheila Kuehl from 2004 to 2006. Neville-Bonilla was a program associate at the Community Technology Centers’ Network from 2002 to 2004. She was an AmeriCorps VISTA volunteer and director of the Cyber Y Community Technology Center at YMCA’s Youth and Family Services from 2000 to 2002. She was chairwoman of the San Diego Community Technology Coalition from 2001 to 2004. Neville-Bonilla was special projects and broker’s assistant with Suretrade.com from 1999 to 2000. She earned a Master of Public Administration degree from the University of Southern California. Neville-Bonilla is a member of the American Library Association. This position does not require Senate confirmation, and the compensation is $170,304.

Newsom also named Angelica B. Quirarte as ODI’s deputy director of programs. Quirarte has served as assistant secretary of Digital Engagement for GovOps since 2017, where she had held several positions from 2013 to 2017, including innovation strategist and executive fellow. Quirarte was a research assistant for the University of California at Santa Barbara in 2012. She is a founding member of NxtGov and a member of New Leaders Council and Emerging Latinos. This position does not require Senate confirmation, and the compensation is $141,120.

Newsom’s third ODI appointment is Aaron B. Hans, who’s been named senior engineer at the Office of Digital Innovation. Hans has served as tech lead for ODI’s covid19.ca.gov since March 2020. He was founding engineer with CoProcure Inc. from 2018 to 2019. Before that, Hans was principal front-end engineer for ZapLabs from 2018 to 2019. He had also held engineer and developer roles before that with Cover Media Labs, Reverb Technologies, Imagine Games Network, Yahoo! Music, Cadence Design Systems Inc. and Electronic Arts. In addition, he had been webmaster for AmEnglish.com. Hans is a member of Open Oakland, Code for America Brigade. This position does not require Senate confirmation, and the compensation is $164,376.