Ana Matosantos will leave her position as cabinet secretary and work to expedite PG&E's bankruptcy and prevent future public safety power shutoffs. "If PG&E is unable to secure its own future. ... then the state will prepare itself as backup for a scenario where we do that job for them," Gov. Gavin Newsom said.
Nov 1, 2019 / By Tribune News Service 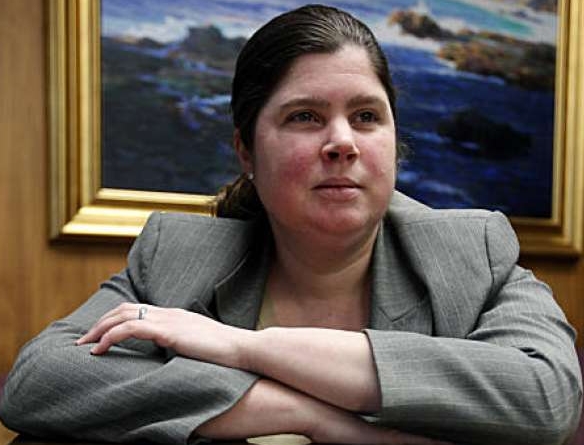 Gov. Gavin Newsom said Friday that he is creating a cabinet-level “energy czar” to oversee the state’s utilities in the wake of wildfires they caused and the prolonged power outages Pacific Gas & Electric Co. used to mitigate fire risk.

“The entire system needs to be reimagined,” Newsom said at a news conference Friday.

Ana Matosantos will step down as Newsom’s cabinet secretary to serve as the state’s so-called energy czar, where she will be charged with helping fix the state’s utility problems.

“We cannot afford the kind of public safety power shutoffs we’ve experienced over the last week,” Newsom said in making the announcement.

PG&E, the state’s largest privately owned utility, is in bankruptcy proceedings as it deals with billions of dollars in claims for damages related to wildfires caused by its equipment in 2017 and 2018.

“PG&E may or may not be able to figure this one out,” Newsom said. “If they cannot, we are not going to sit around and be passive. We are gaming out a backup plan. If PG&E is unable to secure its own future. ... then the state will prepare itself as backup for a scenario where we do that job for them. We are gaming a state plan to address the scale of this moment.”