Tong’s tenure at the top of state IT governance has been marked by significant changes in CDT, including an emphasis on cloud technology, a streamlined procurement system, and a concerted effort to partner more closely with counties and cities.
Apr 16 / By Dennis Noone 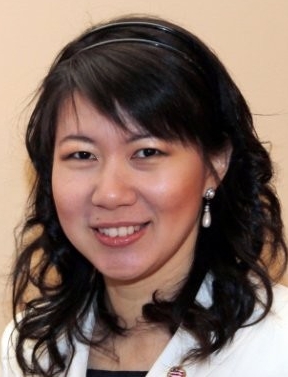 Tong, 46, has been state CIO and CDT chief since June 2016, having served first as acting director after former state CIO Carlos Ramos retired. She was appointed to the top job by then-Gov. Jerry Brown and confirmed by the state Senate the following year. Her reappointment was announced Thursday evening by the governor’s office.

Tong’s tenure at the top of state IT governance has been marked by significant changes in CDT, including an emphasis on cloud technology, a streamlined procurement system, a concerted effort to partner more closely with counties and cities -- and, less favorably, technological problems within the Department of Motor Vehicles for which she received criticism from some state lawmakers.

Last summer, the state reorganized its IT governance, creating an Office of Digital Innovation -- a name appropriated from CDT and reconfigured under the auspices of the state Government Operations Agency, parent of CDT.

Tong’s rise through the state IT hierarchy has been steady. She served as acting chief information officer at the State Water Resources Control Board, where she served from from 1994 to 2008. From there, she was named chief of the data center for the California Public Employees’ Retirement System (CalPERS), a position she held from 2008 to 2011.

After serving at CalPERS, Tong was named chief technology officer for the State Board of Equalization, where she worked until 2012. From there, she served as deputy director and CIO of the California Lottery until 2014. After that, she was named chief deputy director for the Office of Systems Integration and agency chief information officer for OSI’s parent entity, the California Health and Human Services Agency, a role she held until she was named acting state CIO in 2016.

Under Tong’s leadership of CDT, the state has expanded its career development curriculum, which began with the Information Technology Leadership Academy (ITLA), a flagship training ground for future state IT leaders. That academy has spawned several others under CDT’s Office of Professional Development, focused on such disciplines as digital services innovation, project management, and security.

Tong addressed the issue of security in an interview last month that appeared in Techwire.

“We are in the midst of working with the administration on a data use agreement for all of the Cabinet agencies that would address all of these sensitive personal data issues,” she said. “While that policy side is being worked through, our technology side is gearing up for expanding the data platform to be able to address the exchange of that sensitive data. It’s going back to that human-centered design thinking.”

Tong, an Elk Grove resident, earned a master’s degree in business administration from California State University, Sacramento. She’s active in civic organizations and is a member of the California Northstate University Board of Trustees, the NAACP, the Asian Pacific State Employee Association, and the Asian Pacific Islander American Public Affairs Association. She has also served on the Elk Grove Planning Commission.

Tong is paid $197,797 per year, and she does not declare a political party affiliation.