The municipality was guided by the example of two Southern California cities with similar positions, but was also motivated to create an executive post capable of developing IT strategy and identifying opportunities across the enterprise.
Sep 13, 2019 / By Theo Douglas 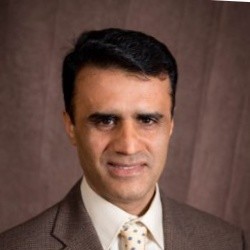 Following the example of at least two Southern California municipalities, one North Bay city has created and staffed a new, C-level position to seek opportunities for internal efficiency and keep the enterprise moving forward on tech.

• The chief innovation officer is responsible for “managing the innovation process and resulting change management processes throughout the organization,” the city said in a news release Sept. 5. That includes identifying new and innovative ideas as well as “strategies, business opportunities and new technologies.” The CIO is also charged with “developing new capabilities and architectures with partners, new business models and new industry structures to serve those opportunities.”

Vallejo was motivated to create the post based in part on the positive experiences other cities such as Carlsbad and Long Beach have had from adding similar positions, Assistant City Manager Anne Cardwell told Techwire. City officials also sought a C-suite executive who could maintain a high-level view of technology uninterrupted by daily operations, lead modernization initiatives and work across the organization to drive efficiency.

• Vallejo didn’t mount an extensive search for its first innovation leader, Cardwell said. Rather, as officials did outreach and defined the new position, they became aware that Ashraf, the now-former IT manager of more than five years at neighboring Benicia, “had some interest.” After extensive interviews with human resources and executive staff and City Manager Greg Nyhoff, the city decided to appoint Ashraf to the position. Cardwell cited Ashraf’s ability to deliver change management as a key factor in his selection.

“He and I did work together in Benicia and I really saw that firsthand, where he came into a full-service city that had really antiquated technology and he really just kind of put us on fast-forward, really brought along all the departments and kept everybody motivated and positive about the changes and that was pretty exciting to see,” she said.

• Ashraf will be asked to lead two IT initiatives in the immediate future, the assistant city manager said. One will be doing an RFP to replace the city’s enterprise resource planning (ERP) system of roughly 30 years. The process should ramp up this fall: On Sept. 24, the Vallejo City Council is expected to hear a presentation from the Government Finance Officers Association, which works with cities and counties on ERP replacement, to help shape the RFP. The RFP will likely be released by year’s end, Cardwell said.

• The new innovation leader will also guide the city in becoming one of three early adopters nationally of a new “public sector community development solution” by Oracle, the assistant city manager said. The Oracle Cloud Economic Development software, which will help Vallejo modernize its planning, building and code enforcement processes, will cost “an amount not to exceed $800,000 over the next five fiscal years,” according to the July 9 Vallejo City Council agenda. The City Council has approved the purchase. Vallejo will join the Central Contra Costa Sanitary District and the city of Hollywood, Fla., as early users of the software; and will have a hand in helping determine “how it ultimately looks,” Cardwell said. The project is in early stages, with weekly meetings between city and vendor underway.