The Vision software will replace a predecessor known as Prime, a system widely regarded as a failure for being too slow, too cumbersome and too costly. Oakland will pay about $2.1 million for Vision, plus about $200,000 a year, compared to Prime, which would have cost between $700,000 and $1 million per year.
Nov 27, 2019 / By Tribune News Service 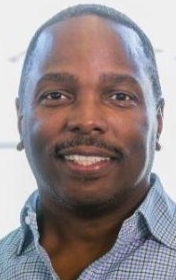 Technology that can flag potentially bad police officers went live last week in Oakland as one of the key tasks ordered by a federal judge overseeing reforms in a nearly two-decade-old police corruption case.

The Vision risk management system came to the Oakland Police Department after years of trial and error and millions of tax dollars poured into unworkable technologies. If all goes as planned, Vision will pool information from all aspects of an officer’s career, including time in the academy, data on police stops, citizen complaints, body camera footage and use of force.

The idea is to help the department identify potentially problematic officers before they become a danger to themselves or the community. When Vision flags an outlier, supervisors can take a closer look at the data and potentially perform an intervention prior to discipline.

“(Vision) will allow us to use that information, analyze it, and try to get to the bottom of why something happened,” said Oakland’s Chief Information Officer Pete Peterson. “And then, taking that information, we can create policies that hopefully prevent it, or encourage it, if it’s positive.”

Peterson said the system will essentially function in the same fashion as analytics in private entities. He compares it to grocery shopping at Safeway, where customers use a personalized card at checkout for a discount.

“They give you that discount for a reason — they want to understand what you’re buying, in what combination, and in what quantities,” Peterson said. “They’re using that information to determine the value of placement in a grocery store. It’s not random that potato chips are where they are.”

The development of Vision was met with cautious enthusiasm by the department’s court-appointed monitor, Robert Warshaw, who highlighted the system in his quarterly report.

Warshaw, who has recently blasted the department for backsliding on various reform orders, counted the Vision system as a major project “that could revolutionize Oakland policing.”

The risk management system was originally designed to curb racial bias in policing, after data showed Oakland police were far more likely to target people of color. Implementation of the system is one of more than 50 tasks ordered by a federal judge as a way to stamp out unconstitutional policing.

Vision will replace a predecessor known as Prime, a system widely regarded as a failure for being too slow, too cumbersome and too costly. Oakland will pay about $2.1 million for Vision, plus about $200,000 a year, compared to Prime, which would have cost between $700,000 and $1 million per year, Peterson said.

The Vision system is rolling out in two stages: On Monday it began aggregating data from various systems and allowing officers to input data and videos from their interactions with citizens. In February, supervisors will be able to start accessing dashboards that summarize the information of their subordinates.

“The new system is much easier to use. It is easier to input data, it is more intuitive and streamlined,” she said. “It allows quicker access to a wider amount of information that feeds the employee management system.”