From a three-camera network, the AlertWildfire network has grown exponentially and proven its value in pinpointing dangerous wildland blazes.
Aug 9, 2019 / By Jim McKay 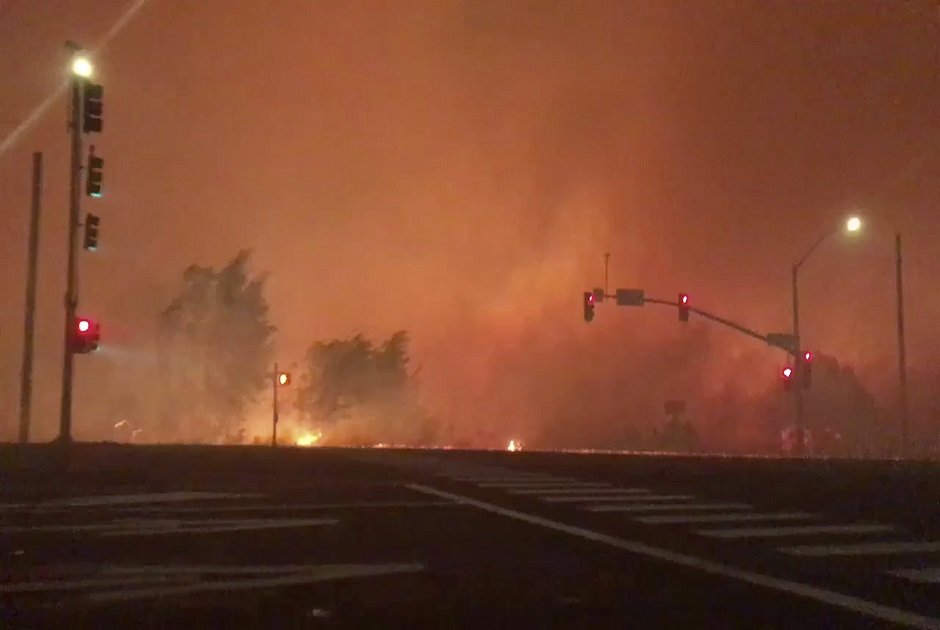 In 2017 in San Diego County, when reports of a vegetation fire reached California Office of Emergency Services personnel, the dry, windy, historically dangerous fire conditions made the situation ominous.

Within 45 minutes, the California Department of Forestry and Fire Protection (CalFire), having viewed hill-top cameras and confirmed there were no other fires in the county, had unleashed a full arsenal on the Lilac Fire, including every truck in the area. The quick action, by all accounts, knocked down a fire that could have been catastrophic.

That’s when the fire community realized that the viability of having the high-definition, near-infrared camera network in place was a life-saver, said Graham Kent, director of the Nevada Seismological Laboratory at the University of Nevada, Reno and the creator of the AlertTahoe fire camera network in 2013, which led the way with a pilot with three cameras and grew into the AlertWildfire network.

“I haven’t slept since,” Kent said. “I think everyone realizes there is a very small window on those days and you better have everything moving in a very coordinated way.”

That’s because he’s been busy helping roll out cameras, more than 200 just this year, as the program expands in the state and into Oregon, Washington and Idaho. The AlertTahoe system got its final 11 cameras July 31.

Kent said it wasn’t long before he knew the cameras would be a game changer in wildland firefighting. It was shortly after that initial installation in 2013. “In daytime, you see every detail of the fire and it’s behavior. And with the infrared, you’re able to see much more at night.”

For fire officials, monitoring the cameras take the guesswork out of responding to a wildfire. The cameras allow for a much more accurate prediction on where the fire will go, and provide a more accurate picture of the resources that will be needed to fight it.

Traditionally, depending on witness reports was largely unreliable. Many of the reports were false, the “imagination” of someone or way off the mark in terms of geography. “If you gave everybody a geography test, most would fail it,” Kent said. “Just because they see a fire doesn’t mean they know what mountain it is on or what part of Napa Valley or Sonoma County it’s in.”

An example came in 2016 when a prolific arsonist lit more than a dozen fires in the South Lake Tahoe area and reports called in by residents were off the mark. The cameras, however, picked up the locations and allowed officials to tamp down any fire before it got going.

The cameras can spot a fire when it ignites, but if not, they can be turned in the direction of a reported fire. “If the cameras only show a little fire activity, we’ll send a smaller response,” Mac Heller, dispatch center manager at the U.S. Forest Service El Dorado Incident Command Center in Camino, Calif., told NevadaToday. “If a fire is actually taking off, moving very quickly, then we can increase the response as well. We’ll know in 20 to 30 seconds and that is the beauty of it.”

Fire officials estimate that the AlertTahoe network has stopped 56 fires in the area since the original setup. The system has evolved into the AlertWildfire network, which now encompasses more than 250 cameras in forested, wildland/urban interface areas on into the Great Basin of Nevada, Oregon, Washington and Idaho, the result of tons of fundraising.

Kent said the future calls for covering California with the camera system, while continuing to improve it with artificial intelligence by monitoring electrical systems and by putting smoke detectors on the cameras.

“We’re building one of the bigger data projects around,” he said. “We’re going big data.”