Kumar Rachuri has won numerous accolades including designation as a Top 25 Doer, Dreamer and Driver from Government Technology magazine, a sister publication of Techwire.
Mar 15 / By Dennis Noone 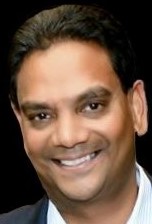 Rachuri spent a significant part of his career in the public sector, including stints in several leadership roles for Ohio state government. It was while he was the chief information officer of the Ohio state Office of Budget and Management that he was named one of Government Technology’s* Top 25 Doers, Dreamers and Drivers. In addition to having served in several executive roles with the state of Ohio, Rachuri has served in leadership and executive roles with MCI WorldCom, Adobe and IBM before joining Oracle.

“I am really excited to join the team here at Oracle, thrilled at the opportunity to continue to serve public sector and higher education both here in the U.S. and Canada,” Rachuri told Techwire.

Rachuri’s “expertise in building and leading teams” was cited in an Oracle news release announcing his new position.

“In each of his multifaceted roles, Kumar displays enthusiasm, integrity, character and professional leadership qualities that benefit the greater government IT community,” Oracle said in the statement.

Rachuri, based in Columbus, Ohio, is a graduate of Columbus State Community College, where he earned his associate’s degree in electronic engineering technologies, and Ohio State University, where he majored in electrical engineering and minored in computer information systems. He is also an IBM Certified Executive.

*Government Technology and Techwire are both part of e.Republic.