Technology is advancing at a record pace and local jurisdictions have begun to harness it to solve challenges for residents. And while initiatives make cities smarter, drawing from talent in multiple departments, they've become more focused on exploring new technologies and less on becoming connected.
Aug 17, 2018 / By Kayla Nick-Kearney 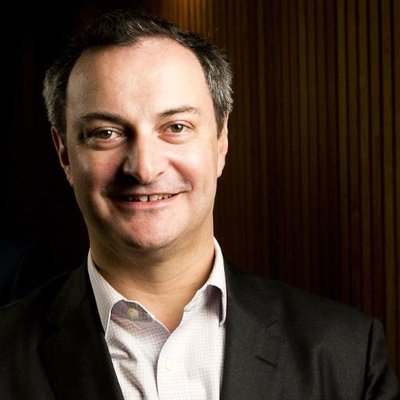 Technology is advancing at a record pace, and local jurisdictions have begun to harness it to solve challenges for residents. And while initiatives make cities smarter, drawing from talent in multiple departments, they've become more focused on exploring new technologies, and less on becoming connected.

"We have a lot of projects that are very technology-centric," Palo Alto's Chief Information Officer Jonathan Reichental told Techwire in an interview. "It's about thinking differently about the solutions. It's allowing you to do things that you couldn't do before, being clever about using data, telecommunications networks, sensors and cameras, even exploring blockchain. It's about applying emerging and newer technology to solve some tough community problems all over the world."

And now Palo Alto has a way to organize projects that come to the city.

"Everybody wants to manage urban innovation; that's the trend right now," Reichental said. "Ultimately, you hope that one of your experiments gives you enough insight to issue an RFI or an RFP."

UrbanLeap, a startup company focused on creating an urban-initiative management platform, has worked with Reichental to build one that meets local government needs.

When ideas are unsolicited and brought in by vendors, they can get lost in the shuffle.

"We want to have some rigor around that," he said. "Where there is a potential innovation that needs to be explored, we should have a system where a new idea is submitted, the right city personnel can review the idea, decide to research it more and then execute a small experiment with the vendor.

"Equally, the tool would allow the city to say, 'This isn't the right project or the right time.'"

This urban innovation management platform would allow cities to see statuses, trends and the outcomes of pilot projects.

Reichental sees a future where other cities can look in and view the outcomes of pilots among themselves.

Another solution is being considered because the Palo Alto downtown corridor is being dug up to replace gas lines and electrical equipment. The city is in the final planning stages of a possible pilot to ease parking using Pango. The app could cost the city up to $42,000.

Pango uses location services and an online payment platform to negate the need for physical infrastructure. Enforcement officers can then verify vehicle payment status from data on the cloud. The hope is making parking easier will mean retailers won't lose out on business.

Palo Alto is also studying how much it would cost to deploy an FTTN (Fiber To The Neighborhood or Node) network to neighborhoods. A $200,000 study should reveal incentives for vendors to extend last-mile solutions.

"It's all the pre-work before you make that decision," Reichental said.

The city does abide by a "dig once" policy, so while the downtown corridor is under construction, fiber will also be installed. Millimeter wave wireless is also being explored to avoid digging up streets in an effort to connect every house.

Police body cameras are being purchased from Watchguard for $125,000, and $1.5 million will be spent to deploy smart cameras along the Caltrain Corridor.

"Palo Alto became a suicide cluster a few years ago," Reichental said. "We had an uptick in young people running in front of the train. Intelligent cameras are a much better way to solve that problem. It's for much deeper diligence on those dangerous crossings."