The power company continues this week to shut off electricity to millions in an effort to avoid contributing to wildfires, but the outages have negatively affected cellphone alerts at a time when residents really need them.
Oct 29, 2019 / By Tribune News Service 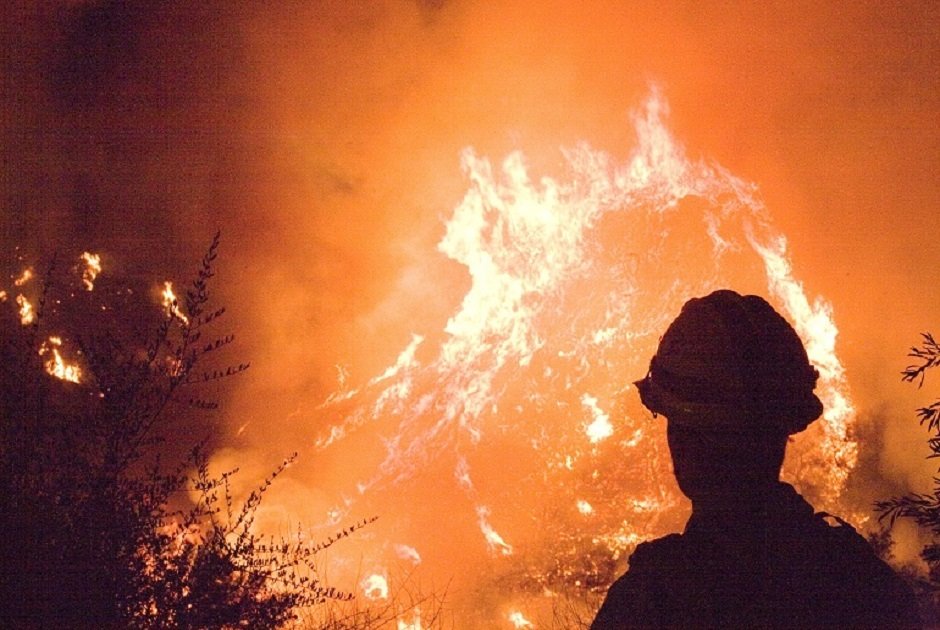 Cell sites failed across California over the weekend as PG&E shut off electricity for millions, despite promises by wireless companies to regulators that they could maintain service during the fire-prevention blackouts.

More than 450,000 customers in the state, most in the Bay Area, were cut off from communication services — phone, Internet, and television — major carriers told the Federal Communications Commission. The commission had asked AT&T, Sprint, T-Mobile, U.S. Cellular and Verizon to file emergency response plans by late September. In response, the companies said they were prepared to deal with the power shutoffs, though not with disruptions due to wildfires. A cell site is a tower or other structure housing wireless network equipment to which mobile phones connect.

In Marin on Monday, 160 cell sites — the highest number of any county and more than half of all its towers — were down, the FCC report revealed.

Of those sites, 134 were out due to loss of power, with just a few suffering damage or other connectivity issues.

In total, 3 percent of cell sites across the state were down, up from less than 1 percent Friday. Six radio stations were also out of service.

Some Marin residents said Monday that the loss of cell service was a safety concern for calling 911 and getting word about evacuations if a fire did break out.

Brittany King wrote on Twitter that “one of the most terrifying things” about the outages was that she didn’t know about the Glen Cove Fire in Vallejo on Sunday until she drove into San Francisco, because “cell service in Marin is now almost nonexistent.”

Others complained online to elected officials, the county sheriff, and cellphone companies that they weren’t warned cell service would be down during the outage and were concerned about getting evacuation notices. Companies said their sites were down because of the power outage, not wildfires — seemingly a contradiction of statements in their September filings.

T-Mobile said service was disrupted for customers in the Sebastopol area, the Oakland hills, Orinda and Lafayette, Marin County, and along Highway 101 from Healdsburg north to Eureka and along Route 20 north of Clearlake.

“The power shutoffs by PG&E in Northern California continue to affect a number of T-Mobile cell sites this morning,” the company said in a statement. "Our retail and engineering teams have worked over the weekend to minimize the impact of these as much as possible for our customers.”

T-Mobile said it deployed and refueled generators to more than 260 sites over the weekend to limit the impact on customers and emergency personnel, and could add another 140 generators if safety conditions allow. It is being lenient on bill payments and allowing prepaid customers who run out of credits to keep using their phones, it said.

Verizon also said Monday that some service was down.

“While we are doing everything we can to minimize the impact of the (power shutoffs), there are discrete areas of our network that will experience service disruption or degradation, due to topographical and other technological constraints that prevent the deployment of backup power or other resources to a particular cell site,” spokeswoman Heidi Flato said in an email.

Verizon has generators and backup batteries at the majority of cell sites and is refueling generators to keep them running. The company is providing unlimited calling, texting and data to its customers and small business customers impacted by the Tick and Kincade fires from Monday through Nov. 3.

AT&T did not immediately respond to a request for comment about service Monday. The company has said it will provide unlimited talk, text, and data to customers in six ZIP codes affected by the Kincade Fire from Friday until Monday, as the company did during power outages earlier this month.