Pondera Solutions, the Gold River tech startup specializing in detecting waste, fraud and abuse in government contracting, announced Thursday that it has landed nationally recognized author and Harvard professor Malcolm Sparrow to serve on its board of directors.
Sep 21, 2017 / By Dennis Noone 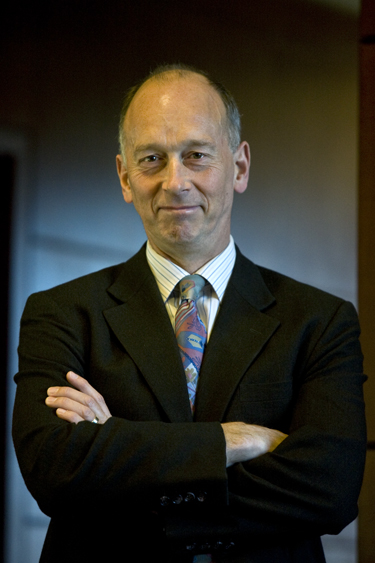 Pondera Solutions, the Sacramento-area tech startup specializing in detecting waste, fraud and abuse in government contracting, announced Thursday that it has landed nationally recognized author and Harvard professor Malcolm Sparrow to serve on its board of directors.

Pondera founder and CEO Jon Coss said Thursday in an interview with Techwire that he and his colleagues are thrilled to have someone with Sparrow’s stature and expertise serving on their board.

“We’re delighted,” Coss said. “For the people who work at Pondera and the business we’re in, this is like a 15-year-old who plays basketball getting to meet Michael Jordan.”

Coss said Sparrow has been on his radar as a leader in the field of fraud detection since before he founded Pondera in 2011.

“Malcolm’s name kept popping up. I went out myself and bought his book License to Steal, read it and was really impressed. We built a lot of our approach around the way that he was thinking, because it was so closely aligned with what we were doing.”

Coss added that he has made the book — whose full title is License to Steal: How Fraud Bleeds America’s Health Care System — mandatory reading for Pondera employees.

In addition to License to Steal, Sparrow has written seven other books and is an internationally recognized expert in his field, having testified before numerous U.S. House and Senate committees and in state legislatures. He’s been cited in The New York Times and The Economist, among other publications.

“I am excited to help Pondera in their efforts to address fraud and abuse in government programs,” Sparrow said in a statement. “Their approach and future goals are closely aligned with things I believe in, and that’s why I am pleased to join Pondera’s board of directors.”

The seven-member board meets quarterly, and Sparrow will travel from Cambridge, Mass., for the meetings. Board members also confer monthly, and each receives an undisclosed stipend. But Sparrow’s duties will go beyond that.

“I’ve asked him to do some fairly specific things — to take a more active role in reviewing our R&D pipeline,” Coss said.

Pondera received an eight-figure investment from San Francisco-based Serent Capital in June, and the firm holds two seats on Pondera’s seven-member board, with two seats going to Pondera and three designated for independent directors.

Coss said Serent, like his own firm, is thrilled to have Sparrow on board.

“It helps validate that our approach is a sober and valid approach to the market,” Coss said.