Pondera's Coss a Semi-Finalist for Entrepreneur of Year award

The founder of Pondera Solutions, a Folsom-based startup that's been growing fast and attracting private investment, is active in philanthropy and volunteerism while overseeing a company whose targets are waste, fraud and abuse at the federal and state levels as well as in the private sector.
Apr 22, 2019 / By Dennis Noone 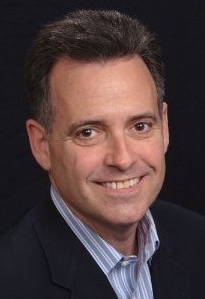 The founder and CEO of a Sacramento-area tech startup is a semi-finalist for a prestigious business award given to noteworthy entrepreneurs — some past winners include James Park of Fitbit, Reid Hoffman and Jeff Weiner of LinkedIn and Eric Wu of Opendoor.

Pondera Solutions' Jon Coss is in the running for the EY (Ernst & Young Global Limited) Entrepreneur of the Year 2019 Northern California Awards program.

The program "is widely acknowledged as the world’s most prestigious business award for entrepreneurs," the company said in a press release. The program recognizes entrepreneurs and leaders of fast-growing firms who stand out in "entrepreneurial leadership, innovation, and personal commitment to their businesses and communities."

Coss, who founded Pondera Solutions in 2011, said the application process was detailed and exacting.

“Being recognized for innovation in a region that includes Silicon Valley is a testament to the creativity, hard work and dedication to the mission of all Pondera employees."

In a recent interview with Techwire in Pondera's conference room, which overlooks Folsom Lake, Coss described the process: “We had to provide the financials, our purpose, what we were trying to accomplish. ... It was personal — what I do in the community, things like that. Pondera employees were also asked to submit information about the company culture and other questions about Coss’s leadership and style.

Coss noted that some of his senior executives — company President Greg Loos and Chief Customer Officer Amanda Huston, among others — took pay cuts to come to work for Pondera because “they believed in our mission.”

Pondera’s website fills in the background on the company’s genesis: “Jon has 22 years of technology and data analytics experience, including nine years at Oracle and 10 years as a technology entrepreneur. In 2006, he founded Finish Line Solutions, which was acquired in 2010. Finish Line helped large system integrators capture and deliver government projects in Medicaid, Unemployment Insurance, Child Support Enforcement, and other federal and state programs. While at Finish Line, Jon found the inspiration to create Pondera to address the fraud, waste, and abuse he witnessed in these government programs.”

In the realm of predicting, preventing and rooting out waste, fraud and abuse, Pondera has become a player in the national arena. Loos noted that the firm has added health-care companies to its client list, which already included state and federal governments. he federal government to its client list — a huge market, considering the fraud and abuse in the Medicare, Medicaid and Supplemental Nutrition Assistance Program (SNAP).

Coss noted that for him and his company — which numbers about 75 people nationwide — the big picture of what they do is more important than just adding names to the company’s client list.

“We had a [visiting] developer who was walking through the office recently, and they asked someone, ‘What are you working on?’ and you’d expect him to say, ‘I’m writing some Python code’ or something, but his answer was, ‘I’m catching bad guys.’ And that’s a developer — that’s what we like in our culture, is that perspective.”

In addition to its shiny, relatively new Folsom headquarters, Pondera last year expanded its offices in Tallahassee, Fla., and because of its growing business with the federal government, it may consider opening an office in Washington, D.C., Coss said.

But none of that is enough to garner an Entrepreneur of the Year award from EY. That distinction accrues only when a nominee is active in the community. Coss, among other things, is the chairman of the Local Advisory Board for College Track Sacramento. He's also a partner in Social Venture Partners Sacramento, which describes itself as “a growing community of engaged venture philanthropists, united by the common goal of providing every child in the greater Sacramento region with an excellent education.”