Neither California nor the federal government requires cellphone towers to have backup power, even though network service is a critical part of modern life.
Nov 5, 2019 / By Tribune News Service 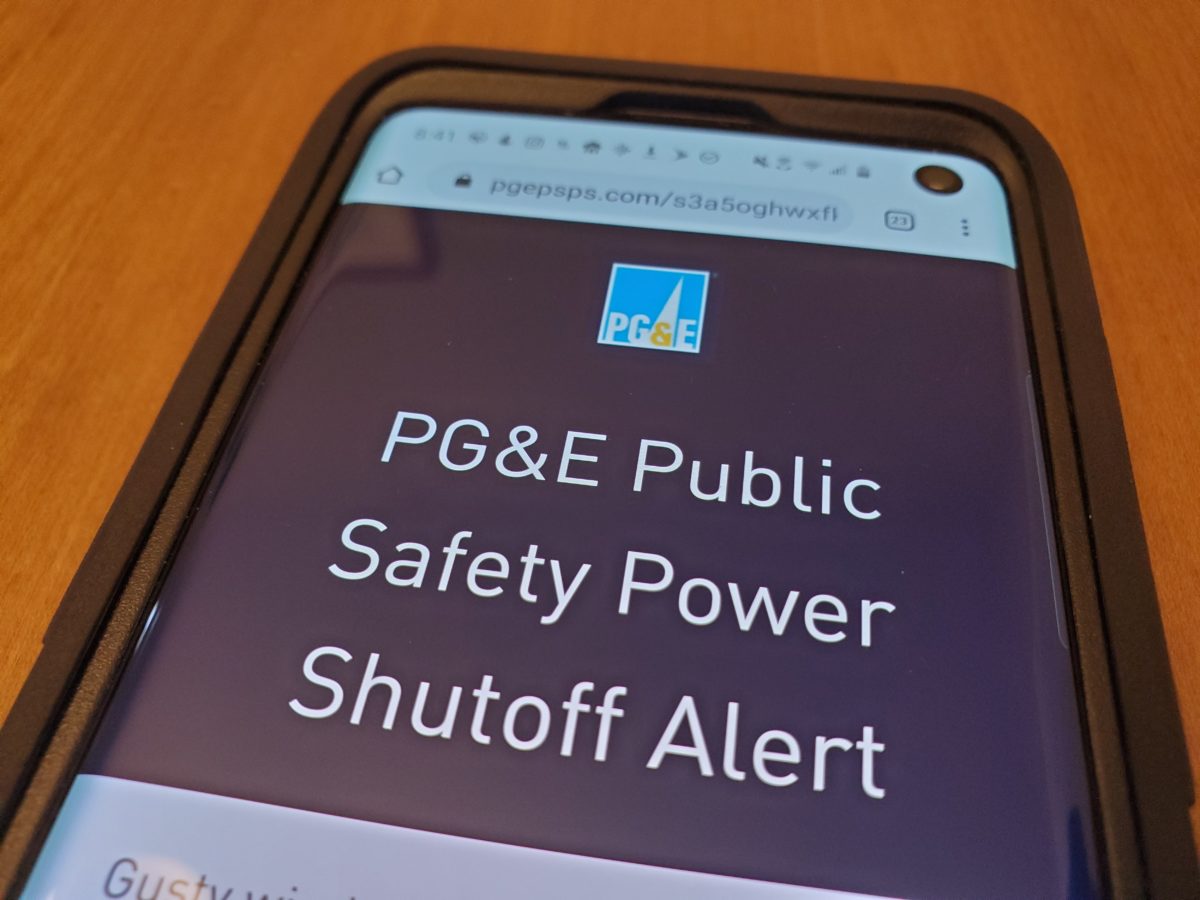 As the lights flickered out and wildfires flared, PG&E's blackouts also cut off thousands of Californians from cellphone service, leaving them unable to get emergency alerts or call 911.

It exposed a troubling gap in the state's readiness for mass outages that could, according to PG&E, keep happening for a decade. And it's left regulators scrambling to find a fix — though it will be difficult.

Neither California nor the federal government requires cellphone towers to have backup power, even though network service is a critical part of modern life.

Instead, maintaining service is left up to cellphone companies, which have generators lasting days at some sites but batteries that can survive just a few hours at others. When those run out, they must send trucks to refuel or install generators, at times when fires may cut off roads, blackouts may darken traffic lights and their own outages may hamper communication.

Companies said their personnel worked around the clock to put in place hundreds of generators during PG&E's unprecedented and fast-changing power outages, but in some cases they couldn't access sites because of the location — on top of buildings or in fire evacuation zones. They're pledging to prevent future problems. But regulators, politicians and emergency response agencies are pushing for stricter rules to protect public safety.

Last week, nearly two dozen California members of the House of Representatives called for a hearing on telecommunications during emergencies. "Our telecommunications infrastructure has failed many times when the public and public safety officials needed it most," they wrote.

Jessica Rosenworcel, a commissioner with the Federal Communications Commission, criticized her agency for what she said was loosening regulations.

"This is a problem that demands investigation and solutions," she said in a statement. "Mother Nature's wrath is sure to visit us again."
An estimated 80 percent of 911 calls are made with cellphones, and public agencies depend on phone notifications to order evacuations. During power outages, some without service weren't getting alerts or couldn't load websites, forcing agencies to scramble to reach people.

Internet-based landlines also conked out in the outages, though traditional copper-wire landlines worked.

The California Office of Emergency Services (CalOES) worked on a contingency plan to evacuate residents door to door, through loudspeakers on vehicles or helicopters, according to spokesman Brian Ferguson.

After hearing reports of failed cell service for emergency alerts, Brenton Schneider, a spokesman for the Marin County Sheriff's Office, said the agency was looking into using radio broadcasts as an alternative.

Schneider said officials in Marin, where PG&E cut power to 99 percent of the county Saturday and cellphone failures were pronounced, were "lobbying with AT&T and other providers to provide adequate backup power at sites" and will meet with cell carriers this week to press the issue.

In anticipation of the PG&E shutoffs, the five major carriers — AT&T, Verizon, T-Mobile, Sprint and U.S. Cellular — told the FCC in September that they were prepared to keep up power with backup batteries, permanent generators and mobile cell sites unless wildfire damaged infrastructure, which companies confirmed wasn't the issue last month. Ferguson of CalOES said he heard from providers that "they weren't concerned." During the outage, backup power either proved unavailable or didn't last long enough, he said.

As lights shut off, so did up to 3 percent of cell sites statewide, FCC reports revealed. Hundreds of thousands of customers lost connections to phones, internet and TV. In the hardest-hit county, Marin, 57 percent of towers were down in a crucial period between two periods of high wind. Even some landlines went dead.

"Cell service, for the first few days of this, was the one thing we had, and then when it started failing, it really got ugly," said Rep. Jared Huffman, D-San Rafael. "We've got to get this fixed."

The California Public Utilities Commission is concerned about network resiliency and is investigating the issue, spokesman Christopher Chow said in an email. When Gov. Gavin Newsom declared an emergency as fires swept the state, the commission triggered its requirements for companies to deploy mobile cell sites, provide charging stations, Wi-Fi and phones for evacuees, and urged them to defer payment and lift data caps, which they did, Chow said.

But there are limits to the commission's power. Current law bars the state regulators from overseeing internet-based phone services, which includes some newer landlines. That law will end in 2020, freeing up the commission to regulate those services, Chow said.

Legal filings with the state show that the industry, although stressing how vital service is, has challenged the agency's authority to impose backup-power requirements, especially on internet-powered phones, called VoIP.

AT&T spokesman Jim Kimberly said in an email the VoIP Coalition already voluntarily offers support to customers in the wake of disasters and objected that the mandate was outside PUC's jurisdiction.

"These power shutoffs have shown how vulnerable they are," said Ana Maria Johnson, a program manager in the office. "The companies need to be held accountable to ensure, through requirements, not voluntary, that there is sufficient power in place so that consumers are able to use those essential services to get those alerts, to communicate with loved ones, and to follow info on what they need to do."

Companies said they were affected, like all customers, by PG&E's unprecedented power outages. Comcast and Frontier, which provide internet, TV and phone services through wired networks, said backup systems can't last indefinitely and service disruptions "may be unavoidable."

State Sen. Mike McGuire, D-Healdsburg, introduced a bill this year that would require cell towers in zones with the highest fire risk to have at least 48 hours of backup power. But after these outages, he's reconsidering whether that's long enough, he said.

Assemblyman Marc Levine, D-San Rafael, who sponsored a bill this year to make sure first responders have full access to data, said he believes that communities should find a solution, not necessarily mandate it. He said he often hears that neighborhoods don't want additional cell towers or are concerned about the environmental impact of storing fuel for backup power.

Levine placed primary blame on PG&E for pulling the plug on millions.

"This can't be normal. PG&E must be held accountable," he said. "This is a lesson where cell service providers had dead spots, where they need to shore up. It's a collaborative process to identify places when PG&E is causing this problem."

"The widespread power outage is a miniature rehearsal for the next big earthquake," said Davis Carniglia, a Marin resident who lost power and cell service for four days. The retired business executive is also a former volunteer firefighter and served as a member of the Marin Disaster Council.

"The idea that there are cell towers out there that only have batteries is nuts," Carniglia said.

AT&T spokesman Jim Kimberly said in an email the company spent more than $8.2 billion during the past three years to maintain and update its California network.

"Following any large-scale event, we strive to make improvements where needed and remain focused on serving our customers," he said.

T-Mobile spokesman Joel Rushing said the company "did our best to minimize interruptions for our customers and will continue to evaluate ways to keep supporting our customers during these events."

In a letter to CalOES last week, Verizon said, "We recognize this is not an isolated event and we are preparing for future events even as the current (power shutoff) winds down."

Because PG&E has warned that shutoffs as a fire-prevention measure will continue, some are looking to new technology for answers.

The California Energy Commission gave a grant this year to Caban Systems of Burlingame to produce solar-powered batteries for telecommunications companies. It already sells such systems in Latin America. CEO Alexandra Rasch said the company is currently in talks with major cell carriers in California.