The proposed act, from the group behind the California Consumer Privacy Act, would ensure companies follow the standards of that earlier legislation.
Oct 3, 2019 / By Lucas Ropek 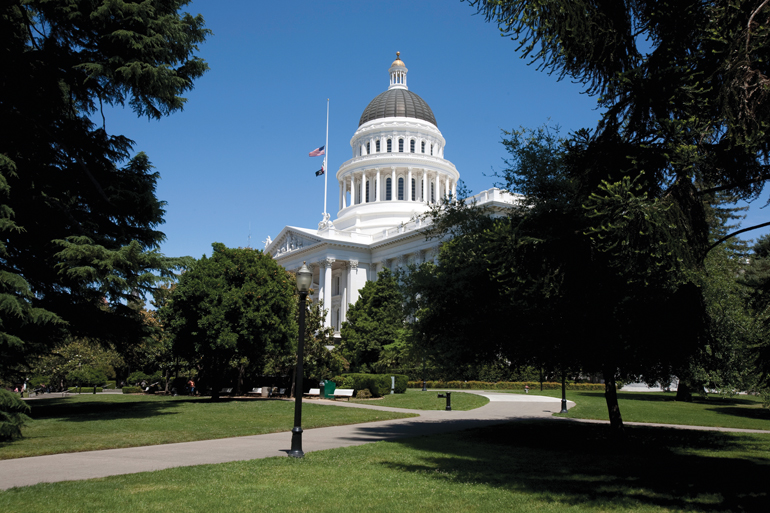 As enactment of the California Consumer Privacy Act draws near, a ballot initiative has been introduced that would create a new independent executive agency in charge of ensuring that companies comply with its standards.

That office would “simultaneously enforce the law and provide necessary guidance to industry and consumers,” according to a statement posted on the group's website.

The CCPA, which is set to go into effect in January, currently cedes enforcement of the law to the state Attorney General’s Office. But under this new amendment, enforcement would largely be the responsibility of the new agency.

According to the bill text, the new agency tasked with assisting with enforcement would be staffed with five members — separately appointed by the governor, the attorney general, the Senate president and the speaker of the Assembly. That staff would be barred from being employed with a company that is or was facing punitive action by the agency — for at least five years prior to their work with the agency, or one year after they leave it.

Funding for the agency would come from a new fund within the General Fund in the State Treasury called the Consumer Privacy Fund, according to the text.

The initiative, which functions largely as an amendment to the CCPA, also seeks to bolster various protections already extant in the original law. This includes the creation of a “sensitive information” category within the CCPA language that would give consumers privileges surrounding that information — like the right to deny that companies use that data for advertising purposes.

Before the initiative is cleared to appear on a ballot, the Attorney General's Office must hold a 30-day review and public comment period, as well as a short amendment period.

The CCPA, CCP and the new ballot initiative are all largely the work of one man: a millionaire named Alastair Mactaggart. An investor, developer and longtime partner at San Francisco-based real estate company the Emerald Fund, Mactaggart has said he was originally inspired to support privacy legislation after discussing privacy concerns with a Google engineer.

“I thought, 'Oh I'd like to know what these companies know about me,’” Mactaggart said in a recent interview with NPR. Later learning the extent of data collection, the real estate mogul decided he wanted to take action.

At a conference held by the International Association of Privacy Professionals, Mactaggart further revealed that of the many things about data collection that worry him, voting and the potential for voter manipulation was the biggest one.

“If less than 100,000 votes separated the last two candidates in the last presidential election in three states ... this is not a very difficult problem. We’re talking about convincing a relatively tiny fraction of the voters in a handful of states to either come out and vote or stay home. And remember: These companies know everybody intimately. ... They know the lazy people and the gullible people. They have access to the greatest trove of personal information that’s ever been assembled. They have the world’s best data scientists. And they have essentially a frictionless way of communicating with you.”

The CCPA has seen some pushback from the business community and cautious support from activist organizations.

However, with the ballot initiative being fairly new, interest groups haven’t yet decided whether they support it or not. Both the ACLU of Northern California and the California Chamber of Commerce said in emails this week that their organizations had not yet taken a position.