An East Bay city and the nonprofit Corporation for Education Network Initiatives in California will work together to enable a type of high-speed online collaboration that's believed to be the first of its kind.
Jul 18, 2019 / By Theo Douglas 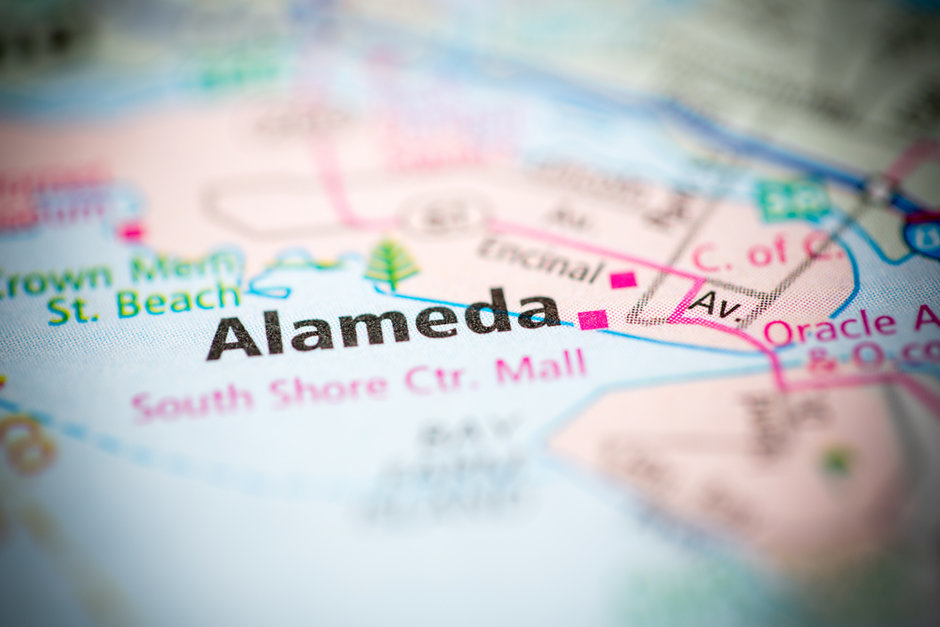 This fall, one East Bay city will start a lengthy pilot aimed at using connectivity to stimulate economic development by attracting technology and research and development (R&D) companies.

On Sept. 24, the city of Alameda will “flip the switch” on a two-year public-private partnership with the nonprofit Corporation for Education Network Initiatives in California (CENIC), which operates the California Research and Education Network (CalREN), a multi-layered fabric of network services reaching the majority of the state's education and research institutions. This will immediately enable high-speed Internet access to its free network of more than 20 million users, and universities including Caltech, Stanford, the University of California and California State Universities, the University of Southern California and community colleges. Among the takeaways:

• Alameda Point company Saildrone, which designs and builds wind- and solar-powered autonomous ocean vehicles known as saildrones to collect ocean data at scale and at efficient cost, will be the pilot’s first CENIC user.

That’s a first in another way, too: Saildrone’s access, through Alameda’s pilot, is also believed to be the first time a for-profit company has been allowed to utilize the CENIC network of nonprofits, Carolyn Hogg, Alameda’s IT and innovation director, told Techwire. Launched in Alameda, the company’s sail-powered drones “might count number of fish or water temperature or whatever NOAA (National Oceanic and Atmospheric Administration) project it is that they want them to do,” Hogg said.

“They now have access to the CENIC network and they’re ... partnering with Lawrence Berkeley National (Laboratory) to be able to upload their data to their high-computing computers, high-processing computers. And also, Saildrone now has connection with Lawrence Berkeley National Lab’s scientific community to also work on similar projects,” Hogg added, referring to access during the upcoming pilot.

• The company’s location is no accident: the P3 is carefully crafted to hone Alameda’s technology and R&D focus — and help it revitalize the former Naval Air Station Alameda, the area now known as Alameda Point. A city memo of understanding called the partnership the first step in a multi-agency program “to entice clean and green economic development to Alameda Point and collaborate with educational institutions, nonprofits and for-profit research and development institutions.”

Having a for-profit R&D already in place to attract others should be a big benefit to the city and the project, Hogg said.

• The project’s educational benefit, however, should also be considerable. The Alameda County Office of Education, which Hogg said is managing the CENIC network for the project, is developing a “blue science” curriculum for its school districts.

R&D and tech companies interested in locating at Alameda Point and getting on the network will be required to offer student internships. Ultimately, Hogg said, this could give students the ability to begin internships as early as middle school at companies like Saildrone, continue a “blue science” education at College of Alameda community college, and then at a university or through an internship at the Lawrence Berkeley National Laboratory. Other tech hubs around the city could later be connected to the network, Hogg said.

• Planning for the pilot began May 25, 2018, with Alameda City Council approval to spend $150,000 for the hardware needed for point-to-point connectivity, and on working with the county office of education to manage the connection. The venture’s exact value isn’t yet clear; that’s what the pilot should help determine.

“We want to see the direct benefit that these R&D companies are getting. Like an increase in the number of employees, an increase to the number projects,” Hogg said, noting that schools should also be able to track the number of internships available to students.