The phone companies noted that PG&E outages have been unprecedented and there was little advance warning to know which communities would be affected. And because the situation was fluid — with cell towers losing and gaining service — it was impractical to provide a list of downed services, they added.
Nov 21, 2019 / By Tribune News Service 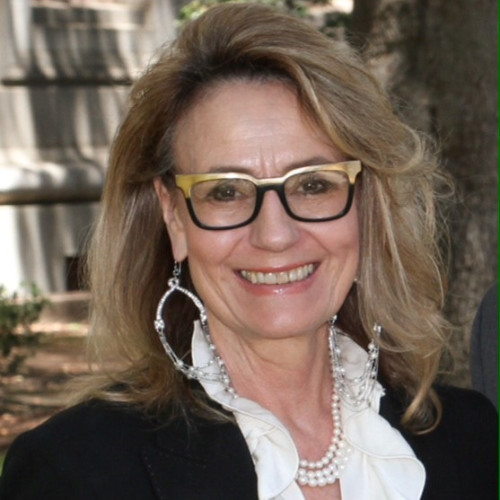 Despite PG&E’s blackouts, California’s phone companies still don’t have adequate backup power to keep service up and running. And when they lose service, they don’t say where.

This week, state regulators wanted to know why.

“We really must do better,” said Marybel Batjer, president of the California Public Utilities Commission, at a San Francisco hearing. “It’s endangering our lives. Californians rely on their phones, the internet and both wireline and wireless technologies to receive emergency notifications to contact family and friends, and to reach first responders.”

During the recent power shutoffs, hundreds of thousands of Californians were without wireless, wirelines, Voice Over Internet Protocol (VOIP) and Internet services, according to the CPUC.

At least 874 of the state’s cell sites were out during October’s Kincaid fire. In the Bay Area, outages ranged from 57.1 percent in Marin County to 2.1 percent in Santa Clara County.

That’s because there is no requirement that companies provide backup battery or generator power and network redundancy in high fire risk zones. There also is no regulation requiring that companies tell communities where service is down — so police and fire departments don’t know who needs help or whether emergency warnings are being heard.

“It is critical that the public know how communication providers perform, especially during times of crisis,” said Batjer.

Consumers are doing their part to prepare for outages by having backup power and keeping their cellphones charged, said Elizabeth Echols, director of the CPUC’s Public Advocate's Office.

“Communication companies must also do their part to keep the network up and running,” she said.

At Wednesday’s hearing, experts described the impact of lost coverage.

“The loss of communication networks during an emergency as a matter of life and death to the people to California,” said Mike Wilson, Cal Fire Division Chief.

According to Paul Troxel of the California Office of Emergency Services (CalOES): “The solution is clear. The wireline, wireless and VOIP providers must be designated to build with sufficient backup power and reliable redundant backhaul connectivity. Until a resilient, reliable communication network is in place, local agencies need to know when communication systems used by those in their community are potentially impacted by a disaster.”

The phone companies noted that PG&E outages have been unprecedented and there was little advance warning to know which communities would be affected. Past experiences did not prepare them for the scale of the October and November outages, they said.

Because the situation was fluid — with cell towers losing and gaining service — it was impractical to provide a list of downed services, they added. Sometimes adjacent towers could fill in for lost service.

And it can be dangerous to bring generators to high-fire risk cell tower sites, they said.

“We feel that we responded as well as we could in a unique situation,” said John Gauder, regional senior vice president for Comcast. “It has been a challenge to work through them and to to find the right level of communication based on the requests that have come in. ... Our first focus was on public safety and employee safety.

“Considering the significant fire danger associated with Public Safety Power Shutoff events and with our focus being on public safety, we believe it to be in the best interest of our customers and communities to not deploy generators during this high risk fire time," he said. “We are continuing to work with providers of battery backups to see what the other options are.”

Allison Ellison of Frontier Communications said: “We worked hard to provide the reporting to the best of our ability based on the expedited requests. I can tell you that they come at a time — and they are resource-intensive — when we are focusing our efforts on emergency preparedness, emergency response and maintenance of services.”

There are also confidentiality concerns, according to a Comcast attorney. Companies don’t want to disclose the locations of critical network infrastructure.

Rather than regulations, the companies proposed technical workshops to reach agreement about future standards.

“A one-size-fits-all standard does not take into account many of the feasibility issues and restrictions that we have, in terms of guaranteeing backup power to all sides,” said Rudy Reyes of Verizon. “We do recognize there is a need for state action here. And we would like to welcome workshops to work out exactly what that standard ought to be, and what exceptions and caveats should be made to that.”

Now California is considering whether it’s time for new rules.

“The increase in frequency and severity of these wildfires has shown how critically important we all are on our communications networks during an emergency,” said CalFire’s Wilson. “Our partners in the communications industry must be prepared to maintain service before during and after an emergency.”