Agencies including the California Department of Technology, the Department of General Services and the Office of Information Security are making progress toward seeking solutions to the state's wildfire crisis and developing a road map around information security and privacy, state CIO Amy Tong said during the California Public Sector CIO Academy in Sacramento.
Feb 26, 2019 / By Theo Douglas 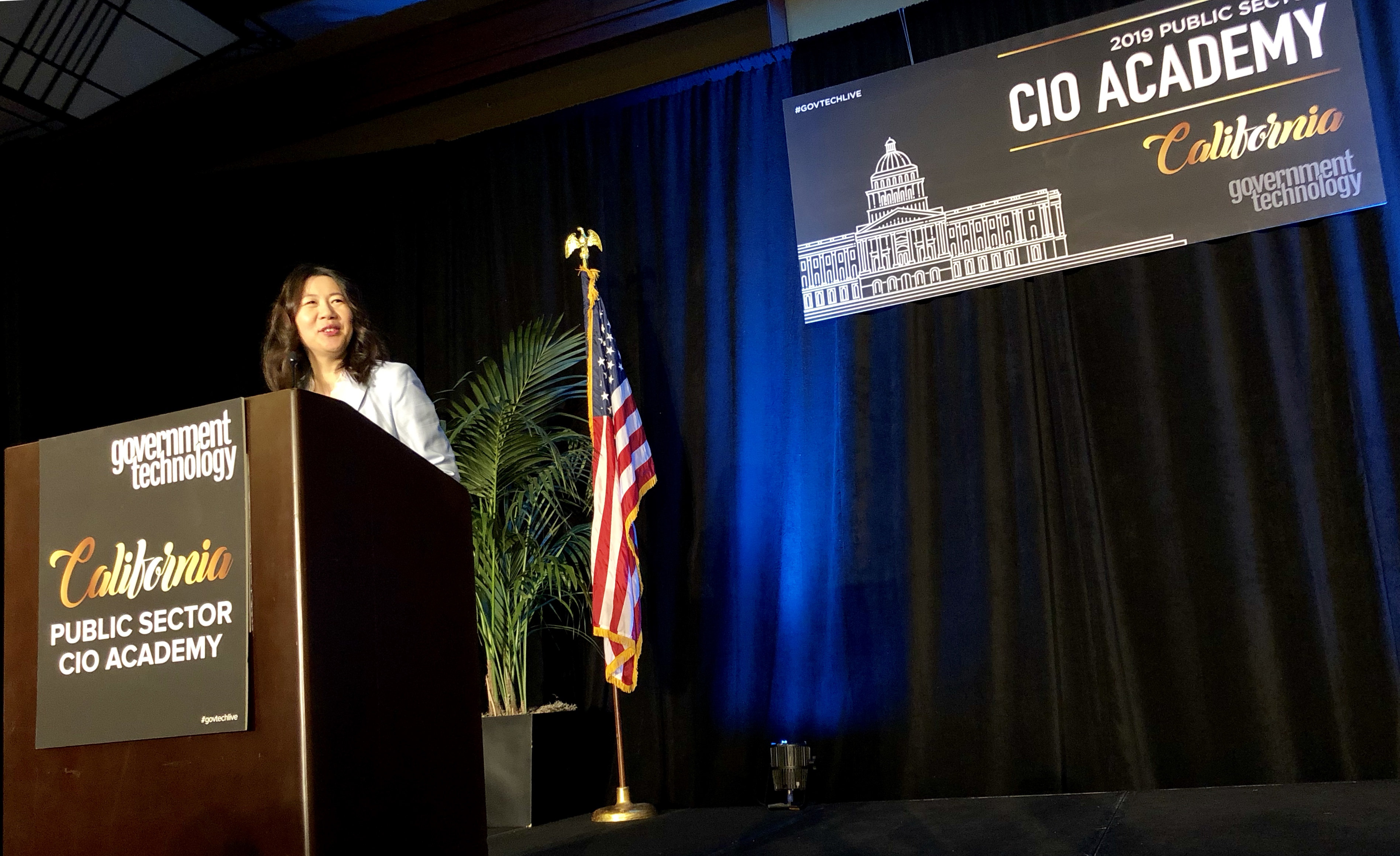 Last year, after 10 years of earning “a B-plus grade” from the Center for Digital Government’s* biennial Digital States Survey, the state at last earned an A-minus, the CIO pointed out during the event’s opening remarks, praising the “great leadership” and involvement of staff. Coming in March, the state expects to:

• Move toward seeking solutions on wildfire management and suppression: The California Department of Technology (CDT), where Tong is director, and the Department of General Services (DGS) are working on a new procurement, “literally in a war room on a day-by-day basis, trying to get that on the street in a very, very short time,” the CIO told Monday's audience.

The endeavor is driven by Gov. Newsom’s Jan. 8 Executive Order mandating “a new flexible approach to procurement called RFI2 or Request for Innovative Ideas.” The order called for the first “Innovation Procurement Sprint” to be executed by CDT and DGS on behalf of the California Department of Forestry and Fire Protection (Cal Fire) to “identify innovative solutions to the state’s wildfire crisis.” It set a goal of “working-solution deployments” this year and “final awarded deployments” by spring 2020. The result should be released “within the next couple of weeks,” CDT’s Communications Deputy Director Alice Scott-Rowe said.

• Forge an information and privacy blueprint: The state Office of Information Security (OIS) is also partnering with agencies including the Office of Emergency Services (CalOES), the CHP and others on an “information security and privacy security road map and strategy,” Tong told the room. She offered no further details in an interview, but said the plan will be released once it is vetted.

“We are targeting everything by the end of the first quarter,” Tong told Techwire.

• Push forward on cloud: The California Office of Technology Services' (OTech) “digital migration readiness playbook” should also roll out during the first quarter, Tong said, noting: “This is going to continue to advance cloud adoption in the state of California.”

• Plan for digital innovation: The new Office of Digital Innovation (ODI), which Newsom called for establishing in his proposed budget, will be “a complementary office to the Department of Technology,” Tong said.

“We’re actually in there working with GovOps and (the Department of) Finance (DoF) to shape what the new office will do, so that’s how we’re seeing it as a more of a complementary role,” she said in an interview. ODI, of course, hasn’t yet been approved. The Associated Press reported Newsom will offer a revised estimate of revenue, and spending proposal, in May.

• Assist in DMV audit: CDT is working “collaboratively” with DoF during its ongoing DMV audit, Tong said — an audit prompted by issues arising last year from its Motor Voter program. As an “oversight entity,” CDT has to be involved, she told Techwire.

“Although there’s great things to celebrate, there’s definitely setbacks along the way. But this is what technologists and technology, the specialists and all of the leaders in this room are all about,” Tong told the audience. “Setbacks and challenges along the way are actually great learning opportunities,” she added, not referring specifically to any particular hurdle.

*The Center for Digital Government is a division of e.Republic, parent company of Techwire.