"We are very concerned. We are doing everything in our power to drive awareness. We have pivoted from awareness to give a nudge, trying to get people to take action," says the department's director, Steve Gordon.
Feb 7 / By Tribune News Service 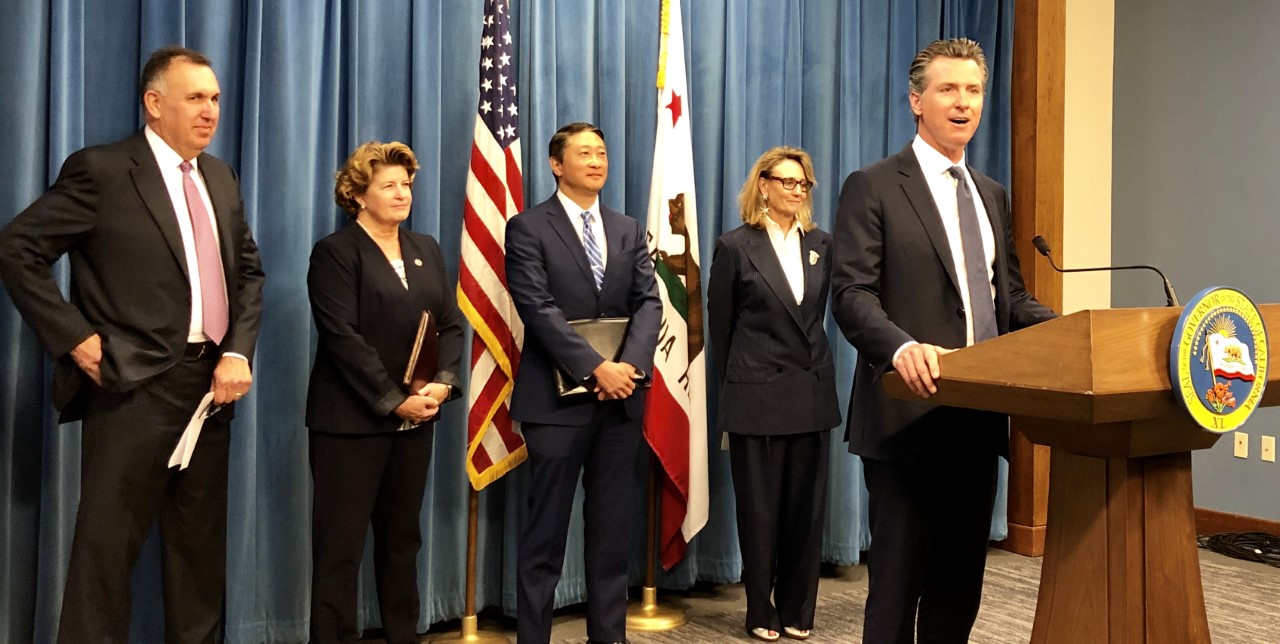 California is falling perilously short of its targets for issuing Real IDs and will have to more than double the number issued each month to reach the millions of drivers still without the federally required identification card before an Oct. 1 deadline, officials said Thursday.

With eight months to go, the state Department of Motor Vehicles has issued Real IDs to just 25 percent of California’s 27 million drivers since it began providing the new licenses in January 2018. The DMV would have to issue at least 1.1 million Real IDs each month to get them to all licensed drivers expected to apply for one by October.

The problem has taken on new urgency, as the DMV reported last week that it issued an estimated 381,570 Real IDs in January, a drop from the number issued in each of the previous six months, including December's total of 485,000 cards.

Adding to the uncertainty is the troubled history of the DMV, which has been beset by problems in the last two years including frequent computer system crashes, staffing problems, turnover of leadership and burdensome paperwork processes that in 2018 had some people waiting in line for four to five hours.

The failure of the DMV to mobilize and accommodate more residents needing the new federal cards could prevent millions of people lacking proper identification from boarding domestic airline flights this fall, officials say. The new identification will be required by the U.S. Department of Homeland Security as an extra public safety measure for air travel within the United States and to access secure federal facilities and military bases.

The DMV might receive a deluge of late applications as the deadline approaches, and residents could again experience hours-long wait times at DMV field offices, some officials worry.

Assemblyman Jim Patterson, R-Fresno, a frequent DMV critic, said he is not surprised that the number of Real IDs issued decreased last month, while average wait times have crept up.

“We have been picking up on these growing delays in Central California,” said Patterson, vice chairman of the Assembly Committee on Accountability and Administrative Review. “The problem is the same as it’s always been. The DMV simply doesn’t have the capacity to do something this important on time. What’s coming next is a huge meltdown as the clock starts to run out. Californians, get ready for long wait times everywhere, all over again.”

DMV officials say they expect 16 million motorists to have applied for a Real ID before Oct. 1, and 7.1 million have been issued. The figure is based on expectations that many will wait until after the deadline because they don't have air travel plans, or have a U.S. passport or other federal IDs that are also acceptable to board planes, agency officials said. Some might not apply at all because they don’t want a Real ID.

DMV Director Steve Gordon said Thursday that he was not satisfied with the number of people who have gotten Real IDs so far, but he isn’t yet able to fully explain why the January numbers were down.

“We are very concerned,” said Gordon, who was appointed last year by Gov. Gavin Newsom as part of a shakeup of the beleaguered agency. “We are doing everything in our power to drive awareness. We have pivoted from awareness to give a nudge, trying to get people to take action.”

On Friday, the agency issued a statement that included another nudge from Gordon: “DMV Director Steve Gordon continues to encourage Californians to come to a DMV office now while wait times are low and offices are less crowded,” said an afternoon news release.

The director said changes to the process will be implemented in the coming days to reduce the time Real ID applicants spend at the counter, and new technology, including the ability to upload information by computer, is also coming soon.

DMV officials said one factor that may have contributed to the January drop in Real IDs is there were two holidays that month when offices were closed — New Year’s Day and Martin Luther King Jr. Day.

The crush has meant those scheduling a time to get a Real ID are being told they have to wait three to four months for an appointment, so DMV officials are urging people to go to a field office as a walk-in.

Assemblyman Phil Ting, D-San Francisco, who has held hearings on the Real ID crush as chairman of the Assembly Budget Committee, said it was “disappointing to see the Real ID numbers trend down last month.”

“We are less than eight months away from the Oct. 1 start date, and I remain worried we’ll see an uptick in wait times, especially as we get closer to summer when the added resources we’ve given DMV will be put to the test,” Ting said.

The prospect of a return to hours-long wait times has many state officials worried. The average wait time for applicants visiting field offices with no appointment was 43 minutes in January, up from 37 minutes in December.

DMV spokeswoman Anita Gore noted the agency served a record 2 million people in its offices in January, and provides other services including vehicle registration.

“We are building capacity by reducing transaction times, but with more people coming in, wait times increased slightly,” Gore said. “As more people decide to come in to get a Real ID as October gets closer, we anticipate wait times will continue to increase. This is why we are encouraging people to come in now.”

Gordon predicted wait times will fall again when new processes are put in place in the coming weeks. The increase in wait times in January happened as the field offices were open fewer days.

“You had a whole bunch of people going through a small funnel,” he said.

Newsom boosted the DMV budget by $200 million this year, allowing the hiring of more than 700 additional employees and reducing wait times from their peak in the summer of 2018.

“Anyone happy about that?” he asked of the sub-40-minute wait times at a Jan. 10 news conference. “No. Is there a 'Mission Accomplished’ sign? Absolutely not. Are my eyes wide open about the Real ID program coming in October? Absolutely.”

Gordon said that the new funding, staffing and improvements to computer technology, including an expansion of the number of self-serve kiosks, are allowing the DMV to handle larger volumes of residents showing up at field offices.

Asked how confident he is that the DMV will be able to issue at least 16 million Real IDs by Oct. 1, Gordon said, “I feel very confident that we will have the capacity to do that.”