The Los Angeles Controller's Office debuted a redesigned website aimed at improving public access to a variety of municipal, financial and performance data, via a new architecture that should be more scalable than its predecessor.
Apr 10, 2019 / By Theo Douglas 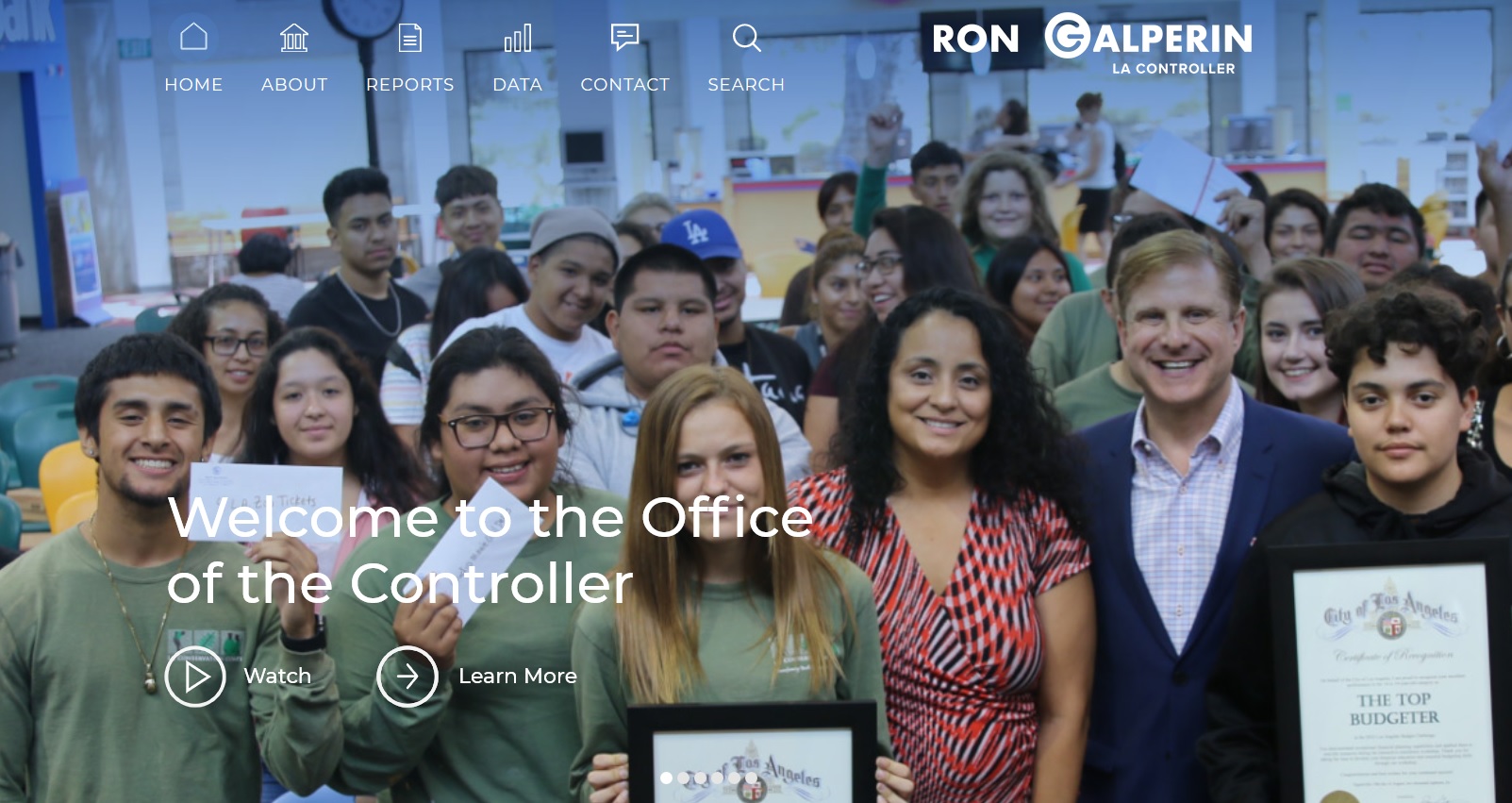 The office of the Los Angeles Controller, whose elected leader, Ron Galperin, is a taxpayer watchdog, and auditor and chief accounting officer for the nation's second largest city, has debuted a new online presence designed to increase transparency and accountability.

Galperin’s office announced on Wednesday the hard launch of an updated website, LAController.org, created to expand the amount of information and financial data available to residents and staffers and improve their ease of access. Its soft launch was roughly a week ago, and an internal demo is planned next week. Among the takeaways:

• The website updates a previously existing site, with a newly designed platform founded on Wordpress. The city of Los Angeles’ Information Technology Agency (ITA) collaborated on it with L.A.-based design and tech consultant Fundamental Design Group. Group principal Jessica Thompson has previously worked with Los Angeles police and fire departments on their websites. The Controller’s Office paid roughly $60,000 for the website’s design, build and launch, which was factored into the office’s operating costs.

“Controller Galperin was the first elected official in the city to launch an open data website," said Ian Thompson (no relation), spokesman for the Controller’s Office. "He helped create that expectation and wants to not just maintain that level, but push it even further.”

• One of its main achievements is to improve all open data functions and how existing information streams are grouped and streamlined — making them easier to read and providing a more comprehensive sense of the role of the Controller’s Office. Centralizing this data on a website that could grow was key for the design group.

“Our goal was to set them up with a very strong, scalable foundation that they could bring in and continue their good work, but have a template and architecture that would support it,” Jessica Thompson said.

• The updated LAController.org continues to link to Galperin’s open-data portal, ControlPanel LA, which features a variety of performance data on how staffers are doing. Information streams include comparing crimes reported versus arrests made, recyclables collected, potholes filled. This, too, was previously available, Ian Thompson said — but not easily accessible.

• Working with the Controller’s Office educated her on its data streams and its mission, Jessica Thompson said — something she wonders whether other Angelenos know about.

“I wanted to bring those forward, and also, that this office in particular has a real focus on technology, on information and on data," she said. "The tech industry here in Los Angeles, that’s really vital, and so our government should be vital in the same way.”