San Diego’s two-year effort to build a cluster of technology expertise around cybersecurity is taking root, with an estimated 14.7 percent increase in cyberjobs since 2014.
Jun 24, 2016 / By Tribune News Service 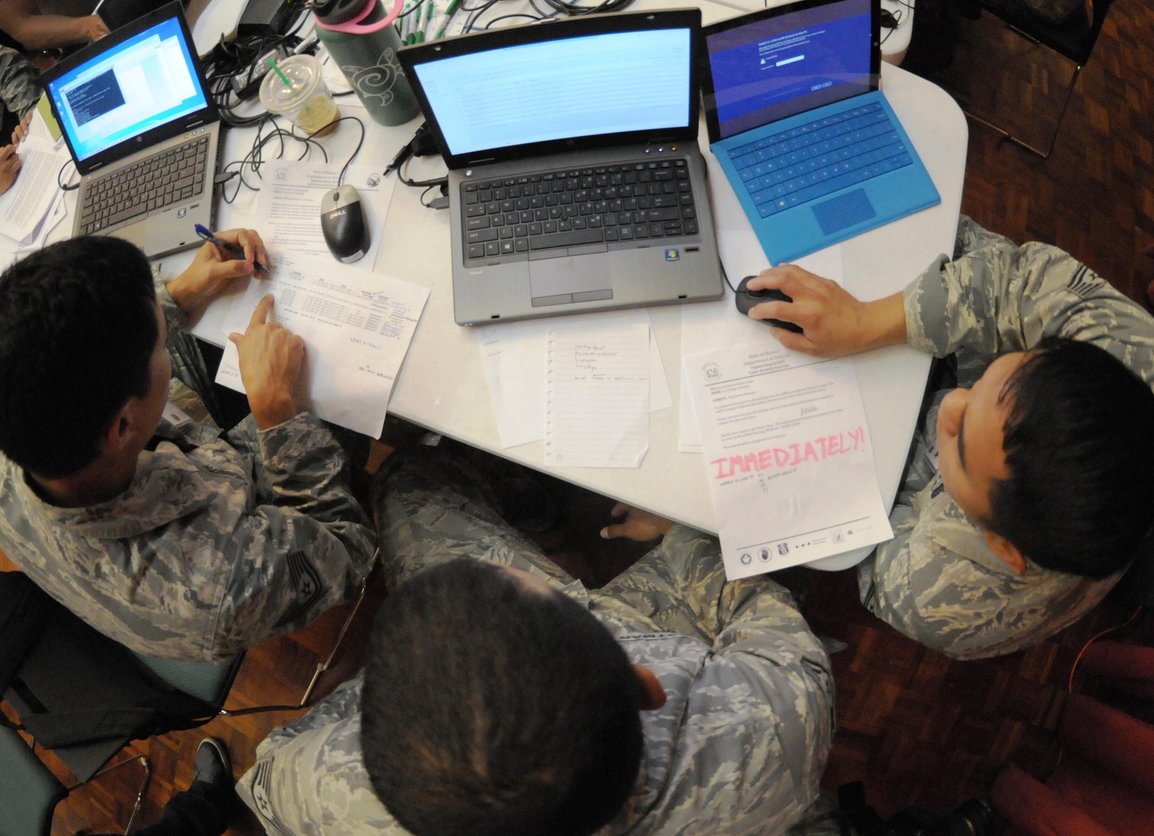 San Diego’s two-year effort to build a cluster of technology expertise around cybersecurity is taking root, with an estimated 14.7 percent increase in cyberjobs since 2014.

The region’s Cyber Center of Excellence trade group released an update Thursday to its inaugural snapshot study on the region’s footprint in cybersecurity.

While the study found a relatively small increase in the number of cybersecurity companies locally — 104 compared with 100 two years ago — it did point to strong job growth.

Private sector and the Navy’s Space and Naval Warfare Systems Command (SPAWAR) collectively have 7,620 people working in cybersecurity — up from 6,600 workers in 2014.

"We felt it was important to show some comparison to the baseline as quickly as we could," said retired Rear Adm. Kenneth Slaght, president of the local Cyber Center of Excellence. "It’s one thing to forecast a bunch of numbers. It is another to come back two years later and say we achieved those and in some cases exceeded those."

The study found that 4,230 people work in private sector cybersecurity in the region at companies such as ESET, ViaSat, iBoss Cybersecurity and EdgeWave, among others. That’s up 19 percent from 3,550 private-sector jobs two years ago.

SPAWAR is the anchor of San Diego’s cyberambitions. The Navy’s information technology center, SPAWAR has years of experience securing data on military computers and communications networks.

SPAWAR has about 3,390 people working on cybersecurity, up 9.5 percent from 2014, according to the study.

"The two things that really drive the cyberindustry are the defense market because of SPAWAR, but what has really taken off and exceeded defense in some cases is the commercial market," said Slaght. "A lot of companies that were in the small stage last time are now in the medium stage."

Companies in the San Diego region received more than $1.1 billion in contracts from SPAWAR last year.

"Historically the Department of Defense was the one that worried the most about what we call information assurance because we want to assure those command and control functions," said Pat Sullivan, executive director of SPAWAR and an adviser to the nonprofit Cyber Center of Excellence. "But with the growing threat to global security in general, the commercial space in this cyber area has been exploding with new tools, new applications and new services."

San Diego isn’t the only region seeking to make cybersecurity an economic engine. Much of the nation’s cybersecurity infrastructure is based around Washington D.C. and Baltimore — home of the National Security Agency, the U.S. Cyber Command and other technology security agencies.

The region has dubbed itself a National Cyber Center of Excellence and established educational, venture capital and marketing programs around cybersecurity, which employs more than 75,000 workers in the Baltimore and central Maryland area.

Regions in Texas also are working to create cybercenters of excellence. In 2014, network security firm Websense moved its headquarters from San Diego to Austin, relocating 445 jobs.

And the Bay Area is home to several firms that work on cybersecurity, including Cisco and Palo Alto Networks

Slaght said each region has something to offer.

"The more centers of excellence, the better position we are going to be in to get ahead of what I consider to be the No. 1 security risk to the country," he said.

According to the study, San Diego’s cybersecurity industry generates $1.9 billion in gross domestic product annually. Employers surveyed as part of the study expect their cybersecurity workforce to grow 13 percent in the next year, compared with the projected 2 percent overall job growth in the region.

"This study shows how the convergence of the innovation economy, education and research and the Department of Defense presence creates a fertile ecosystem for companies and talent," said San Diego Mayor Kevin Faulconer in a statement.

There is a red flag in the report, however. About 80 percent of companies surveyed said they had difficulty hiring qualified cybersecurity employees — particularly experienced workers.

"We recognize that," said Slaght. "I think this was the No. 1 reason why we were stood up."

The Cyber Center of Excellence has a jobs board on its website and taking other steps to boost the cybersecurity workforce, said Slaght.