As drones are more commonly used by first responders, public safety personnel, watchdogs and observers discuss how working together is key to maintaining residents’ trust.
Jul 31, 2020 / By Jed Pressgrove 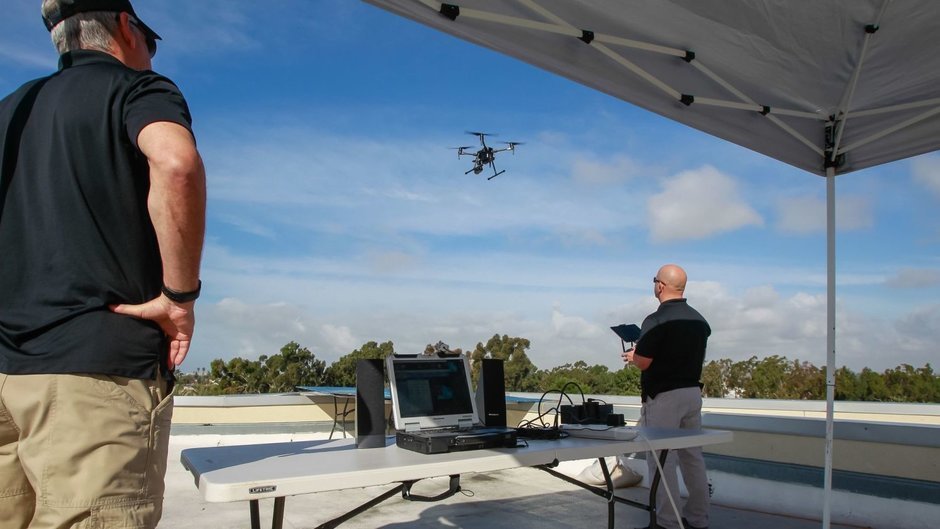 Drones have become a more visible part of American society since the beginning of the COVID-19 pandemic. And while many use cases haven’t drawn much scrutiny, occurrences such as unarmed military-grade drones flying over protests have raised concerns about the intentions of public safety organizations that utilize the technology.

Government agencies have to be careful not to damage the public’s trust; otherwise, they may not be able to fly drones anymore. That’s the perspective of Charles E. Werner, a retired fire chief who directs DRONERESPONDERS, a program that, according to its website, brings together drone users with “the ultimate objective of maximizing drone operations for public safety.”

Earlier this month, DRONERESPONDERS released “The Five C’s,” which are principles that departments can follow in order to ensure responsible use of drones. The top principle: community engagement and transparency.

“The No. 1 thing that needs to be done is very extensive and transparent engagement with the community,” Werner said. “They have to be well informed of how the drone is going to be used and when it’s going to be used. The public has the right to look at what’s being done with the drone at any time that they wish.”

Matthew Guariglia, policy analyst for the Electronic Frontier Foundation (EFF), shared a perspective that sums up the fear that some have about police stepping over the line with emerging tech.

“I think it [drone technology] poses quite a threat to civil liberties,” Guariglia said. “As we know with police, once they get approval to use a piece of surveillance for one reason, it’s not long before it becomes the new favorite toy.”

EFF recently uncovered evidence that the San Francisco Police Department “conducted mass surveillance of protesters at the end of May and in early June using a downtown business district's camera network” — without receiving public approval as required by San Francisco law.

Such news, along with the revelation that unarmed Predator drones were flown over protests in major cities, should “terrify” anyone who believes in the right to protest, Guariglia said.

Chula Vista Police Department (CVPD), which has one of the most advanced drone programs in the country, understands the importance of building and maintaining community trust. Lt. Don Redmond, who manages the drone program, said his department engaged with stakeholders — citizens, local politicians and organizations like the American Civil Liberties Union — for about a year before it even purchased its first drone.

CVPD’s policy outlines exactly why the agency has drones and what the tech won’t be used for — namely, general surveillance or general patrol operations. And if a novel idea for the technology does come up, Redmond said the public is notified before the mission, as when the department, during the pandemic, planned to send a drone with speakers near a homeless population in the canyons to announce that medical resources were being provided nearby.

When citizens of Chula Vista see a drone, they know it’s to help respond to an emergency situation, Redmond said. In the last year, Redmond has received only two phone calls asking for an explanation about the drones. On one of these calls, a woman was curious about why a drone flew over her house. Redmond told her that a man with a knife was running through her neighborhood and that she could come view the footage if she had any doubts.

Redmond, Guariglia and Werner all had their own reservations about the news that multiple U.S. police departments have had drones shout out social distancing orders to crowds. Werner thought the practice probably created confusion and a perception of “sci-fi creepiness,” while Guariglia and Redmond pointed out that public health is not the domain of police.

“For law enforcement, it’s probably not a good idea,” Redmond said. “If county health officials want to do it strictly through the health department, I think the community would accept that quicker than the police department using it for the same reason.”

By Jed Pressgrove
Jed Pressgrove, a staff writer at Government Technology magazine, has been a writer and editor for about 15 years. He received a bachelor’s degree in journalism and a master’s degree in sociology from Mississippi State University.