Its initial wireless 5G broadband deployment behind it, Sacramento is focusing on the rollout next year of free Wi-Fi kiosks in 27 city parks.
Nov 28, 2018 / By Theo Douglas 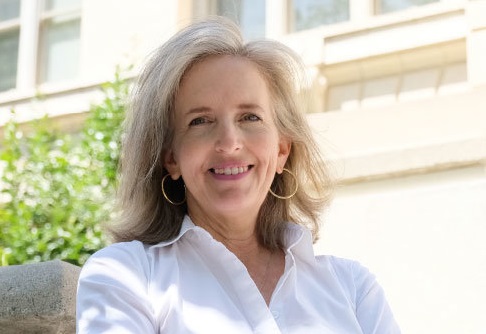 The city of Sacramento’s largest tech news this year may have been its debut of wireless 5G broadband this fall, but another vital deployment — the underlying infrastructure to support 4G and 5G technology — is ongoing and will yield clear results in 2019, Chief Information Officer Maria MacGunigal told Techwire.

The municipality joined Los Angeles, Houston and Indianapolis on Oct. 1 as one of the first four cities to debut wireless 5G broadband; and its Chief Innovation Officer Louis Stewart has said it remains on pace to be one of the nation’s first 11 cities to stand up the infrastructure needed to support 5G. Spheres of planned wireless 5G broadband coverage color the city north to south with particular concentrations in downtown and midtown, but residents should notice the arrival of additional services next year. Among the developments:

• Free Wi-Fi via kiosks in 27 city parks, a component of the city’s $100 million public-private partnership with Verizon, will begin to arrive during the first quarter of 2019 even as the infrastructure and in-ground fiber continue to be put in place, MacGunigal said. The exact schedule and which parks will come online first is still being determined, the CIO said. An exact timing on the infrastructure rollout is unclear.

• The Verizon pact aside, Sacramento has already created what MacGunigal described as a “streamlined permitting process” available to all wireless carriers — and she said the city encourages “all of the carriers that would be developing within our jurisdiction” to press onward in standing up 5G. She counseled other governments contemplating 5G to work with carriers to facilitate good designs and to include electric utilities, as infrastructure frequently needs a power source.

• The installation, with Verizon, of 15 digital kiosks in and around downtown, went on hold in October as the communications company indicated it may make “some strategic decisions around how they’re going to deploy those” and what “hardware infrastructure will look like,” the CIO said. “Basically, the kiosks, in the balance of things, were not a huge win for the city, per se. We were willing to try them and see if they were a good solution for our community, for a period of time,” MacGunigal said.

• The city is focused on delivering smart city solutions, including traffic management with Verizon, that will result in “multiple intersections connected along multiple corridors,” the CIO said. The goal is to deploy not just sensors but also analytic tools to understand data in real time and improve decision-making. Sacramento’s smart cities approach comes from a high level to enable a citywide view, MacGunigal said.

“I think the necessary next step in the evolution of a smart city is to be strategic and broad in our approach to it and to sort of step back a little bit and get away from the individual shiny objects, implementations of pilots, and to really look at how we do this on a scale across our entire city, that engages all the different parts of our community,” she said.