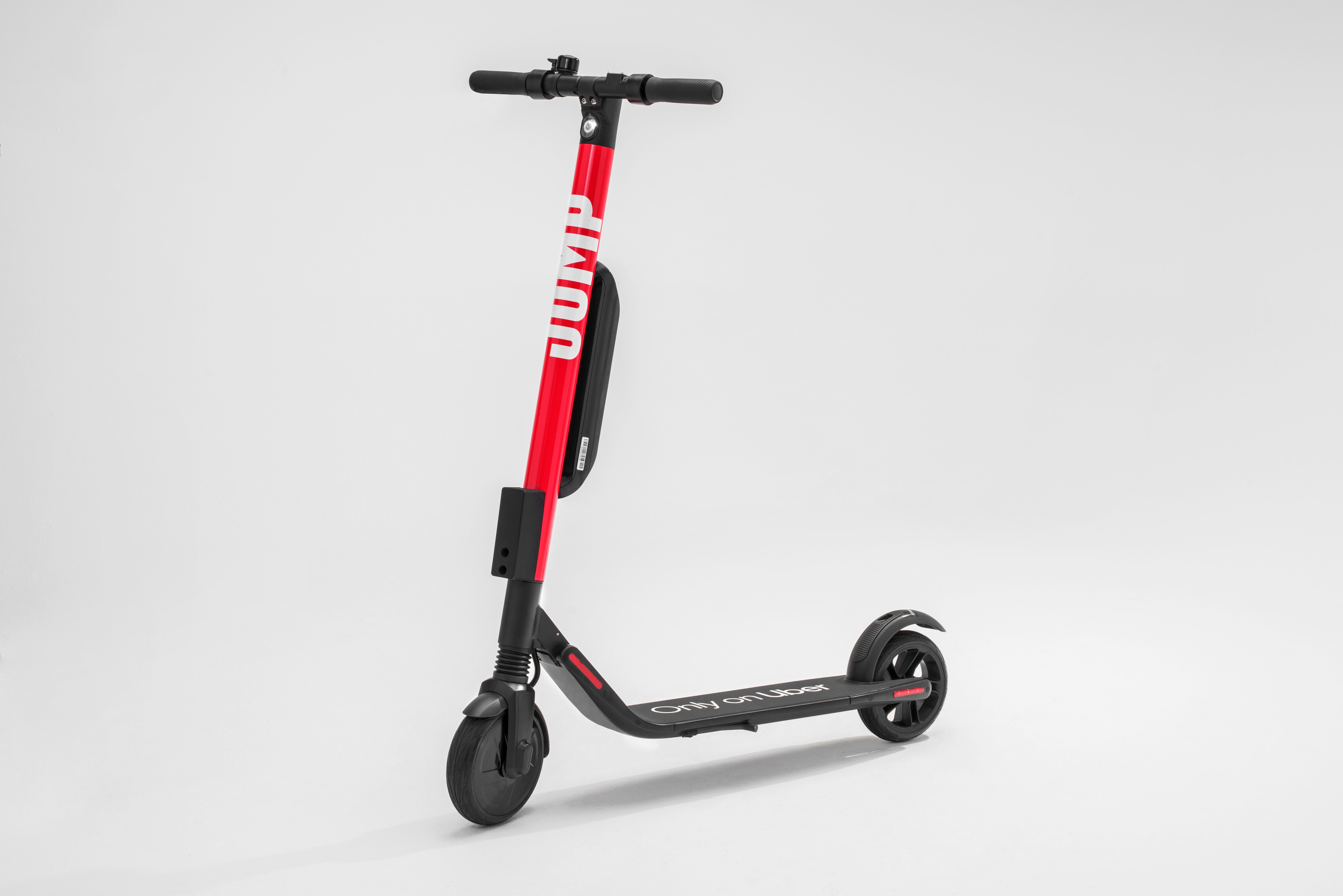 By Tony Bizjak, The Sacramento Bee

A 53-year-old man died in San Diego after he lost control and hit a tree. The victim, who had been riding on the sidewalk, suffered serious head injuries, police said. He was not wearing a helmet.

A 41-year-old man on an electric scooter died in Santa Monica last week when he fell off a scooter and was hit by a car.

In Sacramento, where the Jump bike and scooter company recently introduced 100 motor-assisted rental scooters, there have been early reports of some riders falling when traversing midtown railroad tracks, and one reported injury crash in the street two weeks ago near Memorial Auditorium.

Jump is the sole e-scooter rental company in Sacramento. Several other scooter companies are active in a handful of cities around the state and have expressed interest in bringing their services to the Capital City.

The Sacramento City Council on Tuesday is set to adopt regulations controlling those companies. The regulations would include fees the city would charge the companies to operate in Sacramento. The city would then use that revenue to build parking spaces that can be used by scooters and bikes.

The city rules also would control the number of scooters allowed on city streets.

Kirin Kumar of WalkSacramento, an advocacy group for alternatives to cars, said the scooter crashes should prompt officials and scooter rental companies to engage in a deeper review of risks, as well as discussions of more rider education and training.

Many people have had little or no experience riding scooters, especially motorized scooters, he said. The smaller front wheel likely makes them less stable than bicycles, Kumar said.

“It is a new potential safety concern, both for users of the devices, but also for drivers and pedestrians,” he said. “We need to be talking about the fact that we are seeing a litany of new forms for transportation (devices), but still sharing the same limited right of way.”

California law requires electric scooters be ridden in the street, not on sidewalks. It limits scooter use to streets where the speed limit is 25 mph or slower, unless the street has a designated lane for bikes and scooters.

Notably, a recent change to California state law makes it legal for adults to ride a motorized scooter without a safety helmet.

Sacramento Police on social media recently posted rules and advice about scooter usage, saying users are not allowed to ride two abreast, cannot be under the influence of alcohol and must use hand signals to alert others about turns and stops.

Uber, the parent company for Jump scooters, said it is looking into ways to keep riders safe.

“We are very focused on safety as we introduce new mobility options like bikes and scooters,” Uber said in an emailed statement to The Sacramento Bee. “We are currently teaming up with road safety experts on ways to contribute to safer roads, such as promoting the use of helmets among our customers, as well as providing in-app resources to encourage safe riding when using JUMP products.”

The company provides free helmets when it launches in a new city. “In Sacramento we gave away 500 helmets on day one, and had brand ambassadors on the street for several weeks handing out helmets and providing tips on safe riding,” the company said.

The company and city of Sacramento have placed a safe riding video on the city’s website. Jump’s smartphone app includes safety tips. The company has posted its own safety tip website that instructs riders to make sure they understand the scooters’ braking systems and apply the brakes gradually.

The University of California, Los Angeles, recently conducted a study based on scooter injuries at two L.A. hospitals and found that head injuries were the most common injury, followed by broken bones. Lesser injuries were less likely to involve a hospital visit. Several scooter riders hit and injured pedestrians, but most crashes involved the scooter rider running into an object. In some cases, the scooter was hit by a car.

Recently, at the request of the city of Austin, the federal Centers for Disease Control and Prevention launched an epidemiological study of risk factors for e-scooter crashes. That starts, CDC officials said, with finding ways to count the number and type of injury crashes. Preliminary data is expected to be released this spring.

Austin has had electric scooters in use for a year, Austin Public Health official Jeff Taylor said, and city officials were getting reports of injuries. “I refer to this as an outbreak investigation,” Taylor said. “We don’t know where, how, what type, how severe. This is basic epidemiology about who, where and when.”

Taylor said early analysis suggests a lack of helmet use is leading to head injuries and that many crashes involve just the scooter, not another vehicle. “They may hit a pothole, a root on the street, some loose gravel, they may try to use their cellphone.”

He has rented scooters and said balancing the device is “a learning experience.”

In a statement to The Bee, the CDC said: “CDC expects that the findings of the investigation in Austin can be applied to other cities and states to be able to help prevent injuries related to electric scooters.”