“I love our segment, I really do,” Paul Maunder told Techwire. “Nine years at HP in SLED, two years at Palo, three years at Red Hat – all helping public-sector people be successful at technology. It gets me up in the morning.”
Mar 11 / By Dennis Noone 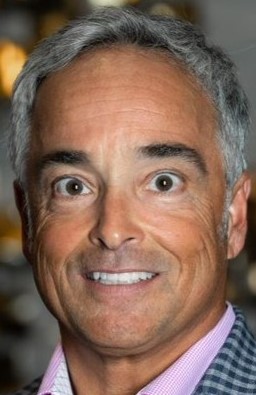 “I’m a fourth-generation San Franciscan, working for a California-based company,” Maunder told Techwire. “I take a lot of pride in that, and working with people I’ve known for years. I get to build a team and become part of the whole VMware go-to-market strategy. It’s exciting. I’m very pumped up.”

Maunder has been in tech sales since 1993 and has been affiliated with, among others, HP, Palo Alto Networks and, most recently, Red Hat.

“I always admired VMware when I was at HP, and they were just starting up,” he said. “They were disruptive back then, then they became a standard and now we’ve got this new disruptive technology around containers, and that’s going to be the new development platform moving forward. So I’m excited by that,” he added.

Like many in the sales and marketing field, Maunder has worked in different segments of the IT industry.

“What was cool was, when I was at HP, I dealt with all the infrastructure. Then I went to Palo Alto and I dealt with the cybersecurity, and then when I went to Red Hat and now here, I’m dealing with the modernization of the applications. So that’s kind of the full spectrum of operations, cybersecurity and applications — which is where this whole DevSecOps thing is going.”

He added: “I love our segment, I really do. Nine years at HP in SLED, two years at Palo, three years at Red Hat — all helping public-sector people be successful at technology. It gets me up in the morning.”

Maunder, based in the Bay Area, is a graduate of California State University at Chico with a bachelor of science degree in business administration and management.