The municipality aims to become “one of the most data-driven cities in the entire country,” its chief innovation officer said, and will offer a “citywide, challenge-based digital transformation procurement” later this summer.
Aug 13, 2019 / By Theo Douglas 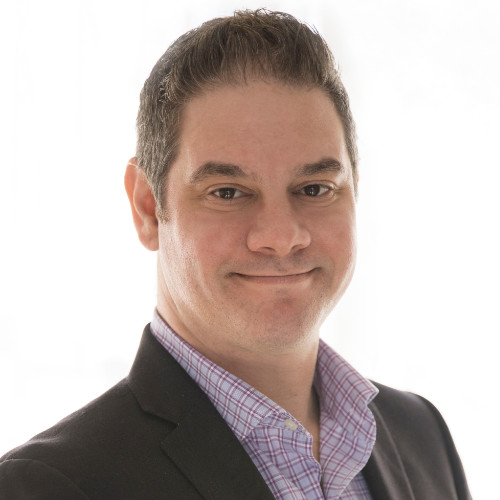 After recently on-boarding an innovation leader, one of San Diego County’s most tech-forward municipalities will move forward this year on several initiatives and make two more key hires.

Carlsbad, a coastal city of more than 115,000 whose employers include software, life sciences and technology firms, found its first-ever chief innovation officer last fall in David Graham, the former city of San Diego deputy chief operating officer. The new C-suite arrival — the first chief innovation officer in “the entire San Diego County region,” he told Techwire — is guiding several ongoing technology projects and will work closely with at least one of the new hires. Among the takeaways:

• Carlsbad has announced that it will hire a Data Science & Business Intelligence Manager — a position reporting to Graham, who in turn reports to the city manager. The job is “an expert/lead technical role,” according to the listing — seeking a candidate to offer “technical expertise and direction for the development of citywide data policy, governance and management,” as well as generate business intelligence across the enterprise and build data science and analytics capabilities.

The new manager, Graham said, will gather a “citywide perspective” on data collection, governance and distribution — and be instrumental in helping department staff capitalize on an upcoming virtual academy in performance and analytics to start doing their own data analysis.

“The goal is that you begin to upskill the departments and have a consistent framework, so that the job then of your data scientist and analytics lead becomes one of looking over the horizon at what’s coming next and building more of that capability. And two, ensuring that what’s happening across the city is consistent with policy,” he said. Salary will be $103,206 to $149,556 per year. The position closes Aug. 29.

• The city is also hiring a Business Systems Specialist to work in areas including process improvement, software design and management and serving the business intelligence needs of a particular department. The job listing describes the candidate as an “emerging expert” responsible for creating “unique and complex business solutions,” exercising a “high degree of discretion and independence” and possibly leading small to medium technology projects.

This particular specialist, Graham said, will be assigned to the city fire department and could be involved in plans to utilize GIS and predictive analytics to more effectively rededicate and deploy first responders and service resources. The goal here, the CIO said, is to reduce the most common types of 911 calls through “proactive programs and partnerships.” Salary will be $72,612.80 to $94,972.80 per year. The position closes Aug. 20.

“Skills are one thing; attitude and energy are what really matter," Graham said. "What I’m really looking for — and I kind of put it in my tweets, right? — are people who want to apply their skills to be the model for data in government.”

• In the next few weeks, Carlsbad will release what the CIO termed a “citywide, challenge-based digital transformation procurement” aimed at attracting a team or teams to work with the city on “specific procurements in the digital transformation space.” That will include everything from back-of-the-house technology of human resources, payroll and finance to external-facing solutions. The endeavor is backstopped by the city’s $14 million innovation fund — and partially inspired by the state’s recent Request for Innovative Ideas (RFI2) under Gov. Gavin Newsom.

• The city is working with vendor GovQA, which stood up its Public Records Act request portal, on a platform launching in September to respond to citizen inquiries to the Carlsbad City Council. The Public Records Act request portal successfully routed more than 30 percent of Web traffic to existing information and responses. Officials are hopeful that by ultimately uniting the two data streams — records act requests and city council inquiries — they’ll be able to further increase diversions.

An update of the city’s public-facing app is underway, with a focus on expanding service and making it proactive and reactive; and possibly even a text-to option. And a last-mile solution from RideCo will enter beta testing next week, providing an “on-demand service” to drop staff at some of Carlsbad’s inland employers within 5 minutes of their businesses.