Kirby Brady, director of the Performance and Analytics Department since joining the city a year ago, will keep that role in addition to her new position, according to Mayor Todd Gloria.
Jan 8 / By News Staff 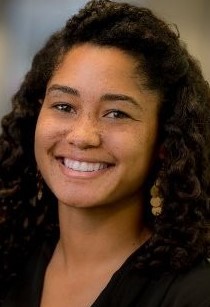 Kirby Brady, director of the Performance and Analytics Department since joining the city a year ago, will keep that role in addition to her new position, according to an announcement this week by Mayor Todd Gloria.

In the director role, Brady has been responsible for organizing the city’s data, making it accessible and useful to decision-makers.

Before her role as city data chief, Brady was director of research for the San Diego Regional Economic Development Corp. for four years, and before that spent more than six years as a senior research analyst for the San Diego Association of Governments. She has also been a spatial analyst at the Center for Sustainable Cities, a researcher at Equinox Center and a GIS specialist at Colliers International, according to her LinkedIn profile.

“Her unique experiences, creativity, drive and passion for civic innovation will help our city harness the data and technology we need to provide world-class service in every neighborhood,” Gloria said in a tweet.

The city has been involved in a high-profile effort to roll out a huge network of smart streetlights with sensors, but it was temporarily halted last year.

San Diego officials said last year that COVID-19 accelerated their plans to use technology to reinvent how the city operates, with 5G, citizen-facing apps, organizational efficiencies and other initiatives.

“The idea is really to consolidate services and resources so people aren’t having to use this particular email or that particular hotline to request a service,” Brady said in July.