Andrell Bower, who joined the city of San Diego's Performance and Analytics Department five years ago, is one of the few women to hold a similar position for a major U.S. municipality.
Nov 20, 2019 / By Patrick Groves 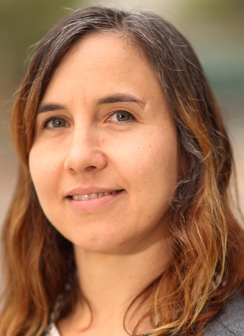 Bower will oversee the procurement and deployment of new solutions to optimize city government processes, a press release from the mayor’s office states. Bower is also charged with expanding resident access to municipal information and “data-informed decision making.” Previously, Bower served as the open data program coordinator as part of the Performance and Analytics Department formed by the mayor in 2014.

“Andrell has been instrumental in the development and implementation of our open data initiative to give San Diegans access to more of the information they own,” Faulconer said in a prepared statement. “Those efforts earned San Diego national recognition as a top city leveraging technology for public use. Her experience will keep our city competitive, transform the city’s data into tangible solutions to our biggest challenges and enhance the quality of life for all San Diegans.”

San Diego was recently awarded first place in the 500,000-or-more population category of the 2019 Digital Cities Survey, presented by the Center for Digital Government.* The survey highlighted the city’s Get It Done app, which was a product of the Performance and Analytics Department, according to the release from the mayor’s office.

Bower said in a statement that she felt honored to be a part of the team responsible for the open data portal and will use her experience in her new role.

“We’ve published hundreds of data files to the portal, developed tools to keep that information updated and helped people use and understand the data,” Bower said in the release. “I look forward to continuing to improve access to citywide information, employing advanced analytics to help solve issues and bolstering better data governance as the city’s chief data officer.”

The statement highlighted that Bower is one of a few women serving in a similar IT role for a major U.S. city. Her predecessor, Maksim Pecherskiy, vacated the CDO position in July to pursue side projects, such as building custom private-sector software. Before her involvement in technology, Bower was a journalist, according to her LinkedIn profile.

*The Center for Digital Government is part of e.Republic, Government Technology's parent company.

By Patrick Groves
Patrick Groves is a staff writer for Government Technology magazine. Previously, he worked for five years at newspapers in Washington state, Idaho, Florida and Northern California.