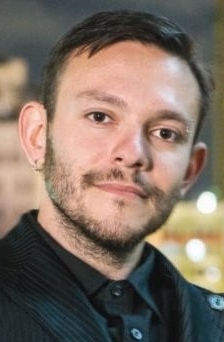 The state’s second-largest city will fill a key data position, a representative of the Mayor’s Office told Techwire, but that process — which aims to be inclusive and well-informed — hasn’t yet begun.

San Diego Chief Data Officer Maksim Pecherskiy’s last day in the office was Friday; but despite heading to Lima, Peru, later this month, he may well remain in municipal gov tech. Among the takeaways:

• Pecherskiy, San Diego’s first-ever CDO, held his position for nearly five years, and has said he’ll next turn his attention to side projects including building custom private-sector software. Eager to be pushed out of his comfort zone, Pecherskiy said international development and disaster management are “the new problem spaces that I want to explore.” The now-former CDO, who speaks English and Russian fluently, and whose Spanish is around “70 percent,” didn’t rule out collaborating with munis in other parts of the world.

“I think this concept of working internationally, but at the city level, has been spinning in my head a lot. There’s a range of problems that I now know very well how to solve. I want to see if I can help bring that to ... the city of Lima or wherever it is that I end up being,” Pecherskiy said.

• San Diego, which created the CDO office in 2014 as a unit within its Performance and Analytics Department (PandA), hasn’t named an interim, Almis Udrys, deputy chief of staff for Innovation & Policy for Mayor Kevin Faulconer, told Techwire. The city will look to its burgeoning startup community for advice on the path forward.

“Kind of different roles and responsibilities, how we’ve grown in terms of the data and analytics capabilities and how we want to project that into the next several years, or as long as we can keep the next person. That will help inform the recruitment process for the successor,” Udrys said. (PandA has 15 total staffers in the new fiscal year, which began July 1, including the CDO and two employees under that position.)

• The city’s next CDO will likely need to match some of his or her predecessor’s acumen. An “out-of-the-box thinker” according to Udrys, who hired him, Pecherskiy was brought on board to stand up the city’s open data portal, DataSD, which went live in July 2016. He took the project back from a vendor and built it in-house, “which saved the city money and gave him an opportunity to shine,” Udrys said. (Pecherskiy also built the StreetsSD road condition tracker with an Esri-powered search.)

“I think they’re big shoes to fill,” Udrys said. In an email, he credited Pecherskiy for initiating “the culture change necessary to bring data literacy ... to a workforce of over 11,000 employees that led to several independently initiated projects by our city employees.”

“Generally, how I approach software architecture is, what is the simplest thing you can build that solves the highest need use case? You can always make things more complicated. You can always add extra features,” said Pecherskiy, advising potential CDO candidates that the position requires relationship-building and technology chops.

• San Diego has still more work to do in data. The city will shortly begin licensing dockless scooter companies and ingesting their data — but strengthening data integrity will be crucial to accurate analytics, Udrys said. Data and analytics may also be vital to helping the city’s homeless; but security challenges arise where that information intersects with Health Insurance Portability and Accountability Act data, Pecherskiy said.

• The city is open for business with tech vendors, but the deputy chief of staff and the former CDO both offered some pointers to would-be partners. They emphasized understanding potential issues on a fundamental level to propose meaningful solutions; avoiding cold calls, emails or messages — and including company tech staff in the meeting when pitching the city, to enable a deeper conversation.