“We wanted to identify how to deploy such a service in San Jose in different locales. Is it suitable for all of our city streets?” said Andrea Arjona, transportation specialist with the San Jose Department of Transportation.
Nov 18 / By Skip Descant 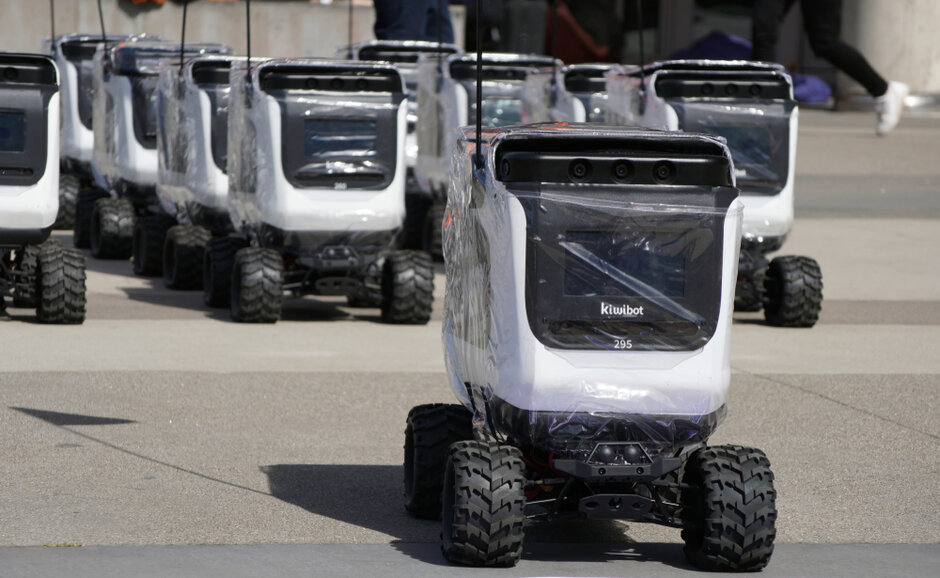 As the COVID-19 pandemic continues to drag on, Silicon Valley’s largest city is testing the still-emerging technology of delivery robots.

In San Jose, a pilot project to test on-demand delivery robots during the pandemic not only served to-go orders from restaurants, but provided valuable data related to the accessibility of sidewalks and crosswalks, as well as opening the door to have mobility data specifications (MDS) include delivery robots. MDS, in use in more than 100 cities around the world and at least 14 different countries, allows mobility services to have a pre-established way to exchange information with regulators.

In July, the city partnered with the company Kiwibot to operate a delivery robot service as part of an initiative to expand touchless and physically distant deliveries.

“We wanted to identify how to deploy such a service in San Jose in different locales. Is it suitable for all of our city streets?” said Andrea Arjona, transportation specialist with the San Jose Department of Transportation, during the panel discussion. “So really understanding what are the challenges for different urban environments within our city.”

“We also wanted to make sure the service was accessible to different groups, not just people that typically order DoorDash,” she added, calling attention to elderly residents or low-income residents.

The idea was to use the data to identify service access barriers.

“If the service picks up very quickly in one community, but not in another, what could be happening there? Also, we’re evaluating acceptance,” said Arjona.

The city also used the bots to gather data related to accessibility, concluding that if a robot had trouble making it through a crosswalk, it’s safe to say a person using a wheelchair, or someone pushing a stroller, might have difficulty as well.

In a number of cases the MDS language has not yet caught up with delivery robots, so when food was picked up by the bot from a restaurant this marked the start of the trip — taking the data point and language from the start of a scooter trip. The company, Blue Systems, worked as a third party to collect and relay the data to the city.

“We had to adapt it in a way that it made sense, and we could put within our mobility manager so that the team in San Jose can actually use the data, and it made sense, from a visualization standpoint,” explained James Delgado, vice president of business development for Blue Systems.