Creation of the new role is part of a reorganization of the former Information Technology department with expanded services that include data analytics and performance measurement, user-centered service design and community engagement. The department has an annual budget of almost $5 million.
Apr 23, 2019 / By Tribune News Service 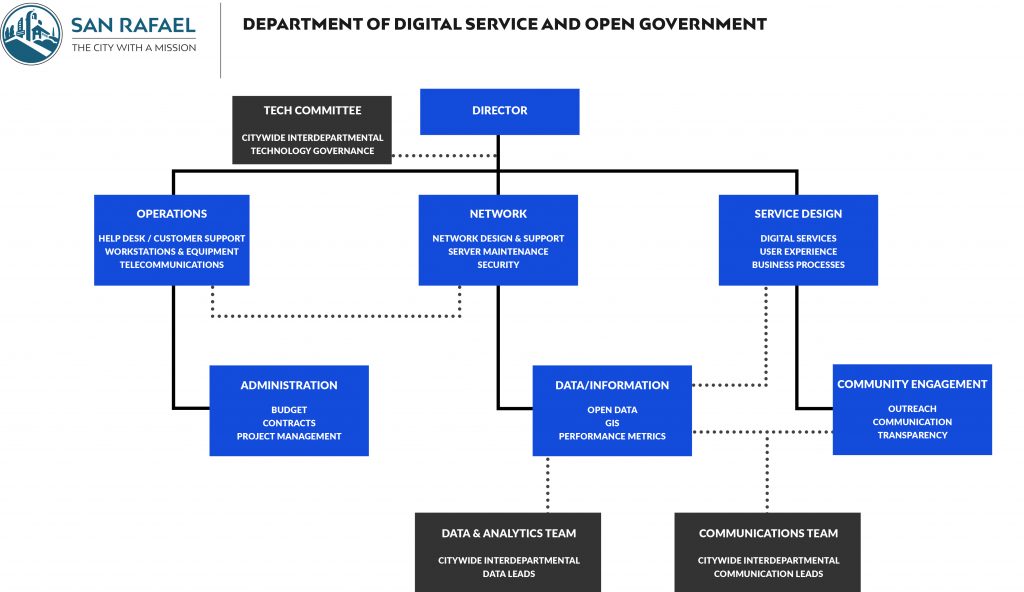 City Manager Jim Schutz said the new role is part of a reorganization of the former Information Technology department with expanded services that include data analytics and performance measurement, user-centered service design and community engagement. Woodbury will manage a seven-member staff and an annual budget of about $4.8 million. She will be paid $138,888 per year.

Woodbury said her team will perform standard in-house IT duties and help department staffers effectively use software and technology, including news updates on the city website and email newsletters.

"What we're doing is living within our means," Woodbury said. "We're using the same budget to do more. We're really laser-focused on making our existing operations more efficient so that hopefully, over time, residents will see better service delivery designed around their needs — a more user-centered approach.

"We'll be using data to make decisions so that there is a more strategic focus to what we're doing," she said.

In a statement, Schutz said: "The new department will be a peer and strategic adviser to all other city departments as we evolve our service delivery. With Rebecca's enthusiasm and expertise, San Rafael will be well-equipped to be a 21st century government that strategically employs the use of technology and designs services for and with our users."

Woodbury won the employee of the year award in 2014 and also received the rising star award at the Municipal Management Association of Northern California's Women's Leadership Summit. In 2017, she was named one of the Top 25 Doers, Dreamers and Drivers by Techwire sister publication Government Technology. She has bachelor's and master's degrees from Mills College in Oakland.

Illustrating the city's emphasis on open government, its financials are publicly available online, as is its IT enterprise catalog. Vendors interested in doing business with the city can start here.