SF to Use Tech to Clear Cannabis Convictions

Code for America will partner with the office of San Francisco District Attorney George Gascón in using technology to automatically reduce marijuana convictions for city residents who are eligible under Proposition 64.
May 16, 2018 / By Zack Quaintance 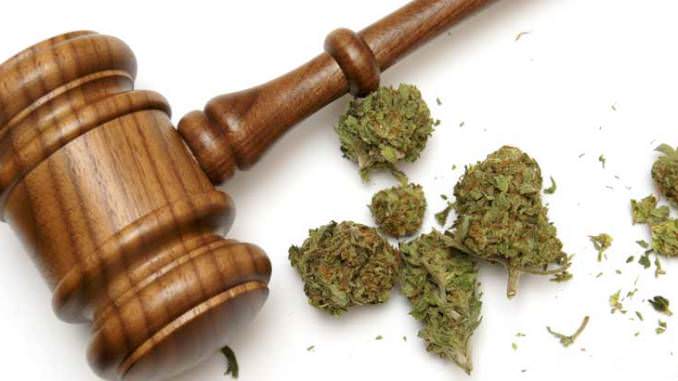 Code for America will partner with the office of San Francisco District Attorney George Gascón in using technology to automatically reduce marijuana convictions for city residents who are eligible under Proposition 64.

Proposition 64, the California Marijuana Legalization Initiative, was passed in 2016 and legalized recreational marijuana use for those over the age of 21 while simultaneously establishing related sales and cultivation taxes. In January, the San Francisco District Attorney’s Office became the first in the country to announce that it would proactively dismiss and reduce as many as 8,000 old marijuana convictions. Previously, those who wanted to have charges dismissed often had to engage in a lengthy and complex multi-step process that frequently required help from an attorney.

Once the DA’s office pledged to proactively clear eligible convictions, the problem then became the logistics of doing that. That’s where Code for America (CfA) comes in. As a national nonpartisan and nonprofit group that uses technology to make governmental function better, this type of service automation is at the heart of the group’s mission, according to CfA Executive Director Jennifer Pahlka.

“We have for a long time noticed a gap between what voters [were] promised [in] Prop. 64 and what’s actually happening by people affected by those propositions,” Pahlka said, “and we’ve been looking for ways to close that gap in the context of our overall mission, which is that government should work better in the digital age.”

Since announcing its intent to proactively eliminate the convictions in January, the San Francisco DA’s office has been pulling old files and working on paperwork to dismiss misdemeanor marijuana convictions. So far, it has prepared 962 motions to dismiss, submitted 528 to the San Francisco Superior Court, and has granted 428 dismissals.

Through the partnership with CfA, the office will now pilot a product that allows the municipal government to determine eligibility for record clearance under state law, automatically fill out the required forms and generate a completed motion in PDF format. The DA’s office will then file that completed motion with the court, eventually applying the same process to all 4,940 felony marijuana convictions dating back to 1975.

Affected individuals don’t have to take any action to have their records cleared. The pilot program is also expected to greatly reduce the amount of time the DA’s office and its staff will have to spend on processing the erasures.

This is a first-of-its-kind program, although CfA plans to expand the pilot to as many as five other California counties by 2019. Pahlka said that if there is interest among other counties, or other states, the organization could bring the program there as well.

This work is an extension of CfA’s Clear My Record project, which began in 2016 and seeks to make it possible for government to help clear eligible criminal records without individuals having to take lengthy or expensive actions, thereby supporting re-entry and decriminalization efforts across the country.

Since its inception, Clear My Record has connected 7,000 people with attorneys in 14 counties throughout California, a geographical area that encompasses 32 percent of the state’s population. The group reports that Clear My Record’s mobile friendly-service takes 8 minutes to complete, a stark contrast to spending hours in legal clinics, courts or other government offices submitting applications.