A network of infrared cameras, linked to servers and the cloud, is being used across California's forests as an early warning system to try to prevent the fast-moving wildfires that have plagued the state in the last couple of years.
Nov 30, 2018 / By Jim McKay 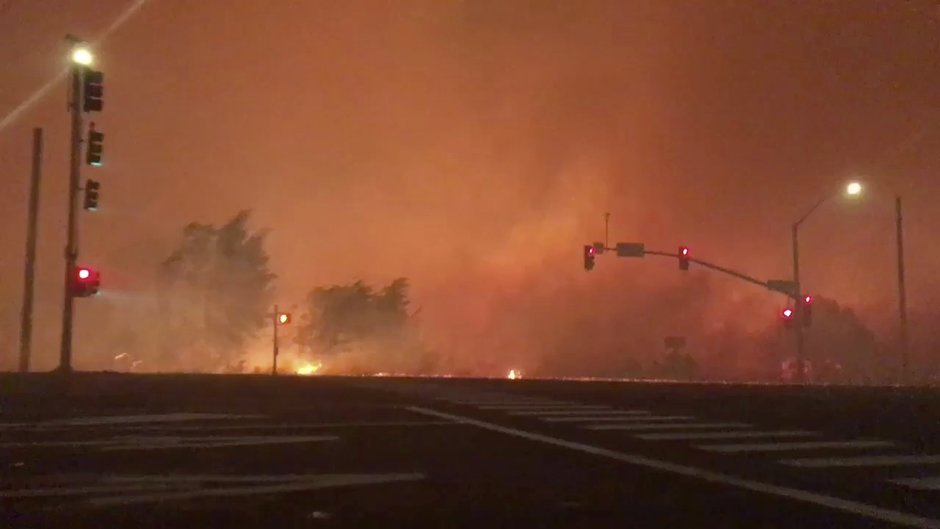 As California grapples with increasingly deadly wildfires with seemingly few real solutions, one small but effective way of saving communities is getting more attention and traction: deploying a network of infrared cameras on mountaintops and other high-hazard areas.

The AlertWildfire network, consisting of some 80 cameras already dispersed among California forests, has already proven its worth on several occasions. As recently as last week in San Diego County, cameras caught two fire startups and allowed fire personnel to put them down with the appropriate amount of manpower.

Last December, cameras helped keep the Lilac Fire under 5,000 acres by allowing fire personnel to make key decisions early, before the fire got out of hand.

“The likelihood of pinning down that fire without a massive response was low,” said Graham Kent, director of the Nevada Seismological Lab in Reno, Nev., and a chief architect of the AlertWildfire camera network. “In that case, it could have been the difference between a billion dollars or not.”

So far, the network stretches from California and Nevada to small slices of Oregon and Idaho. Data from the cameras is sent to the Amazon Web Services cloud.

“We basically build microwave networks to bring back the data in real time on a redundant network, so we can sustain some level of failure,” Kent said. “We ultimately bring that into Linux servers, then put that data into Amazon Web Services cloud.”

The network has been running for about five years through about 600 fires. Some of the cameras are monitored and that is good, but Kent said fire starts are almost always called in quickly. The problems arise with trying to locate the starts and in understanding the nature of the fire and how much resources will be necessary.

“Sometimes people call it in and it isn’t anything or the location is wrong, and sometimes it’s exactly where they said but then dispatch has to respond and they still don’t know what it looks like, its behavior,” Kent said. “They can do an educated guess or send up a spy plane or drive to the mountain with a truck. One’s a guess and the other two take time.”

The cameras allow key decisions to be made immediately. Each camera costs about $2,500 and the infrastructure might add another $75,000, depending on location. But, Kent said, knocking down one fire might save that amount in resources.

“Every time you de-escalate a fire, you’ve just paid for your camera.”

The plan is to continue to deploy the cameras in California, and recent, devastating fires have pushed this plan to the fore. Pacific Gas & Electric is interested in becoming a major player in the network in the near future, according to a CNBC report.

“I can’t speak highly enough about these cameras, and it really was an easy decision to make to invest in them,” said Caroline Winn, chief operating officer for San Diego Gas & Electric (part of Sempra Energy), which recently deployed 16 cameras, according to the CNBC report.

Kent said the cameras will be deployed wherever they are needed, but it will take time.

“It’s kind of a whack-a-mole type thing," he said. "We just put in a bunch of cameras in Marin County, and then there was the fire in Paradise.”