The Startup in Residence program, which matches tech companies with local government workers to help them solve public-sector problems, wants to grow a lot bigger. Today, some California success stories were showcased at a conference.
May 22, 2018 / By Ben Miller 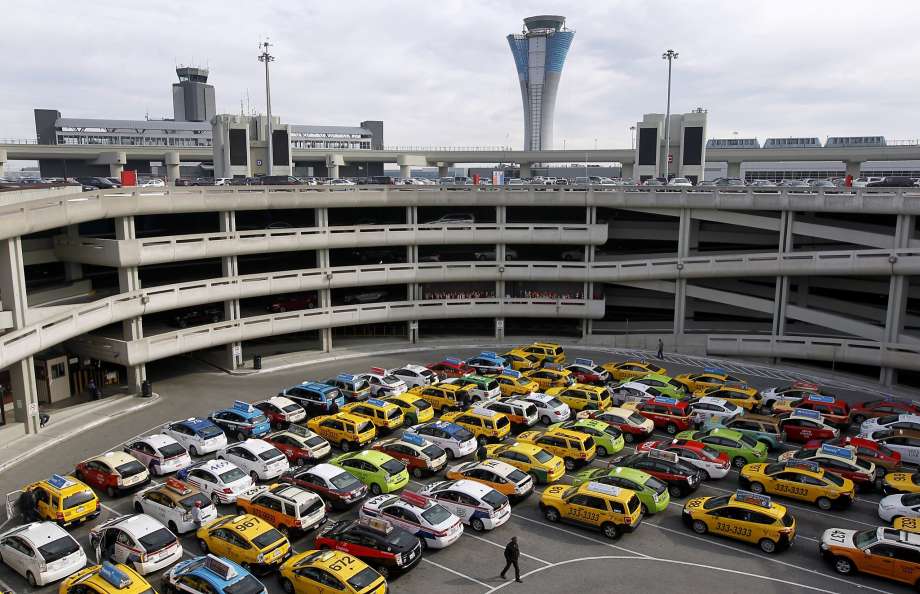 The Startup in Residence (STiR) program, which matches tech companies with local government workers to help them solve public-sector problems, wants to grow a lot bigger.

The program, which started in San Francisco in 2014, has since expanded to 11 local governments across the U.S.

Today, as its most recent round of companies demonstrated their work at the "Bridge SF" conference in San Francisco, STiR's leaders announced they want to grow to include 100 local governments within five years. It's a big goal. But Jay Nath, executive director of the City Innovate Foundation as well as the founder of STiR, thinks it’s doable.

“One of the things that’s amazed me is that without any real marketing, we’ve had nearly 100 cities reach out to us unsolicited, wanting to know more, wanting to partner, wanting to work with us — various levels of interest,” he said.

That will likely include some expansion into Canada. British Columbia has already set up its own STiR-like program, not officially affiliated with STiR, and Nath said he’s heard from several Canadian mayors who are interested in pursuing it.

Along the way, Nath will be looking to make STiR’s fleet of participant governments more diverse. The bulk of its participants today are in California, and most of those are in the San Francisco Bay Area.

“We think there’s an opportunity to speak with big cities, smaller communities, red cities, blue cities and across the U.S., whether it’s on the coasts, in the South, in the Midwest — we really believe entrepreneurship is universal,” he said.

STiR also released its list of most recent California companies and projects to coincide with the companies’ demo day. Here are the latest STiR companies:

WORKED WITH: THE SAN FRANCISCO DEPARTMENT OF PUBLIC WORKS
ON: GARBAGE COLLECTION

Using sensors and the city’s 311 system to gather data, Nordsense worked to identify patterns of how public trash cans were used throughout the city.

“Together we were able to lay the groundwork for how we provide insights on finding the best can placements in the city,” Soren Christensen, Nordsense’s chief executive officer, wrote in an email.

WORKED WITH: THE SAN FRANCISCO DEPARTMENT OF PUBLIC WORKS
ON: STREET SWEEPING

San Francisco’s fleet of street sweeping vehicles drives 150,000 miles per year, removing 25,000 tons of debris and preventing it from entering the sewers and ocean. And they’ve been doing all the routing required for that work with paper.

“The city of San Francisco had a software tool which did not work out so they had … a lot of printouts and Post-Its on top,” said Marcus Scheiber, ms.GIS’ CEO.

The company, which has a presence in Austria as well as the U.S., worked with the Department of Public Works to bring that routing work onto a digital mapping platform. Drivers received mobile devices in their vehicles that could deliver vocal directions as they drove, instead of those drivers consulting handbooks in the middle of their work.

“Any changes and updates and improvements you make to these routes will be done once … without reproducing paper or making copies, and then it’s automatically loaded onto a tablet in the trucks,” Scheiber said. “So it’s a seamless process that is much faster and much safer in its final application.”

In the future, Scheiber wants to support route optimization and other applications as well.

San Francisco’s 311 system was experiencing an increasing number of citizen requests going to the wrong departments, which meant more work for city staff, longer response times for citizens and sometimes the wrong solution being delivered. So through STiR, it worked with ZenCity to try to fix it.

ZenCity used its classification capabilities, part of its existing software offerings, to increase the system’s accuracy.

“We used our (artificial intelligence) AI-based classification algorithm, which classifies citizen-generated data to different city departments with a high level of accuracy, to recommend to what agency to send each service request,” wrote Eyal Feder, ZenCity’s CEO, in an email. “The project resulted in a significantly improved routing accuracy.”

Conversation.one, which offers tools for users to set up chatbots and work with assistant-type devices like Amazon’s Alexa, worked with the airport to develop an interface that can deliver information to customers using natural language.

It’s tough to start a business. One has to find a place in the city to operate, apply for permits and licenses and more. The San Francisco Planning Department had one bottleneck in particular that it wanted to solve: location scouting.

“In such cases, constituents have to painfully navigate a complex maze of zoning regulations, involving repeated trips and calls to the information counter,” Symbium CEO Leila Banijamali wrote in an email.

So the company went to the department’s customer service counter and saw first-hand how the bottleneck develops, and then worked to deliver a custom solution that could be incorporated into the staff’s workflow.

“With help from SF Planning, our team has developed a powerful yet intuitive online solution enables constituents to find out, with a few clicks, whether their proposed business is permitted in a chosen location and to search for all locations in the city where their business is permitted,” Banijamali wrote.

The company, GIS People, worked with three separate STiR participants on three different problems. All of them incorporated its flagship product, Gruntify, which is workflow software.

WORKED WITH: MULTIPLE DEPARTMENTS WITHIN THE CITY OF WEST SACRAMENTO
ON: VOLUNTEERING AND EVENTS MANAGEMENT

This company, previously known as Help Emerge, has a product that allows government staff to post and promote events and volunteer opportunities across multiple channels, and over time build a list of engaged community members.

The idea is to create more constant contact with residents, and then to have a list of active volunteers ready to go at a moment’s notice when an emergency occurs.

“Our goal was really to create the base of a system that could engage communities day to day, with the idea that eventually we could reach out to populations during disasters as well in maybe a more robust way than the platforms we have today,” said Ryan Luginbuhl, the company’s CEO.

By Ben Miller
Ben Miller is the associate editor of data and business for Government Technology.