About eight weeks has passed since the three-month sprint began to transform Ca.gov, the state's website. Following their first release, leaders and developers on the Alpha project discussed some of their discoveries as they've addressed needs and brought user stories to life.
Jan 24 / By Theo Douglas 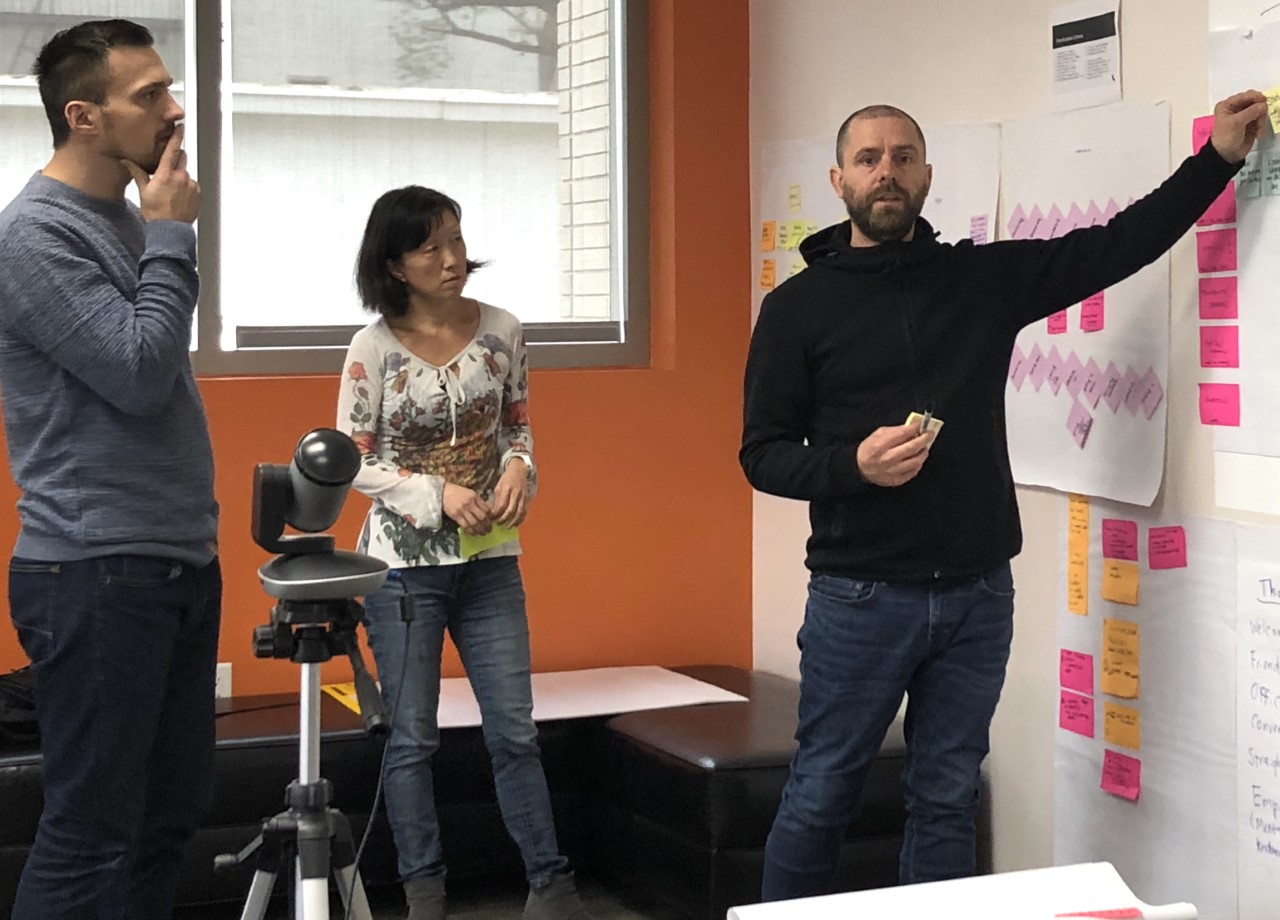 The sprint to transform Ca.gov is now roughly half over.

The team of technologists behind alpha.ca.gov, the project to transform the state’s website, has passed the midpoint in its three-month sprint, going live Jan. 13 with a first release. The Alpha team held a “baselining meeting” Wednesday to consider the roughly six weeks remaining, and they provided an update to one of three executive sponsors and the media, to show some of what’s been achieved so far. Among the takeaways:

• APIs and the cultural shift they represent are a big part of the Alpha project. During a presentation to team members and Michael Wilkening, special adviser on Innovation and Digital Services in the Office of the Governor, full-stack developer Carter Medlin said the group has worked to create APIs for services, most recently doing one to assist in looking up ZIP codes — an upgrade from the existing static file. It may seem “in the weeds” and not important to residents, said Medlin, who joins the project from the California Department of Technology (CDT). But doing APIs and storing all the code on the group’s Github repository demonstrates a commitment to open development.

• Deliverables in the first release list state employee holidays, let site visitors learn how to request a birth certificate, hire a licensed contractor, find their city’s minimum wage, and find nearby food banks. Research that went into identifying food banks — and standing up a page that lists them, shows locations on a Mapbox map, and offers 211 information and a number to text — revealed a lot about the project’s overall potential, Alpha leader Angelica B. Quirarte told Techwire. The assistant secretary for digital engagement for the California Government Operations Agency (GovOps) said food banks offer a window into different populations “at different stages of their lives,” but the lack of a centralized repository that listed them revealed distinctions among state, county and local resources that weren’t necessarily relevant to end users. People, Quirarte said, “don’t really care” where their service comes from, but are likely more interested in how accessible it is and how well it works.

“One of the questions is how are we rethinking our relationship between Californians and their government. It’s not just state versus local versus someone else. If someone is providing that service, how can we at least use the Alpha as a platform for collaboration and starting this conversation? Figuring out where are other pockets of services, where we could be collaborating better,” Quirarte said.

“It’s less about forcing integration or collaboration, because we’re not able to make that happen,” said JP Petrucione, communications lead for alpha.ca. gov. “But what we’re able to make happen is a more seamless experience from the user’s perspective in terms of identifying and finding services regardless of their source.” This week, the team will travel to the town of Paradise, which is rebuilding after being destroyed in the November 2018 Camp Fire, to hear other user stories.

• User stories now in progress examine the Cal Grants process, disability insurance, road conditions and water safety, although it’s unclear which will be released. With road conditions, the aim is to simplify the process of checking road conditions online and make it more equitable for all populations including those with disabilities.

“We’re even looking at maybe using voice and saying, ‘Hey, I want to go to South Lake Tahoe,’ and it’ll tell you on your route these are the conditions. And then if you want to launch into your phone’s map or whatever map of choice, right, just click a button,” said Artem Khomishen, interaction designer, who also comes from CDT.

• One site attribute that’s already operational but will continue to inform the team’s work is its Spanish language capability. The feature wasn’t in the original scope, but was an area of deep interest for Quirarte, Petrucione said. Translating content into Spanish made developers weigh cultural and linguistic distinctions “because the words that we were using in English did not quite translate in the right context in Spanish,” Quirarte said.

“I’d say we even went as far as, when we were doing the translation on some of our current prototypes, we saw that it also influenced how we would actually write the content in English,” she added.

• Wilkening has previously said the Alpha project will help guide the state’s Office of Digital Innovation (ODI), created last year by Gov. Gavin Newsom. Wilkening expanded on that idea in an interview Thursday.

“Certainly, lessons we can learn as we’re doing at ODI will depend on the projects that we’re taking on and what that environment’s going to look like,” Wilkening said. “But I think getting the issues out in front of the public, getting feedback — getting immediate feedback, honestly — has been really helpful as we’ve been doing this. So, I think it’s certainly going to inform as we move forward in this project, but I expect that it’s also going to be something that we discuss as we try to figure out other ways of doing business.”