Officials from the California Government Operations Agency and the city of San Rafael discussed how themes of transparency, collaboration and inclusion permeate tech-infused initiatives in open source and disaster response.
Jun 3, 2019 / By Theo Douglas 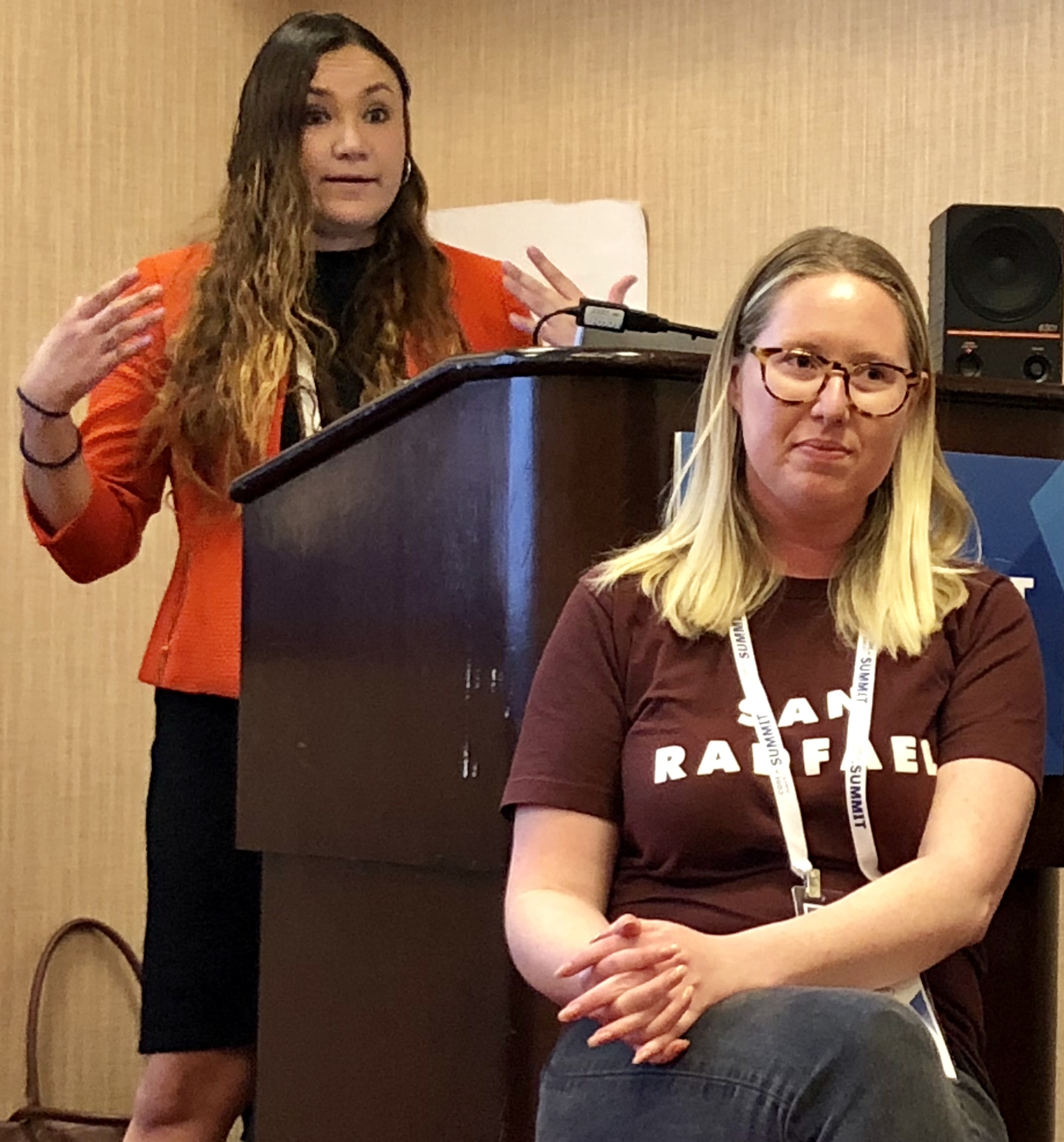 From left, Angelica Quirarte of the California Government Operations Agency and Rebecca Woodbury of the city of San Rafael discuss openness and collaboration. ( Theo Douglas )

Teamwork and open-source policies do more than save time and money and facilitate interstate partnerships — in the right situations, they can also save lives, state and local government officials said recently.

Initiatives that are still formative or in place for just months should have considerable significance for enabling governments to upgrade code and systems; and for helping first responders save lives during emergencies, California Government Operations Agency (GovOps) and city of San Rafael leaders said during a panel discussion at the Code for America (CfA) Summit. Among the takeaways:

“Through all these projects, I just really learned that ... almost everything, you really should try to think to default to open," Woodbury said during Thursday’s panel, called Public Service for and with the People: Building a Government Open Organization Through Culture, Code and Community. "Because if you can build something that will scale to another jurisdiction, I think that’s really the essence of public service,” she said.

• A state focus on open source since 2010 is bearing results. Building on the open-source policy the state has had since 2010, officials have since pursued hackathons; run a thread of open source through its Child Welfare New System Demonstration Project; and, in December, soft-launched Code California, its open source platform, according to Angelica Quirarte, GovOps assistant secretary for digital engagement. Following the Code California launch, Quirarte said the state has urged agencies to look closely at open source code there before procurement, because “you just don’t know what’s out there.”

• It will “take all of us” to build a collaborative community, Quirarte said — including vendors, city partners and “service delivery organizations” like CfA. She emphasized the power of being transparent, inclusive and adaptable, and creating a community and collaboration.

“The policy that we released is more than just for open-source code. It’s really a statement about how California is committed to being open and collaborative,” Quirarte said, describing a “growing community of practice.”