Andrew Hinkle, chief information officer at the California Department of State Hospitals, discusses his agency’s move to telework; how it has enabled televisitations for patients during the time of COVID; and technology projects on the horizon.
Sep 3 / By News Staff 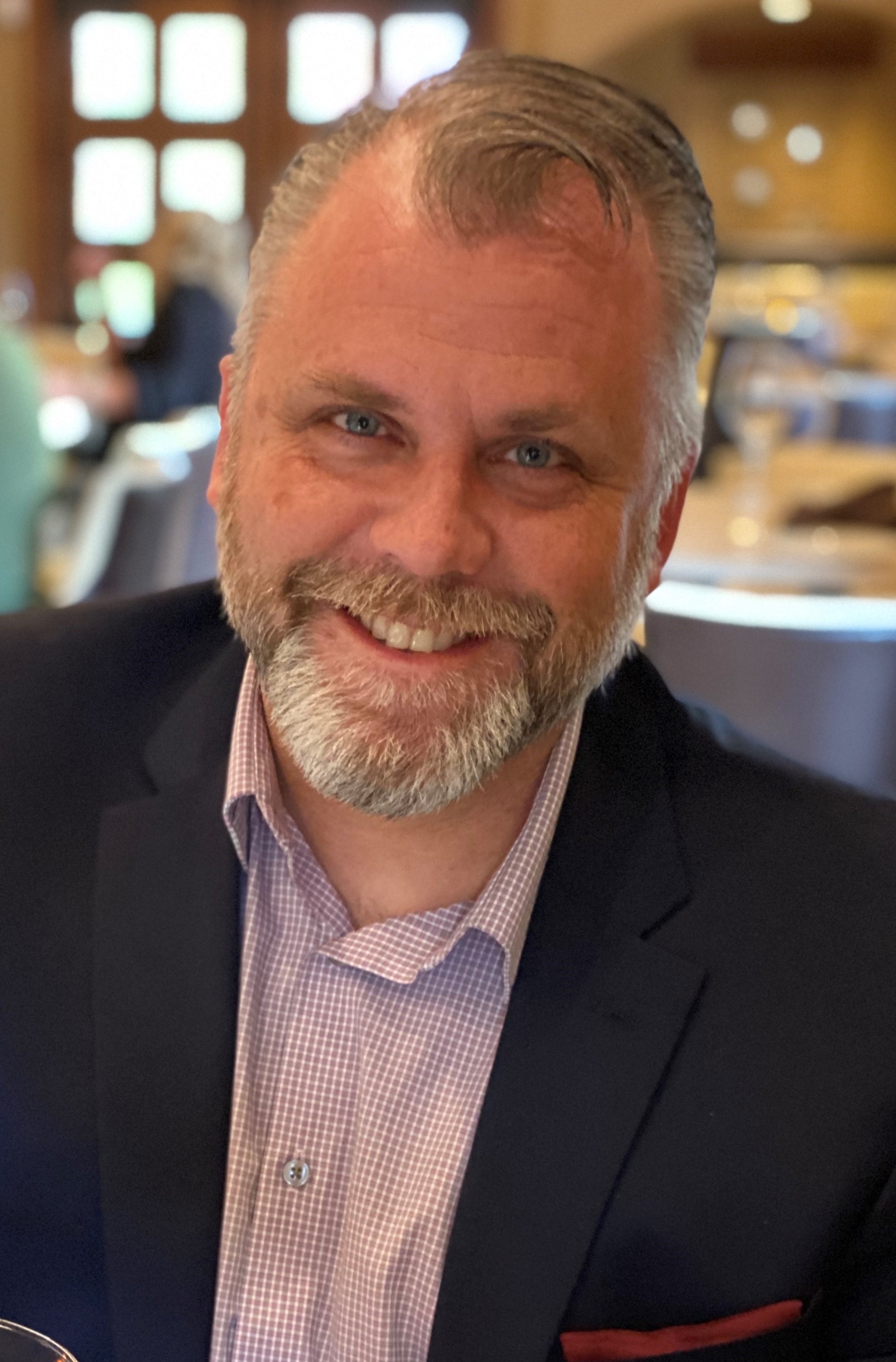 As part of Techwire’s ongoing efforts to educate readers on state agencies, their IT plans and initiatives, here’s the latest in our periodic series of interviews with departmental IT leaders.

Andrew Hinkle is chief information officer for the California Department of State Hospitals (DSH), a position he’s held since January after having served as interim CIO for about four months. Hinkle has been at DSH for more than a decade, having joined in September 2009 as an application developer. Before becoming CIO, Hinkle was chief technology officer at DSH for nearly four years, during which he managed entities including its enterprise server and networking, and client and field services teams. Before joining DSH, Hinkle was a private-sector consultant from September 2006 to September 2009, and before that, he held technology positions at the California Highway Patrol and the California Secretary of State’s Office. Hinkle has a Bachelor of Arts degree from California State University, Sacramento and graduated from the state Information Technology Leadership Academy.

Techwire: As CIO of your organization, how do you describe your role; and how have the role and responsibilities of the CIO changed in recent years?

Hinkle: As the CIO at DSH, I consider myself a strategic partner in the advancement of the mission and goals of the department. During my state career, I’ve seen the role significantly change. As technology has become more and more prevalent in the workplace, the role has shifted from a very operational, tactical “keep the lights on” mode to one that aligns technology with strategic goals and promotes the development of initiatives that anticipates future needs and envisions the path to achieve them.

Techwire: How big a role do you personally play in writing your organization’s strategic plan?

Hinkle: As a member of the department’s executive team, I am responsible for helping to draft and implement our strategic plan. The team is comprised of our Directorate, Deputy Directors and Hospital Executive Directors. Currently, the team is focused on drafting KPIs (Key Performance Indicators) that can measure how well DSH achieves the goals defined in the strategic plan. These KPIs are imperative so that DSH can make decisions based upon facts and hard data.

Techwire: What big initiatives or projects are coming in 2020? What sorts of RFPs (Request For Proposal) should we be watching for in the next six to 12 months?

Hinkle: The Technology Services Division (TSD) is focusing on a couple of large projects this year.

We will be beginning the implementation of a centralized, standardized Pharmacy System. This effort will consolidate five standalone, localized pharmacy applications into one modern system that will include capabilities such as automated dispensing, data integration with other systems, a modern billing interface and a statewide inventory management system. An RFP to bring a vendor on board for this effort will come out this winter.

We are also continuing our preparations for our Electronic Health Record (EHR) effort. We are now in the planning stages of this effort and are working through the Stage Gate process. Ultimately, this effort will implement a COTS (commercial-off-the-shelf/software and hardware) primary care EHR with an integrated behavioral health module, a scheduling application that interfaces existing patient applications, and finally advanced data analytics that will enhance data-driven decision making. This year, we will be releasing an RFP to hire a consultant to assess our wireless infrastructure at each hospital and make recommendations that will allow the EHR application to operate on the same wireless network as our Personal Duress Alarm System (PDAS) for staff safety.

And finally, we are moving our headquarters to the new Allenby Building, which is currently under construction. This building will have a shared infrastructure between three tenants, including the Department of State Hospitals, the Department of Developmental Services and the California Health and Human Services Agency. We are currently working with the Department of General Services to solicit a bid for a vendor to provide the complete network as a service to all three entities. The bid for this effort will come out this summer and we anticipate awarding this fall.

Techwire: How do you define “digital transformation,” and how far along is your organization in that process? How will you know when it’s finished?

Hinkle: I’d define “digital transformation” as the use of technologies to develop IT processes and programs that support our business. As an organization, we are pretty IT-centric. In addition to myself, our executive team has four other team members who have worked in IT leadership roles, either here at DSH or in other state departments. I think that really helps me have some true partners within the program and it shows IT’s worth internally. Although we are on a road-mapped journey to this transformation, we still have a long way to go. In fact, I think the journey never really ends. We’ve embraced a continual improvement mindset that means we are constantly learning and constantly improving upon processes and tools.

Techwire: What is your estimated IT budget and how many employees do you have? What is the overall budget?

Hinkle: TSD’s budget is approximately $91 million. The Technology Services Division has a total of 200 staff members.

Techwire: How do you prefer to be contacted by vendors, including via social media such as LinkedIn? How might vendors best educate themselves before meeting with you?

Hinkle: That’s a good question. I get a lot of vendor contacts via LinkedIn, emails, phone calls. It’s honestly too much to keep up with on a daily basis. I’d say the people who are most successful at contacting me and getting in to talk with me do it in one of two ways. Either they start with my team and get them on board and excited, or they get referred to me by someone else in the community, possibly another CIO/CTO or a partner that we’ve worked with in the past.

In terms of educating themselves prior to a meeting, I think there are a couple of things that successful partners have done. They read our strategic plan online and really understand it. They also look at our current projects that are in the PAL process as well as any budget changes that are public.

Techwire: In your tenure in this position, which project or achievement are you most proud of?

Hinkle: I’ve been officially in my role as CIO since January 2020 and was acting CIO for about four months prior. My tenure has been really dominated by COVID-19. Our IT projects and initiatives have drastically changed in these past six months. I'm really proud of my team’s ability to facilitate mass scale remote work and services since COVID hit California. We’ve been able to push thousands of staff to telework, while maintaining the same level of service, which is amazing considering we provide direct patient care for approximately 6,000 patients at any given time. We also implemented a televisitation system that allows patients to remotely visit with loved ones even though most direct patient visitation had been suspended. And finally, we’ve expanded our telemedicine capabilities to provide extended support for remote medical care. These were all game changers for us as we faced the realities of COVID.

Techwire: If you could change one thing about IT procurement, what would it be?

Hinkle: I’d make the processing times quicker. A leveraged procurement or a simple request can go quickly, but more complex procurements around services can take six months or more to complete. I’d like to find a way to be more agile and quicker in these types of solicitations.

Techwire: What do you read to stay abreast of developments in the gov tech/SLED sector?

Hinkle: The duties specified with my job have transitioned significantly as I’ve moved out of technical roles and into my current position. I try to stay on top of technology developments in a few ways. I read. A lot of what I read now is about leadership, but I still try to dive into new technologies. I subscribe to magazines like Techwire and read those daily, but I also read a lot of Gartner articles. I like to tinker around, too. I still like to write code. Mostly, that’s me at home, but every once in a while, I’ll write something at work to automate a process or parse through data for a report.

Techwire: What are your hobbies, and what do you enjoy reading?

Hinkle: I used to like to play basketball but cannot do that during the time of COVID. Lately, my wife and I have been playing a lot of golf, which I enjoy. I also enjoy hiking. I read on a variety of subjects; it really runs the gamut from technology and politics to fiction and history. I still try to read geeky IT titles and continue to learn. Lately, in my spare time, I’ve been reading more history.

Editor’s note: This interview has been lightly edited for style and brevity.